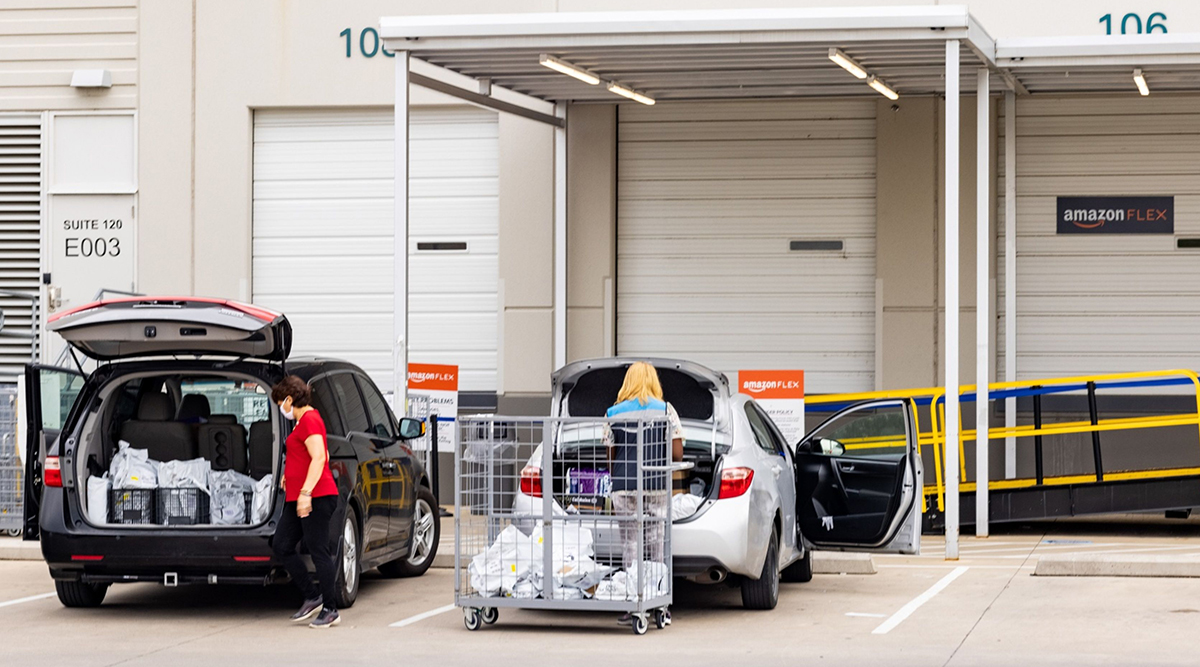 An Amazon Web Services outage is wreaking havoc on the e-commerce giant’s delivery operation, preventing drivers from getting routes or packages and shutting down communication between Amazon and the thousands of drivers it relies on, according to four people familiar with the situation.

Three delivery service partners said an Amazon.com Inc. app used to communicate with delivery drivers is down. Vans that were supposed to be on the road delivering packages are sitting idle with no communication from the company, the person said.

Amazon Flex drivers, independent delivery people who carry parcels in their own cars, can’t log into Amazon’s app to get assignments, another person said.

The problems come amid Amazon’s critical holiday shopping season when the e-commerce giant can ill-afford delays that potentially could create lasting logjams. One delivery business owner on the West Coast said the company halted deliveries on Dec. 7 and planned to regroup on Dec. 8.

“We are actively working on a number of different mitigation and resolution actions,” Amazon said on its AWS dashboard. “While we have observed some early signs of recovery, we do not have an ETA for full recovery.” The company didn’t immediately comment on the issues with its delivery operation.

The outage began at about 10 a.m. ET, according to DownDetector. At the height of the outage, the web monitoring site reported more than 20,000 complaints for Amazon and more than 11,000 for the company’s cloud computing arm, Amazon Web Services. By 1:45 p.m., the reported outages had declined by about half for AWS and two-thirds for Amazon.

Multiple popular websites were affected, including those operated by Coinbase, Robinhood, Disney+ and Netflix, according to DownDetector.

Some Amazon services, including music and video streaming, the voice-activated Alexa platform and security arm, Ring, were affected, too.

AWS said it had identified the cause of “increased error rates” and is working to fix it. Meanwhile, the company is directing customers to alternative servers in its Western region that aren’t experiencing problems. The increased errors are in the eastern North American region. Multiple Amazon cloud-computing services were affected, including Amazon DynamoDB and Amazon Elastic Compute.

Amazon declined to comment on the outage and directed users to its AWS dashboard.

AWS is the leading cloud-computing provider, selling companies computing power and software services on demand rather than maintaining their own data centers and teams in-house. Its customers include a wide range of industries and the federal government.