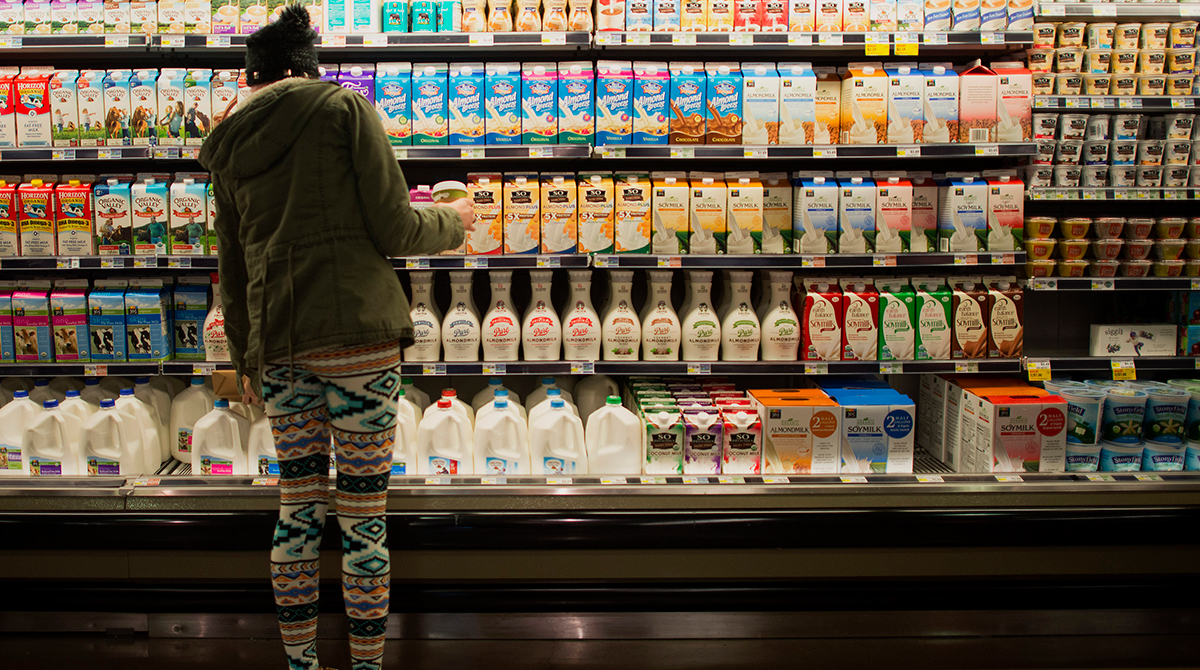 A shopper at a Whole Foods in Ohio. (Ty Wright/Bloomberg News)

The closed locations, out of more than 500 stores nationwide, are in Montgomery, and Mobile, Ala.; Tarzana, Calif.; Brookline, Mass.; and the Englewood and DePaul neighborhoods of Chicago, Amazon said April 29. Five stores will close by May 6, and the Englewood location will close in coming months.

“As we continue to position Whole Foods Market for long-term success, we regularly evaluate the performance and growth potential of each of our stores, and we have made the difficult decision to close six stores,” a Whole Foods spokeswoman said in an email. “We are supporting impacted Team Members through this transition and expect that all interested, eligible Team Members will find positions at our other locations.”

Amazon on April 28 said it had excess warehouse space and employees when explaining an unexpected first-quarter loss and a bleak outlook for the current period. Online sales dropped 3% in the quarter. The shares declined 14% on April 29, the biggest one-day drop since July 2006.

Revenue from physical stores, which is mostly Whole Foods, was one of the few bright spots from Amazon’s quarterly results, with sales of $4.59 billion, up 17% from a year earlier.

Amazon in March announced it would shutter its physical bookstores, “Amazon 4-Star” locations and mall pop-up kiosks to narrow its brick-and-mortar efforts to the grocery sector. The Seattle-based company made its biggest move into physical retail in 2017 with the $13 billion acquisition of Whole Foods Market. Since then, the company has also launched its own Amazon Fresh supermarkets and now has more than 20 locations in California, Illinois and the Mid-Atlantic region.

Chicago Mayor Lori Lightfoot on April 29 said the decision to close the two stores in her city was “disappointing.” She expressed concern for the workers as well as the harm to some residents in communities who risk having few other choices for their grocery shopping. The mayor also said new uses will need to be found so the locations don’t remain empty.

“Together with both communities and local elected leaders, my administration will work to repurpose these locations in a way that continues to serve the community and support the surrounding businesses,” Lightfoot said in a statement. “We as a city will continue to work hard to close food deserts that meet community needs with community at the table.”

The Englewood location opened in 2016 with great fanfare by then Mayor Rahm Emanuel, who had advocated for it as a way to bring fresh food and economic opportunity to a lower income, minority community on the city’s South Side. Amazon this month opened a new Whole Foods near the Chicago River North and Gold Coast neighborhoods.