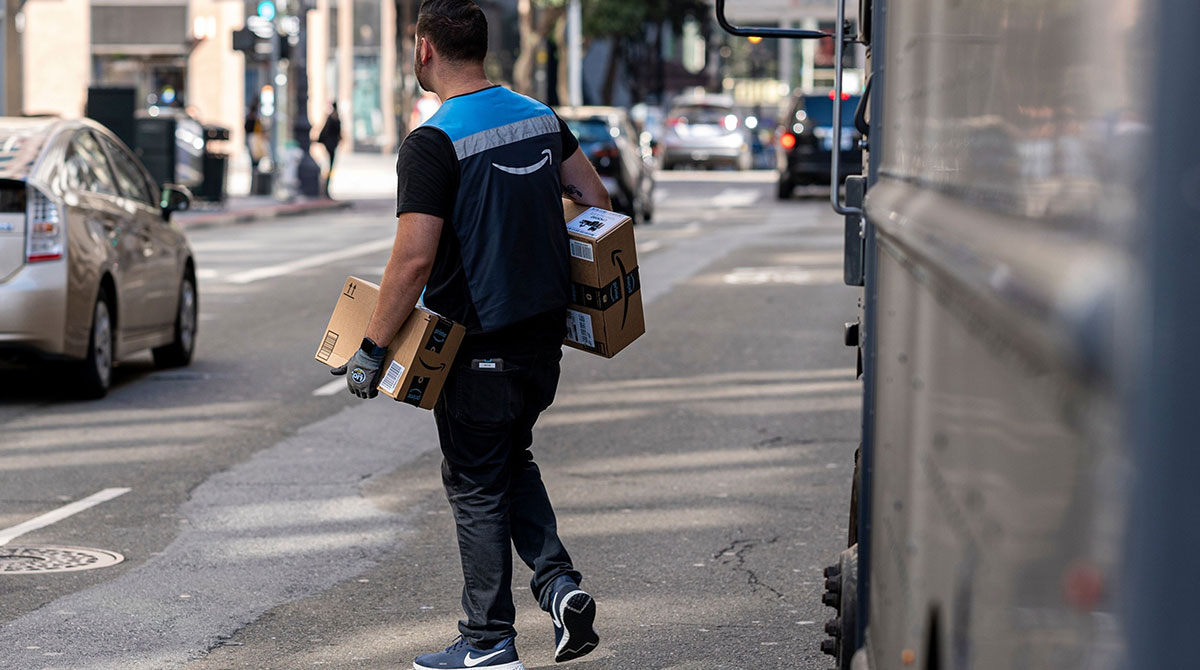 Amazon.com Inc. is expanding a program that lets Prime subscribers use the company’s speedy delivery service when shopping on other websites.

Introduced in April by invitation only, “Buy With Prime” will be generally available in the U.S. by the end of the month, according to Amazon. Pointing to the enduring power of the Prime membership program, the company said the number of customers who bought a product after clicking on it increased 25% on sites using the service.

In interviews, merchants said “Buy With Prime” boosts sales because shoppers are confident their products will be delivered quickly and because they don’t have to provide their personal information to an unfamiliar website. In another potential boon for independent web proprietors, Amazon will now let them post product reviews that currently run on its own site.

Amazon, suffering slowing sales as the pandemic-era boom cools, is looking for new ways to leverage its sprawling logistics operation. The company has long known that many Prime subscribers shop on other websites. Extending Prime perks to those online stores lets Amazon collect more shipping fees. The service also gives Amazon a weapon in its fight with Canadian rival Shopify Inc., which provides e-commerce software to millions of web stores and has been trying, with mixed success, to muscle into the logistics business.

Amazon in 2022 lost U.S. market share for the first time, according to Insider Intelligence. There are also signs that the company is running out of new Prime subscribers in its home market. Amazon had about 172 million members as of June 30, the same as six months earlier, according to Consumer Intelligence Research Partners, a Chicago firm that tracks Prime members via consumer surveys.

The “Buy With Prime” service adds value for Prime members by bringing fast delivery to other sites and helps merchants boost sales with minimal investment, Amazon Vice President Peter Larsen said in an interview. “If you offer ‘Buy With Prime,’ the increase in shopping conversion will more than offset the fees we are charging,” he said.

The former Amazon executives who founded Wyze initially balked at working with their former employer because they considered it a direct competitor. But they were struggling to reduce delivery times to less than an average of 14 days. Since joining “Buy With Prime,” average delivery times are down to seven days, and most Amazon orders get to customers in two to three days, said Wyze e-commerce chief Logan Dunn.

“We had a conversation with senior leadership: ‘Are we ready to give Amazon more of our information? We compete with Amazon,’ ” he said. “We felt the risk was pretty low and the reward was big.”

Guardian Baseball, a Louisville, Ky.-based firm that sells its own line of sports gear including bats, cleats and gloves, said the Amazon service helped it narrow delivery times from seven days to just two or three for the same rates it paid other carriers. Fast delivery paid off in November and December, when 25% of shoppers on Guardian’s website used “Buy with Prime,” said co-founder Matt Kubancik.

“Our goal wasn’t to reduce costs,” he said. “Our goal is to get it to customers in two or three days so if they order something on Wednesday, they’ll have it in time for their weekend tournament.”

Amazon for years has worked to expand its e-commerce success beyond its own web store. It relaunched its payments service Amazon Pay in 2013 to let customers shop on other sites using payment information stored with Amazon after killing earlier iterations. In 2015 it began closing is Amazon Web Store business, an earlier attempt to sell services that let online merchants create their own stores similar to Shopify.