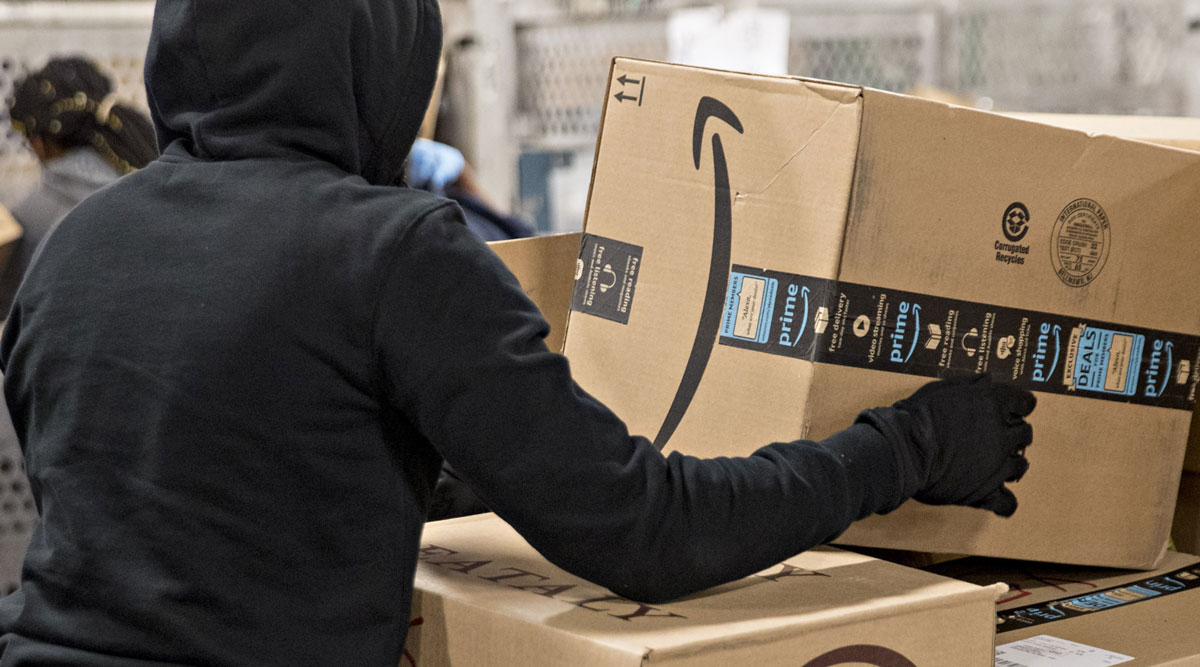 A USPS employee moves an Amazon.com Inc. package at a processing and distribution center in Washington in December 2017. (Andrew Harrer/Bloomberg News)

Amazon.com Inc. is severing ties with small delivery firms around the country — putting at least 1,300 drivers out of work — in an effort to eliminate partners that aren’t meeting its standards.

Bear Down Logistics, an Illinois company that rapidly expanded over the past two years, is shuttering operations in five states and letting go of about 400 drivers. Delivery Force, an Amazon delivery partner in Washington state, is cutting 272 drivers in Seattle and other cities. Kansas-based RCX Logistics, an Amazon delivery partner with operations in Texas, Alabama and Florida, will eliminate the jobs of more than 600 employees after losing its Amazon contract. Around the country, logistics firms are notifying state officials about facility closures and job cuts, signs that Amazon is culling the herd.

The action underscores the challenges of outsourcing deliveries to new, untested companies instead of traditional partners such as United Parcel Service Inc. and FedEx Corp. It also serves as a warning to Amazon delivery partners that the company is an exacting client willing to cut them off.

Bear Down Logistics notified Ohio, Virginia, Minnesota and Illinois that it would close facilities in those states in April, resulting in the loss of almost 280 jobs. Another Bear Down facility near Grand Rapids, Mich., will also close in April, according to documents reviewed by Bloomberg. About 120 drivers work at the Michigan facility, said a person familiar with the matter who spoke on condition of anonymity due to company policies about speaking with the media. The company also has Amazon delivery operations in Wisconsin, the status of which was not immediately clear.

“We have a responsibility to our customers and the communities where we operate to ensure these partners meet our high standards for things like safety and working conditions,” an Amazon spokeswoman said in an email. “Occasionally we need to end a relationship with a partner and when this happens we are committed to helping the impacted employees find opportunities with other delivery service partners or to learn more about the thousands of available roles at Amazon delivery stations and fulfillment centers.”

Amazon in 2018 launched a program encouraging aspiring entrepreneurs to lease vans, hire drivers and build their own businesses delivering packages to its customers. More than 800 such businesses have sprouted around the country with 75,000 drivers, helping Amazon increase delivery capacity. Amazon also has greater negotiating leverage over each small operator than it does with larger delivery partners like UPS, FedEx and the U.S. Postal Service.

Drivers working for Amazon delivery partners typically earn less than their counterparts working at larger delivery companies like UPS, which helps Amazon lower costs. One driver working for Bear Down Logistics in Michigan said he earned about $15 an hour delivering Amazon packages, while UPS paid seasonal drivers doing the same work in that area about $20 an hour.

The Bear Down experience also shows how hard it is to make a go of such businesses. When Amazon courted entrepreneurs, it touted the prospects of earning $300,000 a year with as little as $10,000 in up front costs, significantly less than most franchise businesses that can cost more than $100,000 to launch.