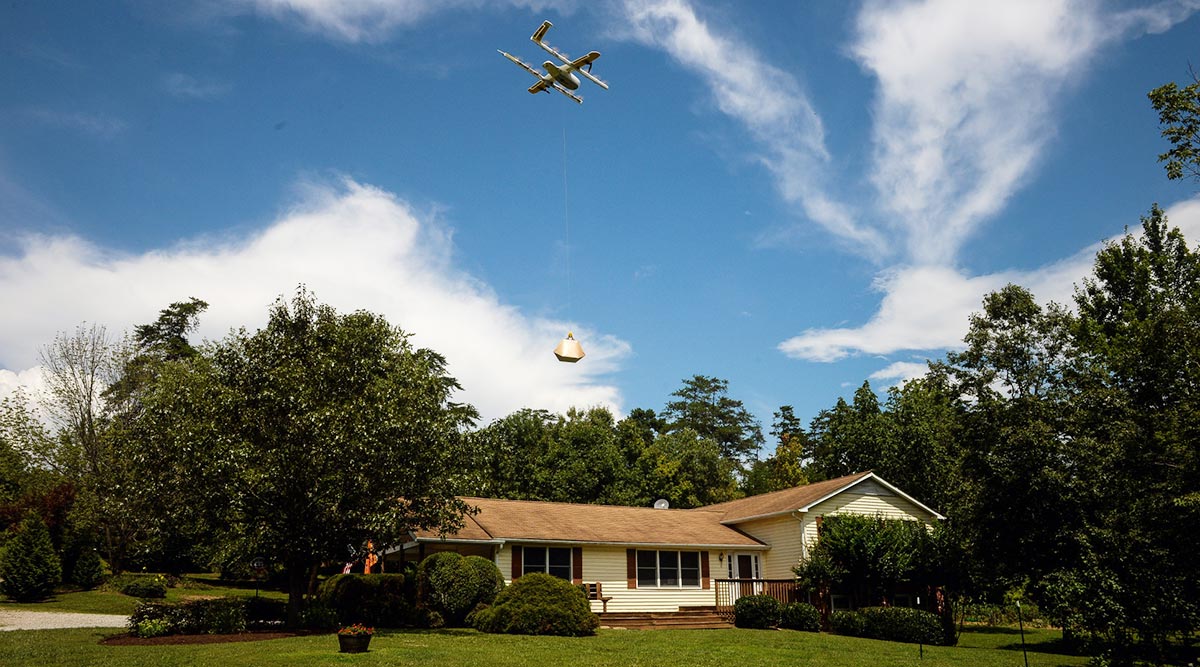 A Wing drone in action, dropping off a package. (Charles Mostoller/Bloomberg News)

An offshoot of Alphabet Inc.’s Google has become the first drone operator to receive government approval as an airline, an important step that gives it the legal authority to begin dropping products to actual customers.

The subsidiary, Wing, now has the same certifications that smaller airlines receive from the U.S. Federal Aviation Administration and the Department of Transportation. It plans to begin routine deliveries of small consumer items in two rural communities in Virginia within months, the company said.

“It’s an exciting moment for us to have earned the FAA’s approval to actually run a business with our technology,” Wing CEO James Ryan Burgess said in an interview. He called it “pivotal” both for his company and the drone industry in general.

Drone regulations still don’t permit most flights over crowds and urban areas, limiting where Wing can operate. But the approvals signed by the FAA on April 19 and April 23 give the company the ability to charge for deliveries of clients’ goods in Virginia and apply for permission to expand to other regions.

While scores of companies working in test programs have gotten FAA waivers to perform demonstration flights or to make deliveries over short distances, there has never been a drone company approved under the regulations designed to ensure safety at traditional charter airlines or smaller air-cargo haulers.

It required Wing to create extensive manuals, training routines and a safety hierarchy — just as any air carrier must do.

Companies receiving permission must also be majority owned by U.S. citizens under long-standing restrictions imposed by the DOT.

Some drone companies have complained that the process was too onerous. Many of the requirements that made sense for a charter airline — like flight attendants and seat belts for the crew — didn’t apply to them.

Burgess said that the process of applying to the FAA took months and was “very rigorous and very thorough.”

Other drone companies applying for FAA approvals should be able to move more quickly now that the agency and Wing have worked through the issues of what rules should apply to drone operators and which ones should not, Burgess said. 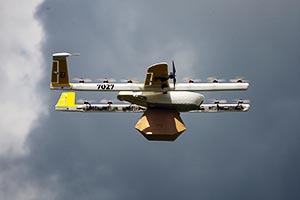 The FAA’s air-carrier certification was needed because existing rules created strictly for drones don’t allow the kind of flights Wing envisioned, he said.

According to regulations issued in 2016, for example, drone operators are allowed to fly for hire, but have to do so within strict rules prohibiting flights outside of a ground operator’s eyesight. Similarly, the FAA has allowed automated flights over longer distances, but they are only demonstrations and companies can’t accept payment.

In order for Wing to operate over longer ranges and actually charge for the service, it needed to become a full-fledged air carrier. The FAA confirmed the air-carrier certification was signed, but didn’t offer additional comment.

Wing plans to begin deliveries in the Blacksburg and Christiansburg areas of Virginia. The company has been conducting research at nearby Virginia Tech’s Mid-Atlantic Aviation Partnership.

Unlike Amazon.com Inc.’s Prime Air, another would-be drone delivery company, Wing will sell items from local merchants. Now that it has gotten FAA approvals, it will begin finding business partners in the two towns, Burgess said. 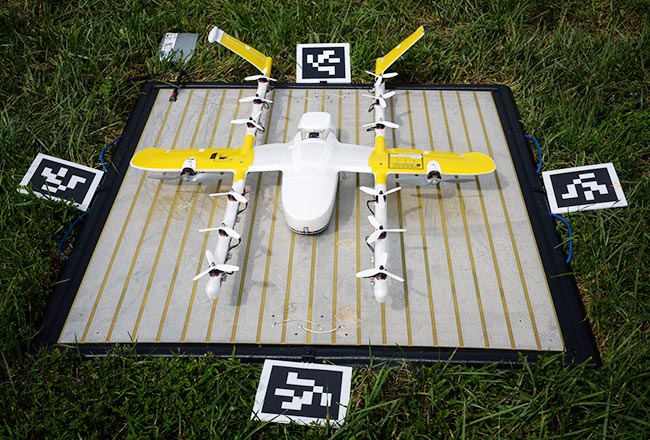 Wing’s drone, a hybrid between a helicopter and plane, is able to lift off vertically and fly horizontally at high speeds. It carries packages in its belly, lowering them to people’s yards with a tether while it hovers a safe distance overhead.

The company also recently won approval for drone deliveries from regulators in Australia, where it has conducted extensive testing.

Because the idea of drones flying over people’s homes is so new, the company also plans to conduct extensive outreach to local government leaders and the public, Burgess added. Actual deliveries are expected to start within several months.

The FAA’s approval demonstrates the rapid maturation of drone technology, he said.

“It shows these devices can be value added in our communities,” Burgess said. “They can be a faster, cleaner, less expensive way to transport things while still adding to the safety of society.”