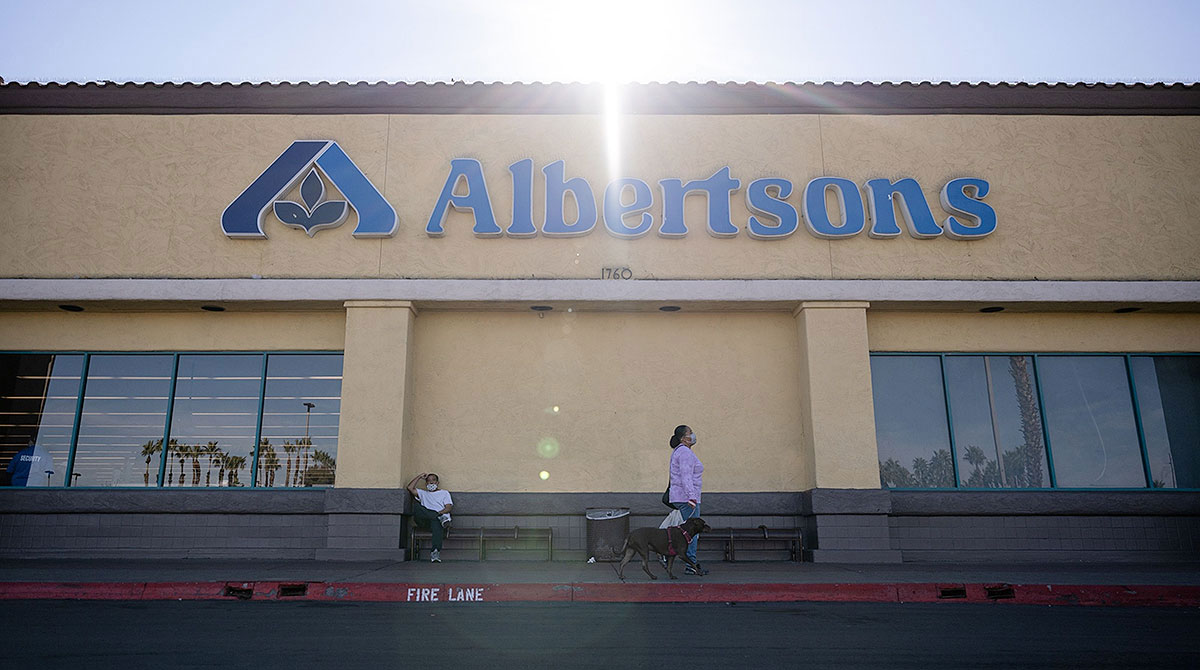 Albertsons Cos. may be looking to unload some of its nearly two dozen grocery chains as the company launches a review of its business strategy, analysts said.

Selling off pieces of the company would reward Cerberus Capital Management and Philadelphia-based Lubert-Adler Partners, two investment firms that ushered Albertsons into the public markets and now own near half its shares. As of December, New York City-based Cerberus held a 32% stake and Lubert-Adler, 12%. The firms didn’t respond to requests for comment.

The Boise, Idaho-based supermarket operator went public in 2020, selling about 50 million shares at $16 a piece. Since the IPO, share prices have risen about 85% before the announcement of the review Feb. 28 bumped up the stock further as Wall Street welcomed the move.

Albertsons, the second-largest grocer in the U.S. behind Kroger, put out feelers to possible suitors in its Feb. 28 announcement. The company said the review, aided by Goldman Sachs and Credit Suisse, would include mulling “potential strategic or financial transactions” and entertaining “inquiries,” typically outside offers of possible mergers or acquisitions.

“The board believes the continuing strength of our business and the scale of our portfolio of assets warrants a deep and considered review of all possible paths toward maximizing value creation,”board co-chair Chan Galbato said in a statement. Galbato is CEO of Cerberus Operations, which provides operational guidance to companies in Cerberus’ portfolio.

Albertsons didn’t give a timetable for the review or an indication that it was leaning toward any strategic direction, and added that the review could result in no action. A spokeswoman said Albertsons had no further comment.

“These investors buy assets for a song, put a little money into it, make the stores better, then sell at a profit. Now they want to get some good returns on that,” said John Stanton, a professor of food marketing at St. Joseph’s University in Philadelphia. “Their real business is selling companies, not food. That’s what you hire investment bankers for, to sell assets.”

Acme could be sold “as real estate” to other store chains, said Stanton, who is not connected to the review.

Though the review surprised some industry observers, analysts from Morgan Stanley to Guggenheim speculated that parent company Albertsons could be worth more in pieces, providing a hefty payout for its larger investors. Albertsons operates about 2,300 supermarkets, 1,700 stand-alone pharmacies, 400 gas stations, and dozens of warehouses and food processing plants, spread among 34 states.

Albertsons and other grocers have felt increasing pressure, not just from Walmart, whose in-store markets rank it with the largest supermarket operators, but also Amazon, whose same-day deliveries and purchase of Whole Foods have positioned it to sell more groceries. Grocery consultants say even the largest chains will have to spend more on marketing, inventory, automation and delivery services to protect market share.

Albertsons Cos. ranks No. 4 on the Transport Topics list of top grocery carriers in North America.

Latest Apps Promise Fast Service, but Can They Deliver?