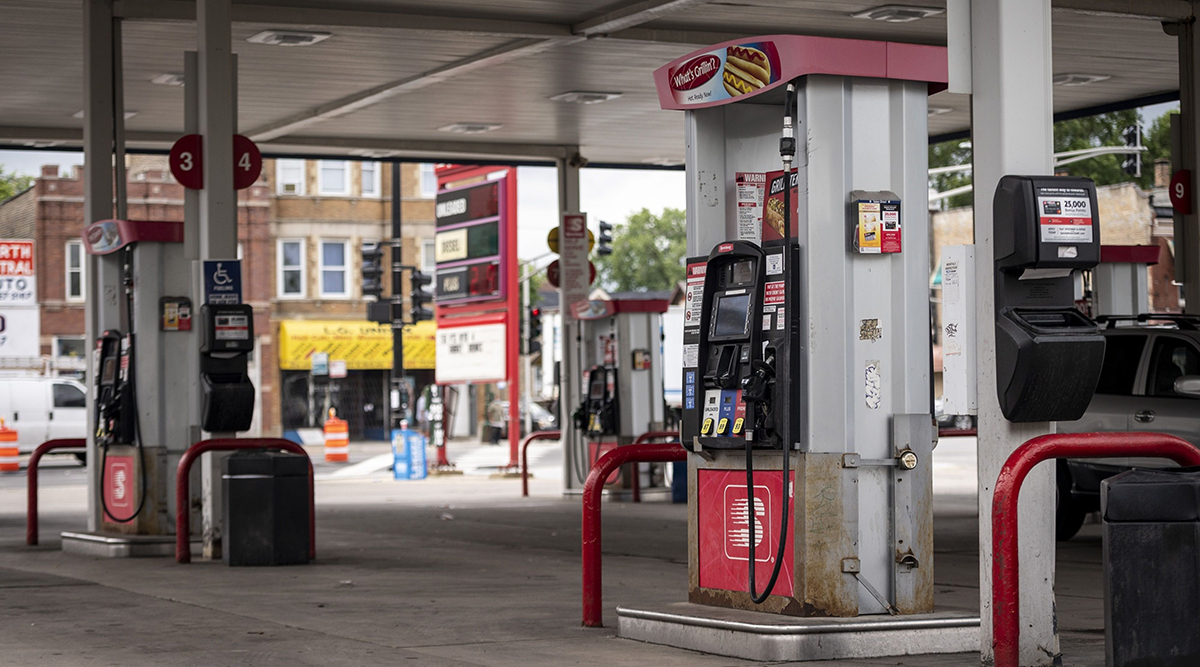 Fuel pumps at a Speedway in Chicago. (Christopher Dilts/Bloomberg News)

The order disclosed June 25 by the U.S. Federal Trade Commission resolves lingering concerns over the transaction. In May, FTC acting Chairwoman Rebecca Kelly Slaughter and her fellow Democratic commissioner said the agency would continue to investigate the acquisition even as 7-Eleven said the deal had been completed.

7-Eleven’s parent, Tokyo-based Seven & i Holdings Co., agreed in August to acquire about 3,900 Speedway outlets from Marathon to create a dominant position of almost 14,000 stores in the U.S. and Canada.

The transaction followed months of pressure on Marathon from investors including Elliott Management Corp. and D.E. Shaw & Co., for sweeping changes to improve its performance. Elliott had pushed for Marathon to break itself up into three separate businesses: refining, retail and pipelines.

Under the terms of FTC’s proposed order, 7-Eleven will divest 124 stores to Anabi Oil, 106 to CrossAmerica Partners LP and 63 to Jacksons Food Stores.

Marathon shares were down 0.7% to $61.95 in midday trading in New York, after earlier spiking higher on the news.