You Can Say That Again! Eric Flick Leads Seven Repeat Winners in Nevada 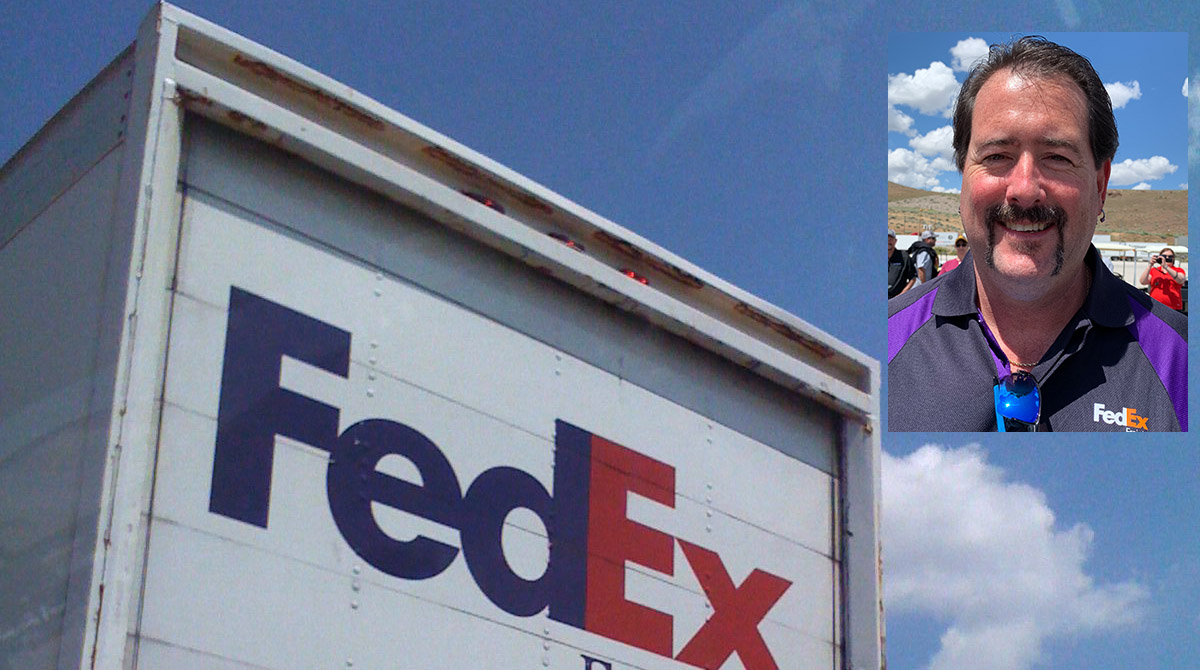 Grand Champion Flick of FedEx Freight will be making a return trip to the NTDC after winning the Flatbed class for the second year in a row. (Flick photo courtesy of Kim Yaeger/Nevada Trucking Association)for the second

If you’re gonna roll a 7, it may as well be in Nevada, right?

Seven class winners from 2018 again visited the winner’s circle at the Nevada Truck Driving Championships on June 1 in Reno.

Eric Flick, competing in Flatbed, bested the field at the Regional Public Safety Training Center to claim Grand Champion honors. His next stop will be the National Truck Driving Championships, where he will be joined by Patrick Nerger of FedEx Express, Brandon Hardy of XPO Logistics, Randall Stromlund of UPS, Matt Hart of FedEx Freight, David Sharp of UPS and Robert Fini of FedEx Express. Stromlund, Hart and Sharp prevailed after winning in different divisions last year.

For Flick, the mental edge comes by "the 6 inches between your ears." The competitive edge? Don't underestimate the field.

"There are a lot of really giood drivers, and I have a lot of respect for them," said Flick, who will be making his fifth trip to NTDC. He won in Twins in California in 2002, then didn't claim another championship until 2014, when he won his first of four in Nevada. His class victories have come in Twins, Tank Truck and Flatbed.

Since he has consecutive wins in Flatbed, he'll be ineligible for that division next year. But that won't stop him from competing.

"We'll do Tank or Sleeper next year," Flick said.

The Grand Champion said competition breeds camaraderie. He, Stromlund, Sharp and Nerger have formed their own practice squad.

"It's a really good team, even through we work for different companies," Flick said.

And you can't argue with the results: Nevada took home the team trophy from last year's nationals in Columbus, Ohio.

Wilson, a fixture in Nevada’s competitive trucking scene, did not compete at this event. He was, however, named Nevada Trucking Association’s Driver of the Year. Gregory Miller of FedEx Freight emerged as Rookie of the Year.

About 65 drivers competed, with an estimated 55 volunteers on hand to help keep things on course. This year marked the first time the event was staged at the Regional Public Safety Training Center.

A blood drive was held in conjunction with the TDC. Twelve donors volunteered, and of those, nine donations were successful. That resulted in 11 units of blood, which will go toward saving up to 33 lives, according to information provided by Jessica P. Patrick, donor recruitment representative for Vitalant. The nonprofit blood donor services organization is based in Scottsdale, Ariz.

Class winners moving on to nationals: