Yield Curves Invert in US, UK as ‘Doom and Gloom’ Spreads 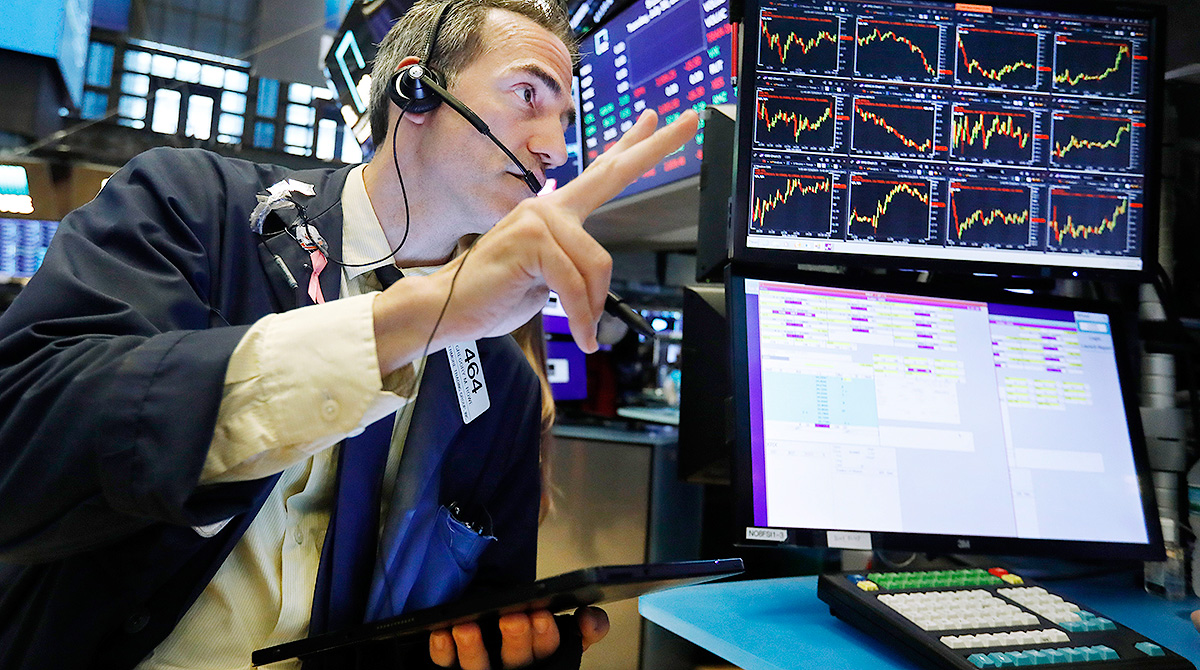 The stream of investors seeking refuge in the safest parts of the market has triggered yet another recession warning, with yield curves inverting from the United States to the United Kingdom.

The gap between two- and 10-year yields dropped below zero on both sides of the Atlantic after a wave of soft economic data globally. Weaker-than-forecast Chinese retail sales and industrial output set the mood for the markets, with data later in the day showing Germany’s economy contracted, adding to the gloom.

“The bond market is saying central banks are behind the curve,” said Marc Ostwald, global strategist at ADM Investor Services in London. “It’s all doom and gloom on the global economy.”

Investors have been driving into areas of the bond market that still offer a positive yield, typically longer-dated assets that offer better returns, in order to protect their funds from a global slowdown in growth. It’s an ominous development because it suggests the prizing of safety over return: The curve typically is upward-sloping, as an investment over 10 years is expected to pay more to compensate for the longer-term risk.

This move has been a long time coming, and reflects a significant escalation of growth concerns. The two-to-10-year curve has been on a gradual flattening trend for more than two years on rising doubts about the health of the global economy and weak inflation. Another widely watched recession indicator, the yield difference between three-month and 10-year Treasuries, inverted in March and has been negative much of the time since.

“Where the U.S. leads, the U.K. follows,” said Adam Dent, U.K. rates strategist at Banco Santander SA. “The market has previously been very reluctant to abandon the idea that rates will eventually normalize.”

The curve isn’t the only thing flashing high alert. The Federal Reserve Bank of New York’s index showing the probability of a U.S. recession over the next 12 months is close to its highest level since the global financial crisis, at around 31%.

With assistance from Emily Barrett.