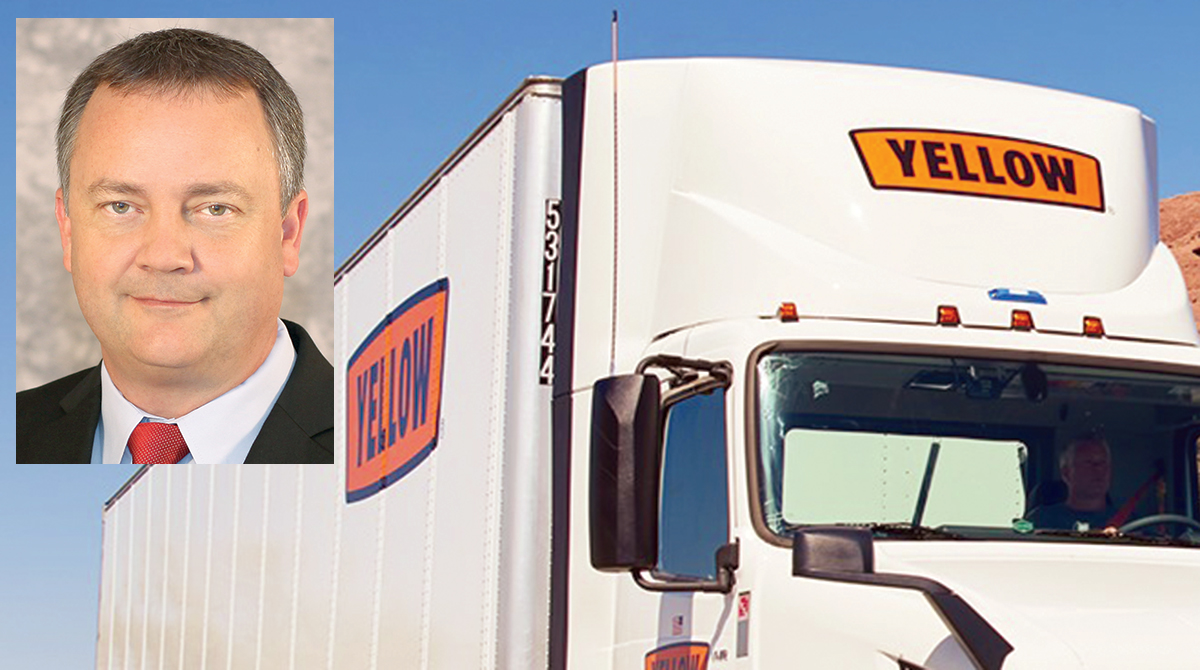 Hawkins pointed to Yellow’s quarterly and full-year 2021 revenue gains along with improved operating ratio as proof that the turnaround plan implemented several years ago is working.

“When you think about the year and the progress throughout the year — and then have Q4 with [an] operating ratio with a 95 handle on it — for Yellow it is huge strides in the right direction,” he said. “Those kinds of things are very encouraging, not only to our investors but also for all of our truck drivers that work here,” Hawkins said.

A one-time $250 million transfer of some nonunion employee pension liabilities to an insurance company prevented the Overland Park, Kan.-based carrier from reporting a Q4 profit. However, Hawkins said the action made financial sense.

“That’s actually a good move on that nonunion pension piece, to transfer a quarter of a billion dollars out of those plans,” he said. “The administration of those plans come with costs as well, so we’re basically able to move that out.”

Hawkins said the transfer will protect the retirements of an estimated 3,700 current and former employees with no loss of benefits, and helps the company’s long-term position.

According to one survey, the near-term is promising for the sector.

Shippers recently surveyed by Bank of America said they expect capacity to remain very tight in 2022, with nearly 60% expecting shipping rates to rise and 30% expecting capacity to be lower.

Some point to the ongoing driver shortage as a contributor. American Trucking Associations has said the industry is short at least 80,000 drivers.

Hawkins said Yellow is working to train new drivers for its trucks.

“Our current driving academies are going very well,” Hawkins said. “We’ve hit our targets for 2021, and we’ve set 1,000 drivers as the target for 2022 [from] the driving academies. That doesn’t include all the other [things] that we do to bring on drivers.”

Hawkins said Yellow’s 14 driving academies are participating in a new U.S. Department of Transportation program to recruit and train more people for the trucking industry.

Meanwhile, he also noted that Yellow’s unionized drivers have two years left on a labor deal with the International Brotherhood of Teamsters, which provides some cost certainty.

Hawkins also noted that the company’s long-term plan to revitalize its fleet will continue in 2022. In the past 18 months it has replaced 17% of its tractors and 9% of its trailers, reducing the average age of its vehicles on the roads by more than two years. This year Yellow will purchase 450 new tractors.

In 2020, Yellow received $700 million in two federal loans under the $2.2 trillion Coronavirus Aid, Relief and Economic Security Act. Each loan was for $350 million. Hawkins told TT that the money has been spent and now Yellow is buying new trucks with cash on hand while at the same time repaying the loans.

We are excited to announce the Yellow Driving Academy is expanding. Learn more about our new locations: https://t.co/xT211oJZQI #yellow pic.twitter.com/fH8SIpUFZk — Yellow (@Yellow_Trucking) February 9, 2022

“I think the LTL pie is getting bigger all the time and the industry is very healthy,” he said.