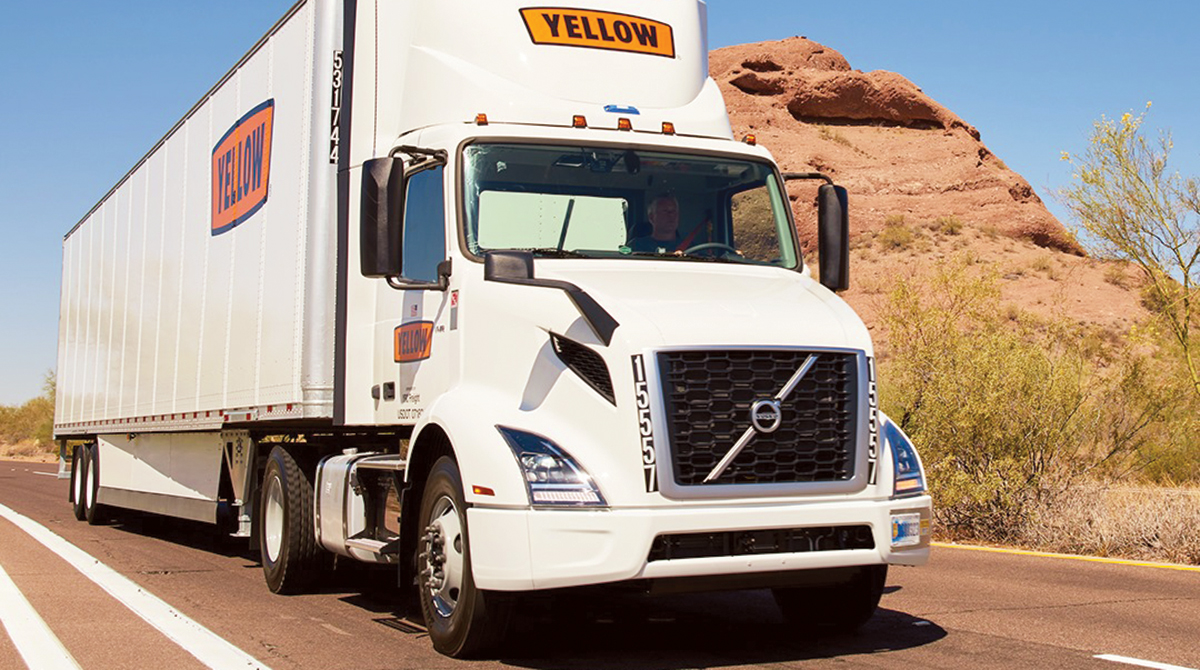 The Overland Park, Kan.-based carrier also on Feb. 2 reported an increase in revenue for both periods.

However, Yellow reported a Q4 and full year net loss.

The company said its fourth-quarter and full year figures were significantly impacted by its fourth-quarter transfer of $250 million in its qualified non-union pension plans into a contract for a group annuity. That transferred the retirement and pension obligations for approximately 3,700 participants to an insurance company.

Company officials said the employees and retirees whose benefits were moved will not see any changes to those benefits as a result of the transfer and the change will work to improve Yellow’s long-term financial health.

On Dec. 9, 2021, when Yellow announced the pension plan changes, it said it anticipated the move would negatively impact quarterly earnings, resulting in a loss of between $50 million and $60 million.

“The Partial Pension Annuitization of the near fully funded non-union pension plans is an important step in derisking our balance sheet, by mitigating the potential volatility associated with the transferred obligations and assets,” Chief Financial Officer Dan Olivier said in a statement. “This step will help keep our focus on improving operationally and financially.”

On the operations side, Yellow’s quarterly and full year operating ratio showed improvement. The quarterly ratio was 95.7, an improvement from the fourth quarter of 2020 when it was 98.8. For the full year the ratio improved to 98.0 from 98.7.

“In the fourth quarter, we remained focused on the initiatives that led to improving financial performance during the year,” CEO Darren Hawkins said. “We executed our yield strategy to improve profitability of the freight moving through our network.”

Company officials said they see the company’s long-term health continuing to improve, especially as it has completed the technology transfer to integrate its four regional carriers (New Penn, Holland, Reddaway and Yellow Logistics) onto one technology platform called One Yellow. On Nov. 8, Yellow finalized the name change of its logistics division to Yellow Logistics from HNRY Logistics.

“We also recently completed the conversion of our final operating company to the One Yellow technology platform, as planned and on schedule,” Hawkins said. “This is a significant milestone on the multiyear journey to One Yellow and allows us to continue transforming North America’s second largest LTL network. This includes the integration of the linehaul network, to support both regional and longhaul service as well as the optimization of local pickup and delivery operations to eliminate duplicity. When completed, our customers will benefit by interacting with one company for both regional and longhaul shipments leading to improved asset utilization, enhanced network efficiencies and cost savings.”

In 2020, Yellow received $700 million in two federal loans under the $2.2 trillion Coronavirus Aid, Relief and Economic Security Act. Each loan was for $350 million. The company is continuing to spend that money to upgrade and revitalize its fleet.

“Yellow concluded one of the largest capital expenditure plans in its history this year that included investments in tractors, trailers, technology, box trucks, containers, liftgates and other assets,” Hawkins said. “The high level of reinvestment began in the fourth-quarter 2020 and through the end of 2021; approximately 17% of the tractors and 9% of the trailers in the fleet have been upgraded. The newer tractors will run the highest number of miles in the fleet, fully leveraging the environmental benefits. Compared to the tractors that are being replaced, the newer units are approximately 30% more fuel efficient and that is expected to result in a corresponding reduction in CO2 emissions.”