XPO Reports Record Revenue, but Issues in LTL for Q3 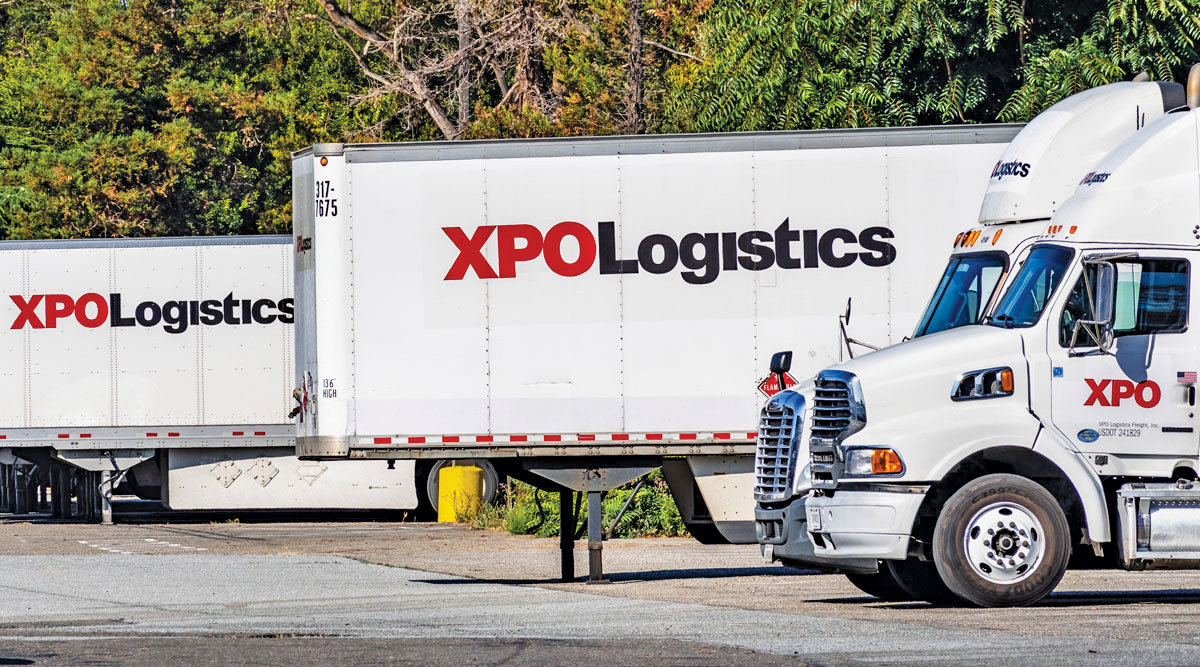 XPO Logistics Inc. reported the highest revenue in its history Nov. 2, but noted some challenges with less-than-truckload performance for the third quarter.

The Greenwich, Conn.-based trucking and logistics company posted a net loss of $57 million, or a loss of 49 cents a diluted share, for the three months ending Sept. 30. That compared with net income of $98 million, or 83 cents, during the same time the previous year. Total revenue increased 22% to a record $3.27 billion from $2.68 billion.

The Q3 bottom line result included a $78 million loss from discontinued operations related to the spinoff of the company’s contract logistics business into a stand-alone company, GXO Logistics.

XPO beat quarterly revenue expectations by Wall Street investment analysts, who had been looking for $3.06 billion, according to Zacks Consensus Estimate.

“Even great companies stumble now and then, and we certainly did not stumble companywide,” Chairman and CEO Brad Jacobs said during a call with investors Nov. 3. “We certainly did not stumble in Europe; the numbers were great. It would be very difficult to make an argument that we stumbled in truck brokerage since we have industry-leading results there. But we stumbled in LTL. We were focused on other things and didn’t keep our eye on the ball there.”

...We will course-correct LTL with a great level of urgency.

The North American less-than-truckload segment reported that revenue for Q3 increased 14.8%, to $1.07 billion from $933 million for the same period in 2020. Operating income for the segment decreased 12.4%, to $149 million from $170 million. Management attributed the results to its attempt to insource purchased transportation amid equipment and labor challenges.

XPO has initiated a plan to improve its LTL business by enhancing network efficiencies and driving growth. The plan aims to improve network flow with:

“We love solving problems,” Jacobs said. “We have a tremendous track record of creating significant shareholder value over the long term for our investors. And we will course-correct LTL with a great level of urgency. And I’m confident we will.”

Revenue in the brokerage segment increased 27.2%, to $2.26 billion from $1.78 billion last year. The growth reflects a rise in truck brokerage loads per day in North America and improved pricing across segment services, which were supported by its digital platform as well as improving market conditions. These gains partially were offset by the impact of the global semiconductor shortage. Operating income for the segment increased 87.1%, to $58 million from $31 million.

“In North American truck brokerage, every major metric was up year-over-year by large double digits,” Jacobs said. “We grew third-quarter gross and net revenue in truck brokerage by 62% on a 37% increase in load count per day. Our top 20 customers increased their total volume with us by 45%, and our share of wallet is trending up with key customers.”

Jacobs added the gains are being driven by brokered capacity, digital capabilities and customer trust. The XPO Connect digital platform also has tripled its customers from a year ago. More than 550,000 drivers have downloaded the app as of Nov. 2.

Cowen and Co. sees the LTL segment results largely as an execution miss, given the strong results from other companies. The investment bank and financial services firm is encouraged by the initiative the company is taking with its plan. But lowered LTL expectations may take more than a quarter to change.

“XPO reported a top- and bottom-line beat, although a slip-up in the LTL segment and a resetting of near-term OR expectations will likely put shares under pressure today, as an execution miss in the hot LTL environment will likely get penalized,” Cowen analyst Jason Seidl wrote in the report. “Strategic actions are in place for its LTL business, and full-year guidance increased marginally.”