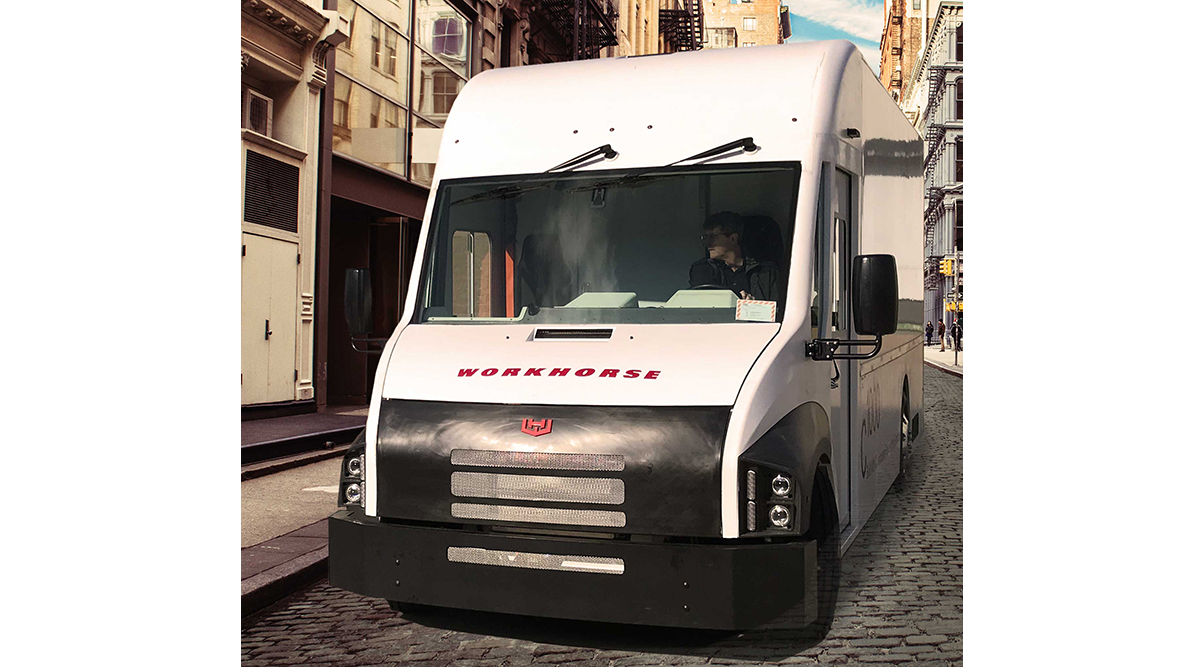 A Workhorse C1000 electric van on the streets on New York City. (Workhorse)

Workhorse Group Inc. shares plunged Sept. 22 to their lowest since May after the embattled electric vehicle maker said it will suspend deliveries of its vans and recall units it has already delivered.

The electric van, called the C-1000, would require additional testing and modifications to existing vehicles in order to certify them under federal motor vehicle safety standards, the company said in a statement. Workhorse has also identified several enhancements in the production process and design of the vehicles to address customer feedback, which is mainly related to increasing the payload capacity.

Workhorse, which will be recalling 41 vehicles already delivered, expects to complete testing in the fourth quarter. The shares sank as much as 14% earlier in the session, but then pared some of the losses to close down 9.5% in New York.

Cowen analyst Jeffrey Osborne lowered his price target on the company to $7.50 from $8.50, and also reduced his estimates for 2021 and 2022 after the announcement, saying a “turnaround appears more challenging.” The analyst also expects working capital to likely be challenged due to prepayments for batteries and other critical materials. 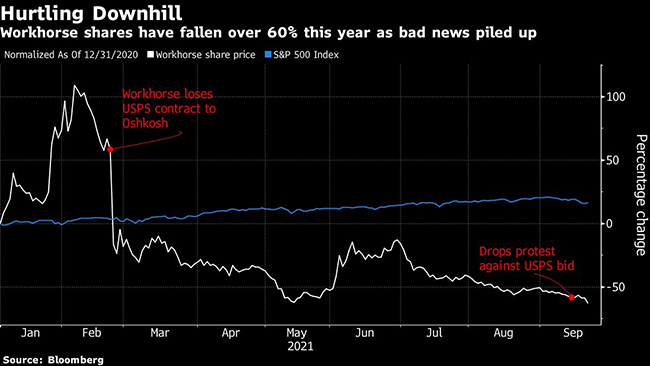 The Sept. 22 update is just the latest in a string of bad news for the company, including a report saying it is being investigated by the U.S. Securities and Exchange Commission, as well as disappointment related to losing out on a U.S. Postal Service contract that many had expected Workhorse to win. Earlier this month, the company said it withdrew its complaint against the USPS bid process, a move that had weighed on the stock.

As one of the earlier publicly traded EV startups apart from Tesla Inc., Workhorse shares reaped big benefits last year, surging 551% as investors piled into electric car companies. However, the tables have turned this year, as competition from traditional automakers is increasing. Workhorse shares have lost nearly 60% this year through the Sept. 21 close.