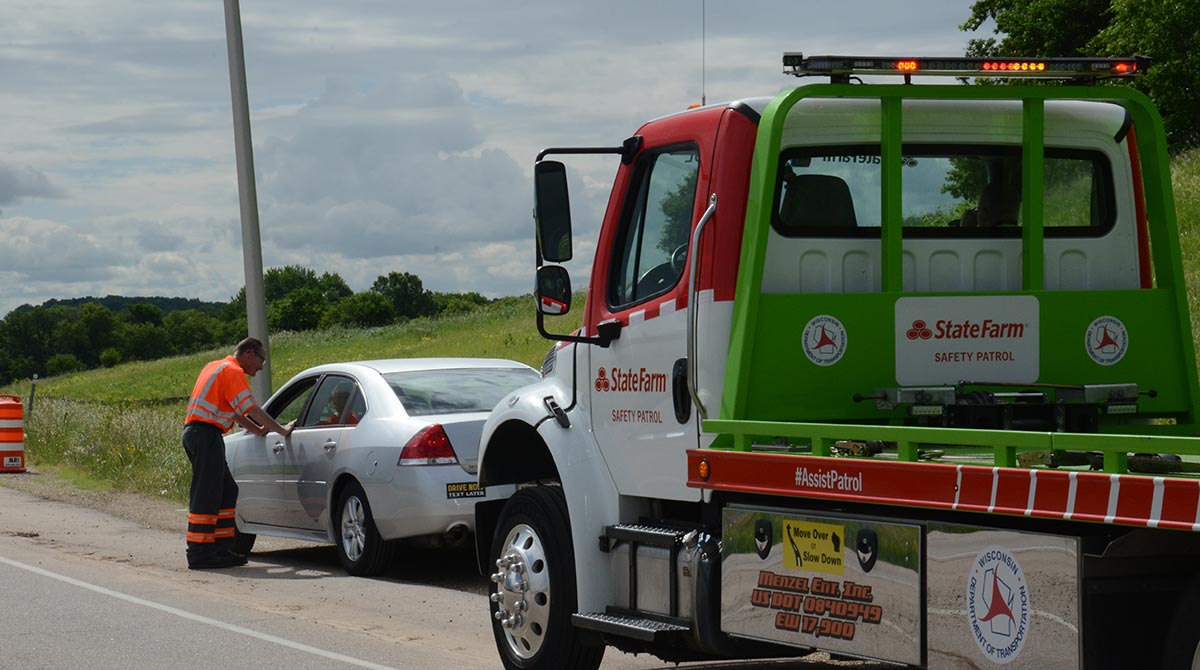 The Wisconsin Department of Transportation announced June 26 that it has sold corporate sponsorship of the department’s roadside assistance services to insurance giant State Farm.

The deal is the first of its kind for the department, DOT spokesman David Hunt said.

It was unclear June 26 whether it was the first time state government has sold naming rights to taxpayer-funded services.

State Department of Administration spokesman Steve Michels said each state agency would have to respond to questions about whether it is pursuing sponsorship or naming rights deals.

Hunt said the deal will help defray the department’s cost of about $1 million a year to provide the services. State Farm will pay a $225,000 sponsorship fee to the state in the program’s first year, with the fee open to negotiation in subsequent years, he said.

“It has kind of a stadium naming rights feel to it,” Hunt said. “It’s the same good service for less cost to the taxpayer.”

Zones patrolled include ongoing highway projects on Verona Road in the Madison area and U.S. interstates 39-90 in Dane and Rock counties. Services include providing fuel, changing flat tires, jump-starting vehicles, removing road debris and relocating disabled vehicles off the highway, according to a DOT release.

Seventeen other states, including Illinois, have similar agreements with State Farm, according to a DOT statement. The DOT conducted a bidding process in 2016 for the sponsorship, and State Farm was the only respondent, Hunt said.

A message left with the office late June 26 was not returned.

Hunt said the department has no immediate plans for other sponsorship deals but wouldn’t rule out other opportunities.

“We continue to be open to funding solutions that are going to deliver value to the taxpayers,” Hunt said.

DNR Secretary Cathy Stepp created controversy in 2015 when she said that the state would consider selling naming rights to state parks to help them operate without tax support — a step the department has yet to take.

That concept drew pushback from environmental groups, Democratic lawmakers and others.

Sen. Jon Erpenbach (D-Middleton) said at the time it could lead to a sponsorship arrangement such as “Devil’s Lake State Park brought to you by Menards.”

Todd Berry, president of the Wisconsin Taxpayers Alliance, said the State Farm deal may irk some who oppose private naming rights for public services or facilities. But Berry said the deal is “not unusual in the public context.” He noted public universities and local governments often sell naming rights to stadiums, event centers and other facilities.

“It may be new for state government, but it’s old hat for state universities and counties and municipalities,” Berry said.