Will Rise of EVs Mean the Death of the Gas Station? 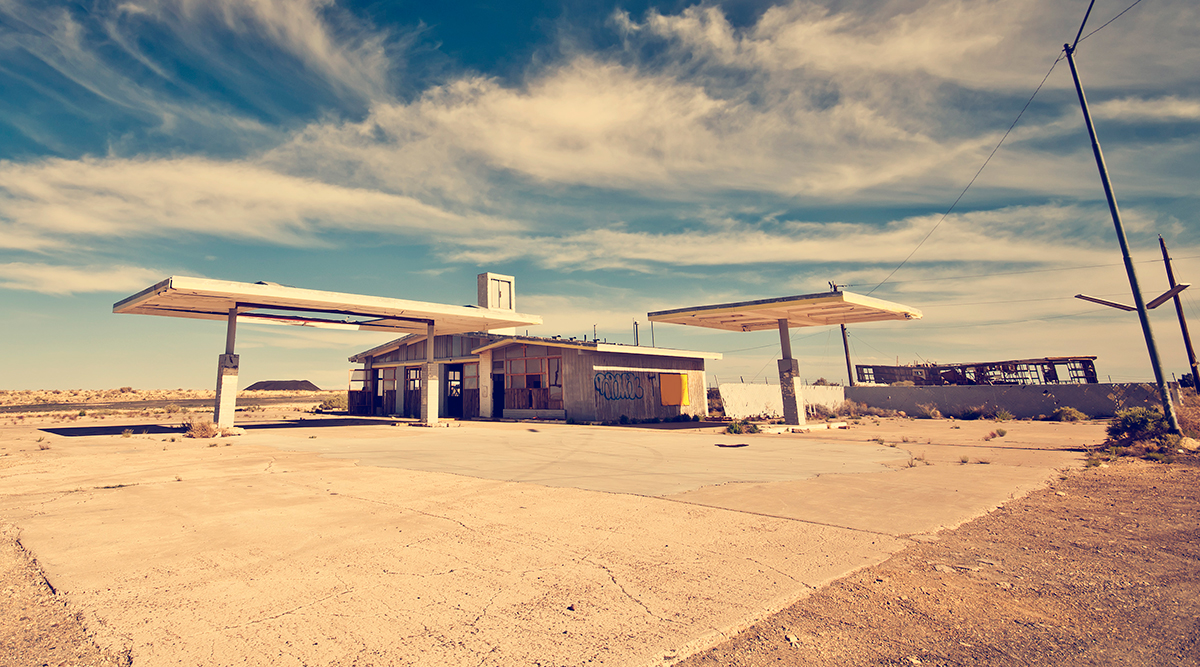 For more than a century, gas stations have been the heart of California’s car culture, offering fuel, food and friendly directions along back roads and byways.

But the rush to EVs may leave them in the dust.

Quintessential small businesses that are often owned by immigrants, as many as 80% of stations could be unprofitable by 2035, when the state stops all new gas car sales. Already, fewer cars are gas-guzzlers, reducing demand for fuel. A growing number of cities are banning new station construction.

“It’s going to make this industry extinct,” predicted Sanjiv Patel of the Milpitas-based American Petroleum and Convenience Store Association, which represents some of the state’s 250,000 station owners and employees.

“Here in the Bay Area, we are ground zero,” with one of the nation’s highest concentrations of electric vehicles, he said. “Things will start from here, and then spread.”

Electric vehicles need something different. They take time to charge. And chargers can be located anywhere — home, work or a charming coffee shop. Think Starbucks, not Shell. 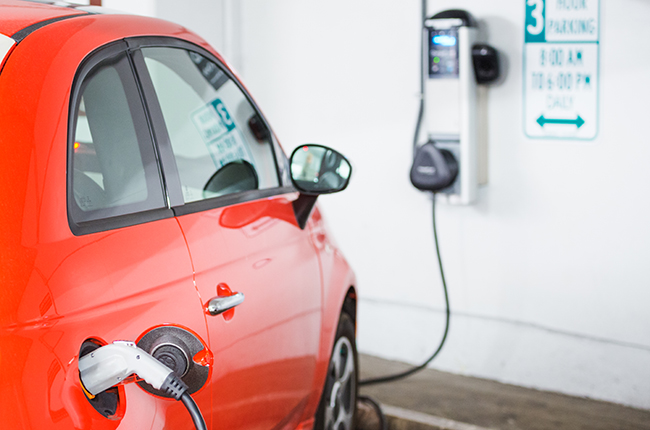 The other obvious move — add EV charging — is not as simple as it looks, said Chris Bambury of the California Fuels & Convenience Alliance, the Sacramento-based trade association for independent gas marketers.

It requires a redesign of a station site. It demands much more power than traditionally needed by a service station. And owners aren’t sure how much to charge consumers, because electric rates fluctuate.

Unless charging gets faster, it’s expensive and impractical, said station managers. At this point, stations are only adding chargers because they’re required by some cities and counties; there’s little consumer demand, they said. And while the state’s grant money helps reduce the installation cost, the chargers don’t support themselves.

“The charging stations are a loss leader, not a revenue generator,” said Rotten Robbie CEO Erin Graziosi, who has placed two chargers at a San Jose station that cost $180,000 and sit unused much of the day. “People don’t have the same fueling habit as with liquid fuels.” 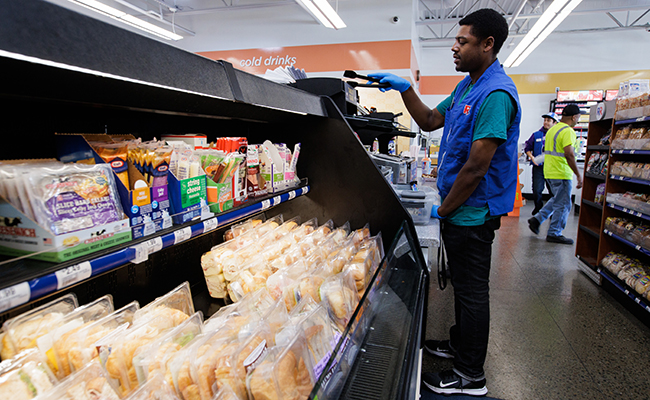 Even before EVs, the nation’s gas station industry had been consolidating, with about half as many outlets now as in the 1980s, according to Jeff Lenard of the trade association Advancing Convenience & Fuel Retailing.

Gas retailers are exiting because of low margins on fuel sales and fierce price competition from big box stores like Walmart and Costco, he said.

Stations once supplemented their income with car maintenance and towing services. But auto dealers are aggressively marketing long-term care contracts, pushing gas stations out of that business, said Bambury. And few stations are still in the towing business, due to soaring insurance costs. 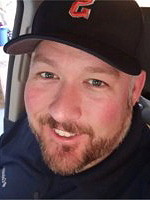 Californians’ move to EVs, which need neither fuel nor oil changes, will help prevent a disastrous heating of the planet — and accelerate the decline of the gas station.

An analysis by Boston Consulting Group concluded that between 25% and 80% of the fuel retail market could be unprofitable in the next 15 years. This means that thousands of stations would go out of business.

Fueling habits have always changed with the times. Before service stations, motorists bought five-gallon cans of gas at a general store or livery stable, just like they bought kerosene for their lamps. It was messy, smelly and dangerous.

With the growth of the highway system, drivers wanted a convenient fill-up wherever they went — and by 1935, America’s landscape was dotted with 200,000 stations.

These early stations offered fuel but also free air, water and the nation’s first commercial road maps. An attendant, in overalls and a cap, washed your windshield.

Growing up alongside America, they became destinations. In one stop, you could wash your windshield, stretch your legs, buy cigarettes or eat a snack. In the 1957 classic On The Road, Jack Kerouac described sleeping under a tree in front of a gas station for “two delicious hours,” then cooling down with a “rich, thick, milkshake.”

In more recent years, gas stations have served as a financial springboard for newcomers, especially people from India. An estimated 61% of all gas station owners are immigrants, according to the Fiscal Policy Institute. Success hasn’t required a big investment, strong English proficiency or a fancy college degree. With about $500,000 in loans — $100,000 from friends and family and the rest from the Small Business Administration — it was possible to build a life in the Bay Area, said Patel.

“First-generation immigrants have this enormous drive to control their own destiny” by owning a business, said Patel, a tech engineer who got his start with a small station in Berkeley. “As long as you are willing to work hard, roll up your sleeves, get your hands dirty and put the time needed, there’s a good chance you will succeed. Off you go. It’s the American dream.”

To be sure, many cars will continue to need gas. The transition to EVs will take time. But the route forward is cloudy, and banks may be increasingly reluctant to lend to businesses with an uncertain future.

Sanjiv Patel of the American Petroleum and Convenience Store Association

The most vulnerable stations are those in affluent urban neighborhoods such as the Interstate 280 corridor, where people charge EVs at home and shop at Safeway, not a gas station’s convenience store, say experts. Stations in rural or lower income communities, where there are more gas-powered cars and fewer grocery stores, are more secure. So are stations along long-distance routes, such as the Central Valley’s Interstate 5.

But to survive in the long term, gas stations must revamp for the future — and try new strategies.

On San Jose’s Old Oakland Road, a major renovation by Graziosi has transformed an unsightly commercial fueling station into a popular site with modern pumps — including the two EV chargers — and a sparkling 3,800-square-foot convenience store. Located on a busy corner, the new store sells the usual Pennzoil and Peak antifreeze, but also salted caramel smoothies, six types of fresh coffee and 14 styles of sandwiches.

“Merchandising has become much more of the focus” of Rotten Robbie, a fourth-generation family business with 35 stations, said Graziosi, who is planning additional remodels. “People wanted more things to buy, so we needed more things to sell.”

In Sonoma County, where Petaluma, Santa Rosa and Cotati have banned any new or expanded gas stations, owners are trying a similar strategy, said Bambury. While selling fresh food means higher labor costs, “we’re lucky enough that we can pivot to what the customer wants,” he said.

Over time, many sites will be sold and stations will become more rare, predicted Patel. Service station sites are hot commodities for developers, especially in cities, on flat land and in central, high-traffic locations. While they may require cleanup, they rarely trigger fights over preservation, displacement or the other issues common with new buildings.

“We’re not living in ‘La La Land,’ believing that crude is going to be there forever,” said Patel. “But I wish I had a crystal ball.”

“What will happen to the people working in this industry?” he asked. “It’s their livelihood. It’s their retirement. It’s their savings. It’s their everything.”