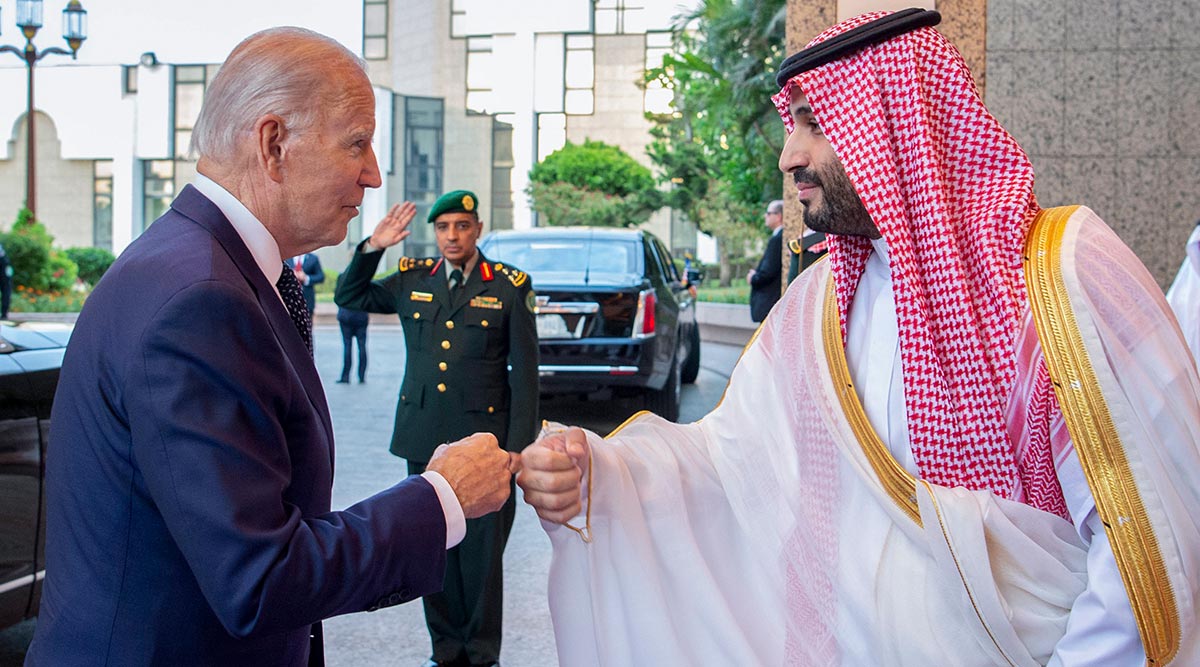 Biden’s trip didn’t result in an immediate pledge for a production hike, but U.S. officials said they were confident that Riyadh would lead the OPEC+ alliance to an agreement for a gradual boost next month.

“Saudi Arabia has committed to support global oil market balancing for sustained economic growth,” the White House said in a statement July 15. “These steps and further steps that we anticipate over the coming weeks have and will help stabilize markets considerably.”

Biden’s meeting with King Salman bin Abdulaziz and his son, Crown Prince Mohammed Bin Salman, in the port city of Jeddah comes after high fuel prices compelled the president to backtrack on an earlier vow to isolate Riyadh over the 2018 killing of Washington Post columnist Jamal Khashoggi. Gasoline remains near record levels of $5 a gallon in the U.S., spurring discontent as midterm elections approach.

The U.S. welcomed production hikes that already had been announced by the Saudis and other OPEC+ members for this month and next. Any further increases are expected to be modest as the Persian Gulf heavyweights choose to preserve their remaining spare capacity amid supply disruptions ranging from Libyan unrest to sanctions against Russia. The buffer of idle output has dwindled to “razor-thin” levels of just over 2 million barrels a day, according to the International Energy Agency.

Biden’s visit sets up the Aug. 3 meeting of the Organization of Petroleum Exporting Countries and its allies, which will calibrate output for September and beyond, as the next significant date on the oil market calendar.

Adel Al-Jubeir, Saudi minister of state for foreign affairs, said supply decisions would be based on ongoing assessments of the market. He also stressed that Saudi Arabia would continue to work with OPEC+, the alliance that includes Russia — whose oil revenues the U.S. is trying to squeeze because of its invasion of Ukraine.

“We assess demand and we work in consultations with other oil producers in OPEC and OPEC+ to make sure that we have adequate supplies,” the Saudi minister told a separate news conference. “We base that on fundamentals, not on speculations, not on hysteria, not on geopolitics.”

The U.S. welcomed production hikes that had already been announced by the Saudis and other OPEC+ members for this month and next.

Under the terms of the existing OPEC+ agreement, Saudi Arabia’s production is due to reach almost 11 million barrels a day next month, a level it has only rarely maintained in its decades as a crude exporter. Any further increases would test the kingdom’s maximum sustainable capacity, which state-run giant Saudi Aramco puts at 12 million barrels a day.

The White House statement also announced a clean energy partnership between the U.S. and the kingdom, which will include Saudi investments to speed up the transition away from fossil fuels to clean energy. The framework will focus on solar, hydrogen and nuclear, with a mix of public and private-sector involvement.

— With assistance from Annmarie Hordern, Jennifer Jacobs and Jenny Leonard.