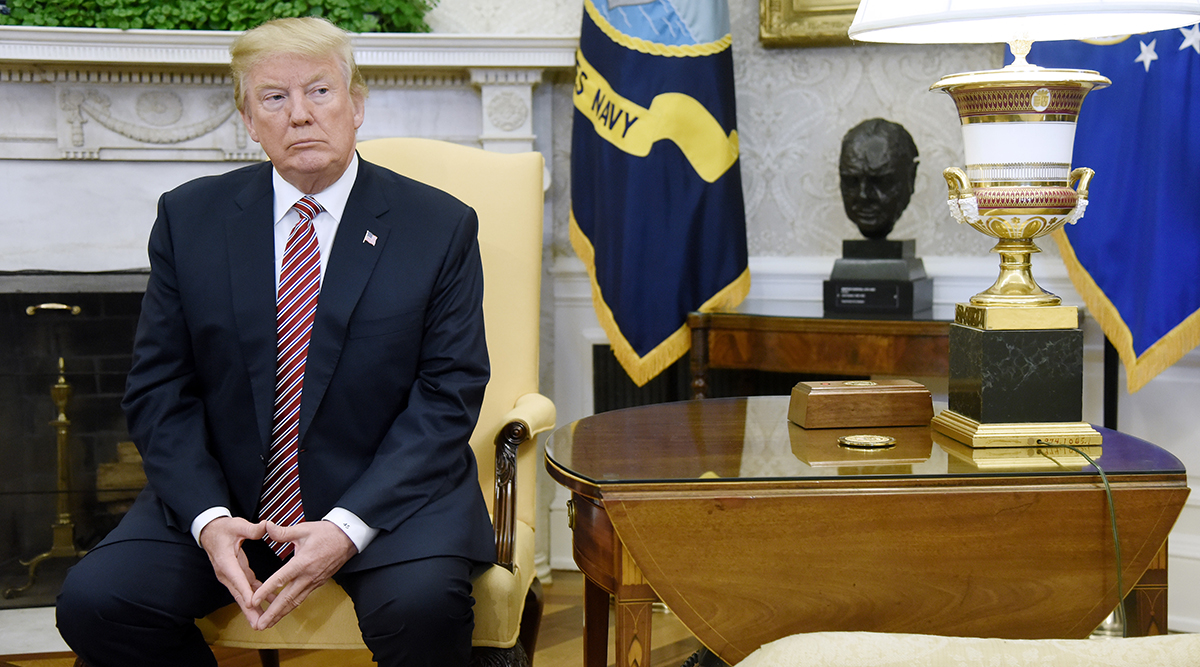 The Trump administration has no formal proposal on the table for a so-called reciprocal tax on imports, according to a U.S. official who sought to clarify whether a levy that risks escalating tensions with key trading partners would be enacted.

The clarification came Feb. 12 after President Donald Trump had said earlier in the day that his administration was planning to enact a levy on imports from other countries at the same rates those countries impose on U.S. products.

“We’re going to be doing very much a reciprocal tax,” Trump said at a White House event on infrastructure. “And you’ll be hearing about that during the week and during the coming months.”

Later in the day, the official said there is no proposal for such a tax in the works and the president was simply reiterating sentiments he has long held.

Trump is scheduled to meet with lawmakers Feb. 12 to discuss trade issues.

Proposals to tax imports were fiercely debated early last year as the administration explored plans for its tax overhaul.

A House Republican proposal to tax imports, known as the border-adjusted tax, was removed from tax revamp plans after facing intense opposition from import-heavy industries such as retailers, and a cool reception from Senate lawmakers. Ultimately, no such import tax made it into the tax law that passed in December.

While Trump hasn’t elaborated on how his plan for a reciprocal tax would work, he appears to be calling for import tariffs, which are taxes levied on specific goods or countries at varying rates. He has suggested he would increase tariffs on individual countries based on the duties those countries impose on U.S.-made products.

That’s different from the House Republican’s vision for a border-adjusted tax, which would have imposed a single tax rate on U.S. companies’ imports.

In an April interview with Fox Business Network, Trump said “when you say I’m going to charge a 10% or a 20% border tax, everyone goes crazy, because they like free trade,” Trump said. He added later: “But when you say ‘reciprocal tax,’ nobody can get angry,” adding “You say, ‘OK, whatever you charge, we’re charging.”’

RELATED: Trade deficit is wider than any month or year since 2008

During the White House meeting on Feb. 12, Trump emphasized that his commitment to a reciprocal tax hasn’t waned. Trump asked Commerce Secretary Wilbur Ross whether he too supported the tax, saying “oh, would he be in trouble” if he didn’t. “Could you imagine if he said no,” Trump said to laughter.

Ross followed with a full-throated endorsement of such a measure. “We gave away so much unilaterally that we really have to claw it back” from trading partners, he said.

Trump shifted during the discussion of infrastructure to blast “very unfair” treatment of the U.S. by “so-called allies, but they’re not allies on trade” that charge tariffs on U.S. producers yet benefit from lower U.S. trade barriers to export to America.

“We cannot continue to be taken advantage of by other countries,” Trump said in the White House meeting with state and local officials. “We cannot continue to let people come into our country and rob us blind and charge us tremendous tariffs and taxes and we charge them nothing. We cannot allow that to happen.”

In October, Trump started talking about an economic development bill that would provide incentives for companies to keep jobs in the U.S. It’s unclear what the bill would entail, but during the Forbes interview he referenced the idea again of a reciprocal levy on imports, where the U.S. should charge countries what they charge.