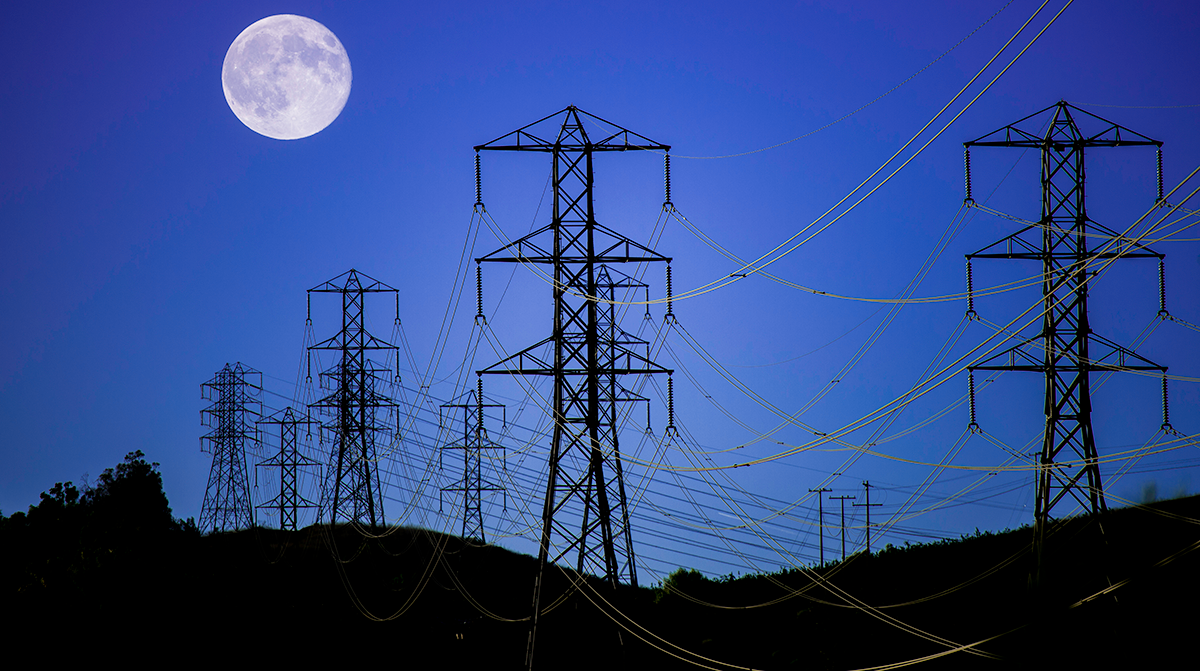 The Biden administration is pursuing an agenda to achieve a carbon pollution-free power sector by 2035 and a net-zero, greenhouse gas-emission economy by 2050. (surfmo/Getty Images)

Launching a $2.3 billion effort for states and tribes to revamp the national power grid is the latest White House effort to bolster electricity usage to modernize transportation infrastructure.

The national power grid is facing numerous challenges resulting from extreme weather, insufficient transmission capacity to transfer power across regions and aging transmission lines and transformers (70% are more than 25 years old), according to the U.S. Department of Energy.

Upgrading and expanding the transmission system will improve the national electrical grid’s reliability and resilience while facilitating integration of clean energy sources.

“There is no question that a modernized grid is the linchpin to President [Joe] Biden’s goal of a nation powered by reliable, renewable clean energy,” Secretary of Energy Jennifer Granholm said April 27 in announcing a new formula grant program under the Infrastructure Investment and Jobs Act (IIJA).

States and tribal nations are to submit information, outcomes and possible progress metrics about how they would reduce outages from severe events or lower health and safety risks arising from such outages. Applicants must include goals and statistics for workforce engagement, high labor standards and quality job creation. The information, due June 2, will help DOE structure its formula grants.

“A reliable, resilient electric grid is critical for withstanding climate change impacts and to achieving President Biden’s goal of a national grid run on a 100% clean electricity by 2035,” a DOE press statement noted. The program, administered through DOE’s new Building a Better Grid Initiative, will help states and tribal nations with projects creating jobs to deliver clean, affordable and reliable energy.

All Americans deserve a safe, clean environment. That's why we're investing $2B+ for three initiatives focused on managing our country's carbon pollution to reduce these emissions and fight climate change. https://t.co/38ak74eOtF

It was launched with an information request for public input on structuring a $2.3 billion formula grant program to strengthen and modernize America’s power grid against wildfires, extreme weather and other natural disasters exacerbated by the climate crisis.

Working through multiple agencies including DOE and the U.S. Department of Transportation, the Biden administration is pursuing an agenda to achieve a carbon pollution-free power sector by 2035 and a net-zero, greenhouse gas emissions economy by 2050.

DOE’s Building a Better Grid Initiative acknowledged it will be impossible to have a reliable power system that depends on very high levels of renewable energy without doubling or tripling the size and scale of the U.S. transmission system.

At the same time, Biden’s IIJA is investing more than $7 billion over the next five years into the supply chain for EV batteries and $7.5 billion to expand the nation’s charging network.

DOE recently released an EV charging infrastructure report for the last quarter of 2021 projecting that the rate of installing public EV charging stations must more than double from the current 5,000 average quarterly rate to reach the Biden’s goal of 500,000 by 2030.

At the same time, the administration continues to reshape the nation’s infrastructure for and adoption of clean-fuel vehicles. The trucking industry received a nudge March 7 from Granholm with DOE’s release of a study stating that by 2030, nearly half of medium- and heavy-duty trucks will be cheaper to buy, operate and maintain as zero emissions vehicles than traditional diesel-powered combustion engine vehicles.

“DOE is showing a clear pathway for trucking companies to make the switch from diesel to electric that will help them cut costs and pollution for their customers, while combating climate change,” she declared.

Among the findings in the 69-page “Decarbonizing Medium- & Heavy-Duty On-Road Vehicles: Zero-Emission Vehicles Cost Analysis,” conducted by DOE’s National Renewable Energy Laboratory, is that different power sources will be more cost-effective for heavy trucks depending on driving distances.

Battery-electric trucks may be more cost-competitive for smaller trucks before 2030 and heavy trucks driving less than 500 miles by 2035. Due to fuel cell and clean hydrogen production advancements, hydrogen fuel cell heavy trucks are expected to be better for longhaul drives over a 500-mile range by 2035.

Future analysis should be done to determine the ability of vehicle manufacturers to scale-up EV production and upgrade requirements for the national grid’s infrastructure for bulk power and electricity distribution systems, NREL noted.

Meanwhile, utility representatives and municipal government officials attended an April 28 webinar, “How the DOE and utilities can work together on IIJA funding initiatives,” hosted by TRC, a global consulting, engineering and construction management firm.