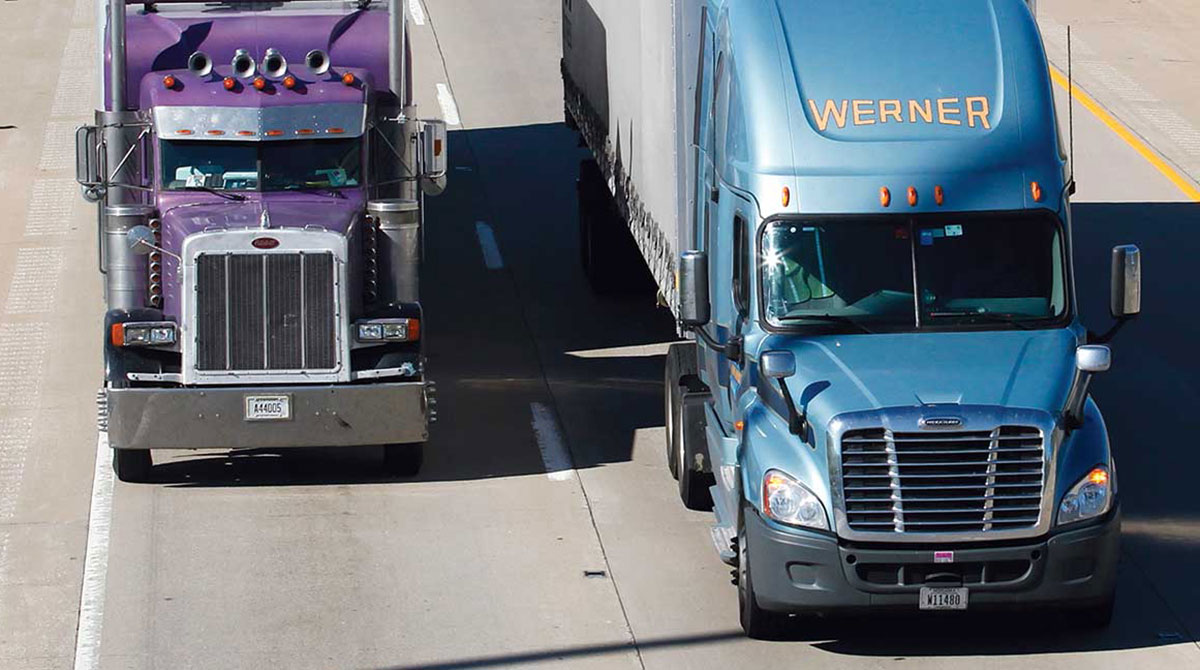 Earnings per diluted share for the Omaha, Neb.-based carrier were 38 cents, one penny better than analyst expectations. However, the results marked a 73% improvement over the first quarter of 2017, when earnings were 22 cents per diluted share.

Werner said first-quarter freight demand in the company’s one-way truckload fleet was stronger than normal, and added that freight volume into April also continues to run at higher levels.

The increase in demand and volume took place even as the company said its drivers experienced more severe weather than normal, with multiple winter storms and colder-than-expected temperatures. According to Werner, the challenging weather reduced earnings by 3 cents per diluted share in the first quarter when compared with 2017.

The company also had a year-over-year jump in the number of trucks on the road, increasing its fleet by 205 to 7,385. Werner said it decreased by 5 million miles its use of independent contractors, increasing its reliance on company drivers and trucks by the same amount.

Earnings also were impacted by other factors. Werner said diesel fuel prices were up 39 cents per gallon in the first quarter compared with 2017. But the company said the new federal tax law lowered its effective income tax rate to 21.3%, which was lower than the company’s expected range of 25% to 26%.

Werner Enterprises ranks No. 16 on the Transport Topics Top 100 list of for-hire carriers in North America.