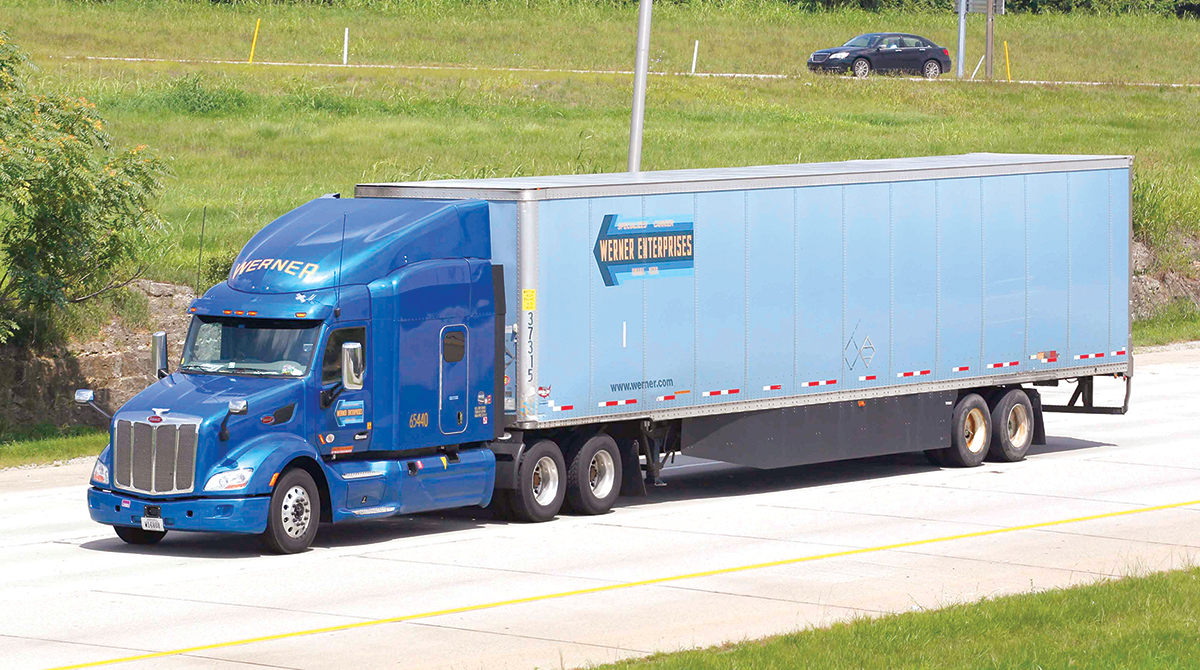 Werner Enterprises posted double-digit gains in revenue and profits in the third quarter as demand for the company’s one-way truckload freight hauling services was “stronger than normal” and shippers paid higher rates.

Werner’s results largely are in line with expectations for other publicly traded trucking companies.

Average revenue per tractor per week, excluding fuel surcharges, increased 10.3% to $4,074 in the third quarter of 2018 from $3,696 in 2017, reflecting higher contract rates. The company also experienced an increase in surge volume and dedicated contract carriage services.

Werner was able to expand its fleet, despite difficulties in finding enough drivers.

In contrast, Werner said that the number of power units provided by independent owner-operators has declined and was 615 at the end of the third quarter in 2018 versus 675 a year ago.

The company said it is taking steps to get more drivers by increasing pay, buying new equipment and working with customers to improve or eliminate unproductive freight.

“These efforts continue to have positive effects on our driver turnover,” Werner stated in its earnings release, noting that driver turnover in the third quarter was the lowest percentage in the past 20 years.

Werner recorded a $4.6 million gain on assets in the third quarter as the company sold 40% more trucks and trailers than a year ago and benefited from rising prices for used equipment.

Looking at a breakdown of results, Werner reported higher profits and revenue for its truckload and logistics business units.