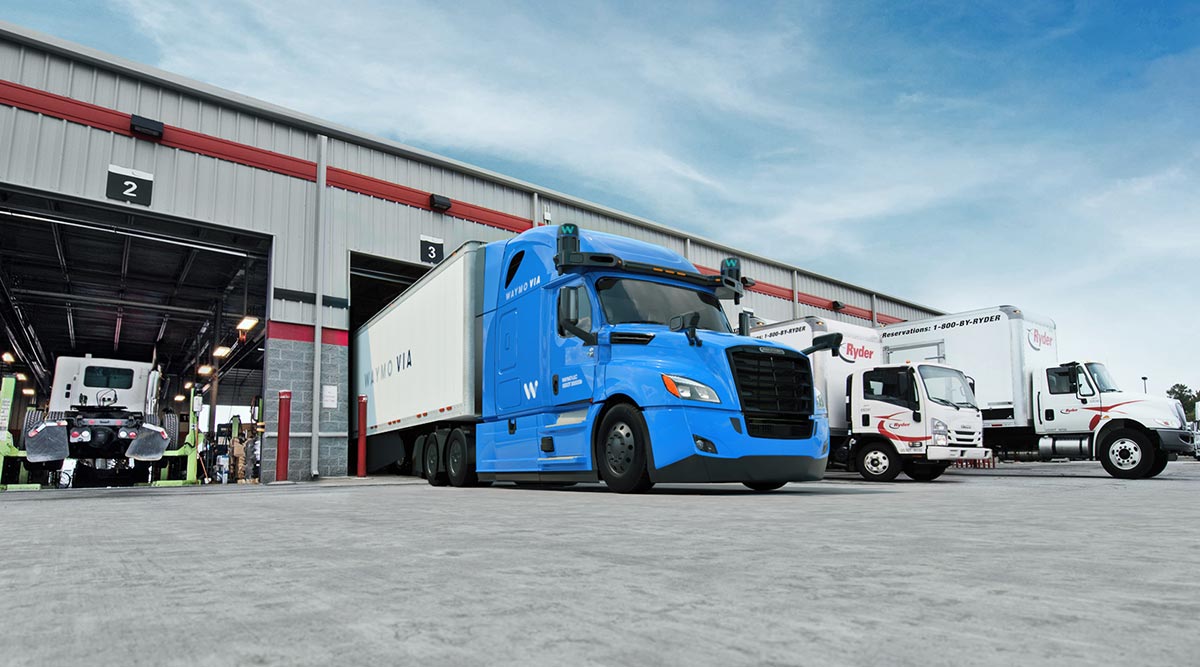 Autonomous truck developer Waymo Via announced plans to build a nine-acre facility near Dallas that will serve as a regional hub for advancing operations and service for automated Class 8 trucks. Waymo also announced a partnership with Ryder System Inc. for fleet management services.

The facility, to be located on Dallas’ south side, will be Waymo’s central launch point in the Southwest U.S. for testing with its carrier partners, the company said. The center will be able to accommodate hundreds of trucks and personnel. The company’s national operations center is in Phoenix.

Waymo said it has been ramping up testing of the fifth-generation Waymo Driver technology on Class 8 trucks, as well as continuing to work with Daimler Trucks to develop a Level 4 automated redundant vehicle platform. 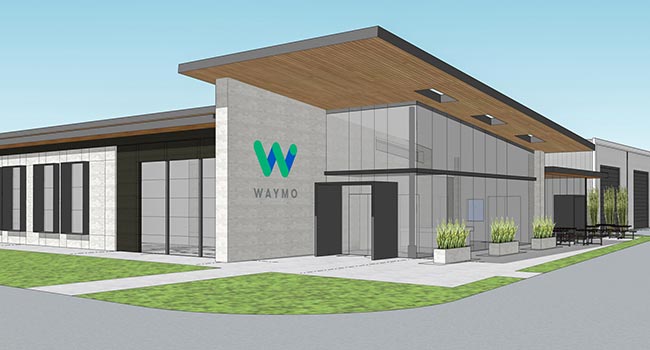 Rendering of a Waymo facility. (Waymo)

“As we continue to scale our autonomous trucking operations, we couldn’t have found a better partner than Ryder,” Waymo Via trucking’s head of commercialization, Charlie Jatt, said. “There are many synergies between our Waymo Via vision and operations and Ryder’s expertise and resources, and we look forward to unlocking best-in-class solutions within the industry and bringing autonomously driven trucks to market throughout the U.S.”

“While this partnership initially focuses on fleet maintenance, we see many opportunities to collaborate on autonomous trucking operations in order to successfully deploy these trucks at scale,” said Ryder Chief Marketing Officer Karen Jones in a statement. “Already, we’ve collaborated on the layout and design of Waymo’s new Dallas facility to ensure it’s optimized for serviceability of trucks and for the transfer hub model they plan to pursue in the near future.”

Waymo said Ryder’s existing network of more than 500 maintenance facilities across the country and more than 90 years’ experience in fleet maintenance made it a strong fit as a partner in the venture.

The two companies said they will partner on servicing and evolving maintenance practices for autonomously driven trucks across Waymo Via sites in Texas, Arizona, California, Michigan and Ohio, as well as roadside service between hubs.

During its development of autonomous trucks over the last decade, Waymo said it has driven more than 20 million miles on public roads across 10 U.S. states and 20 billion miles in simulation.