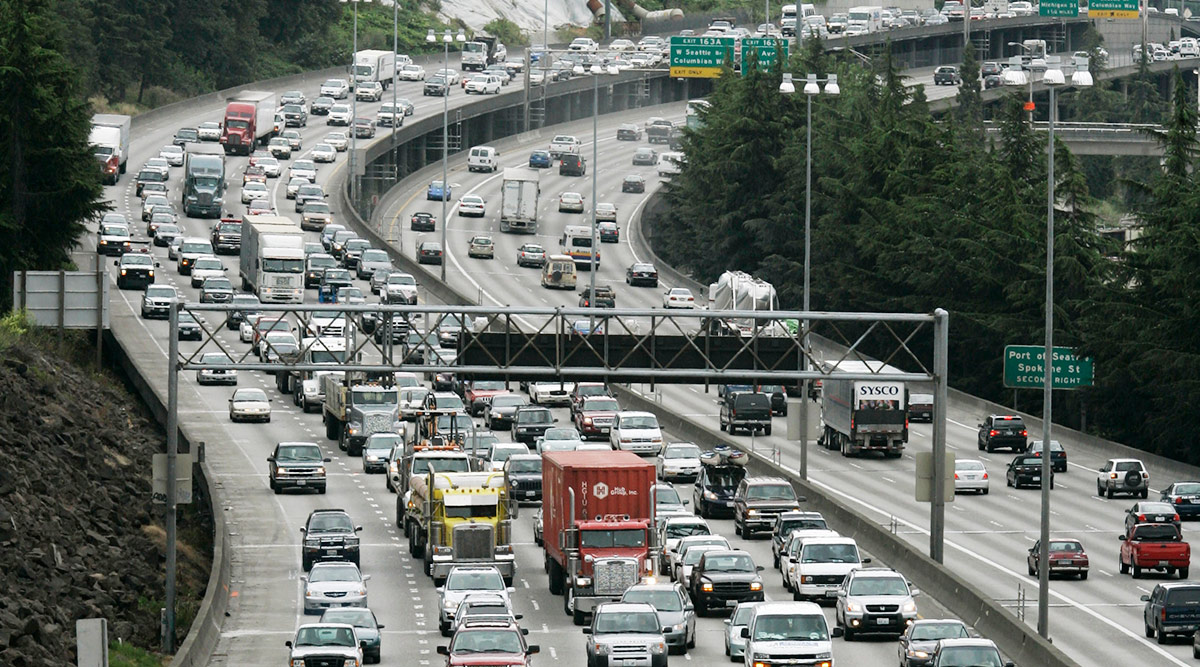 Traffic along Interstate 5 outside of Seattle. (Ted S. Warren/Associated Press)

The project has been a priority for Clark County lawmakers, who have been seeking to restart the process with Oregon to replace the century-old bridge since 2017. The funding would come on top of the $17.5 million Gov. Jay Inslee has proposed for an office dedicated to the bridge-replacement project.

“This is another concrete step toward getting this project moving while we work with Oregon to design a planning process and determine the details of a new bridge,” Sen. Annette Cleveland, a Vancouver Democrat who serves on the committee, said in a statement. “This is only a down payment on what a new bridge will cost, of course, but we anticipate funding from other avenues, including our federal and Oregon state partners once we agree on a mutual vision for the new bridge.”

In December, Washington and Oregon lawmakers had their first public meeting to discuss replacing the bridge since the demise of the Columbia River Crossing in 2013. According to Cleveland’s statement, Washington and Oregon will have to repay $140 million in federal funds unless they can show progress toward building a new bridge. 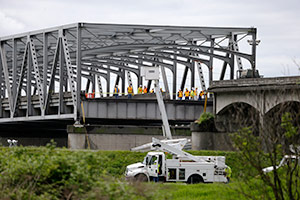 Bridge work being done along I-5 in Washington state. (Elaine Thompson/Associated Press)

During committee hearings on the funding package, the committee’s chair, Sen. Steve Hobbs (D-Lake Stevens), and Vice Chair Rebecca Saldana (D-Seattle), both spoke of the importance of replacing the I-5 bridge.

As part of the funding package, the committee passed a bill authorizing $5 billion in bonds. It passed another bill intended to generate revenue for the projects by increasing the state gas tax by 6 cents and imposing a $15 per metric ton fee on carbon pollution on the sale or use of fossil fuels in Washington.

During a hearing last week, Hobbs defended the fee as a better approach than previous carbon-pricing proposals because it would make direct investments into the state’s infrastructure. At the same hearing Lisa Thatcher, a lobbyist for Clark Public Utilities, said that the legislation would result in the utility paying an additional $11 million a year. In response, the fee was reduced to $10 per metric ton for utilities.

The legislation now will go to the Senate Rules Committee. If passed by the full Senate, it still would need to be approved by the House and signed by the governor.

“I see this as still a work in progress,” Hobbs during the March 6 hearing. “There’s still changes to be made.”