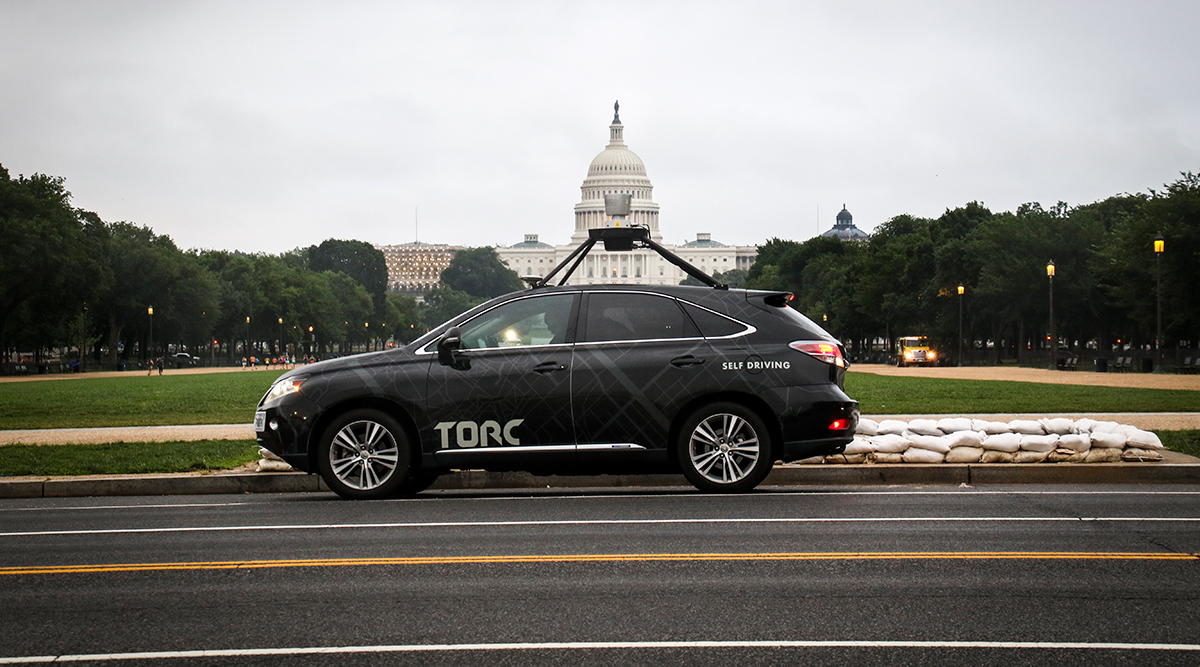 Washington, D.C., is preparing for a future with self-driving cars by inviting companies to test their autonomous vehicle technology in the District.

The city partnered with the Southwest Business Improvement District (SWBID) to release a request for information (RFI) for an autonomous vehicle pilot program on 10th Street, the area near L’Enfant Plaza in the city’s Federal Triangle area. The street, which is basically a straight line with few pedestrians, connects the new waterfront plaza development to the National Mall.

In addition to testing the effectiveness of AVs in Washington’s urban landscape, a pilot program could also bring attention to a street that is often overlooked, said Steve Moore, executive director for the Southwest Business Improvement District.

“It was kind of begging for wayfinding, maybe some installed artwork, that kind of thing,” said Moore.

The Wharf, as the $2.5 billion development is known, opened in mid-October. It includes a concert hall, more than 20 restaurants, three hotels and other development. It’s also an area with new concerns related to traffic. In addition to the need to accommodate personal cars, there are ride-shares to consider, as well as drop-off areas.

“The area went from no activity at all, to a lot of traffic, almost literally over night,” said Moore.

RELATED: How cities in the San Francisco Bay Area are paving the way for our autonomous car future 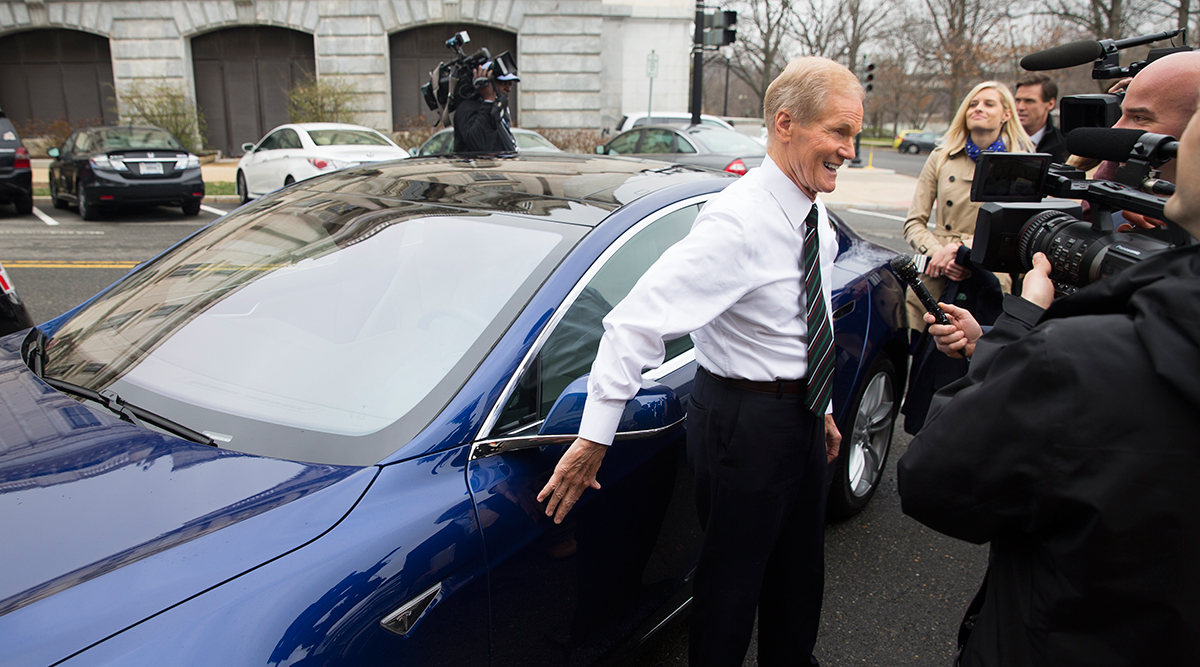 In addition to issuing the RFI, Mayor Muriel Bowser established the Interagency AV Working Group to examine AV technologies, and the public policy needed to facilitate self-driving cars while ensuring safety for residents and visitors.

“We, like many cities, are thinking about autonomous vehicles in our city and urban environment,” said Andrew Trueblood, chief of staff for Mayor Bowser.

“It’s important to be thoughtful, and proactive at the same time. And what this really is, is an attempt to say, ‘here’s a potential challenge that we have. Here’s a potential place that’s interesting and we think has interesting variables, but also, kind of limits some of them.’ And so, lets be proactive in putting this out, rather than reactive and waiting for a company to come to us,” he added.

The city’s top goals when it comes to autonomous vehicles are first safety, but also relieving congestion, increasing mobility and a source of expanded equity when it comes to transportation. The city’s population was 681,000 in 2016, according to the U.S. Census, up from 565,000 in 1998. That means more people — and cars — on the city’s streets. The Washington, D.C., metro area has the sixth worst traffic congestion in the country, according to INRIX, a global traffic scorecard.

“This is very much a push to be innovative,” said Trueblood.

Regardless of when fully autonomous vehicles become just another car on city streets, major international cities like Washington need to be ahead of the game, say officials.

“Some people say, ‘this is a decade away. This is 15 years away.’ Other people say, ‘listen, this is three to four years away,’” said Moore, echoing the wide range of opinions related to when AVs will be a regular occurrence. Already, cities like Phoenix have opened their streets to companies like Waymo and Uber to test the technology in live settings.

“I think D.C. should absolutely be among the first cities that are looking at this,” said Moore, pointing out the high profile of the city as the nation’s capital with tremendous international visibility.

“We should really be on the edge of what’s occurring in the technology, and how cities solve these solutions,” he added.

D.C.’s particular government structure as a city, county and state all in one allows it to be more agile when it comes to technology and technology adoption, said Trueblood.

“So in order to do any of these innovative kinds of things, it really just takes the [city] council and our mayor, and sometimes just an agency, to make it happen. And that ability to be nimble has actually been very attractive to different companies that are interested in doing a pilot,” he explained.

The RFI will be due in two months.

“We put it out specifically, as an RFI, because we know there’s a lot we don’t know. And we’re interested in hearing from the industry,” said Trueblood. “What are the technologies we should be thinking about? What are the concerns we should be having before embarking on a pilot?”

And a public-private partnership with the Southwest Business Improvement District was also the correct approach, said Trueblood.

“We could help think about city goals and provide regulatory review. But the Southwest BID, they’re the ones that want to help move people around, and actually help implement it,” he added. “So I think that partnership is a really good one.”