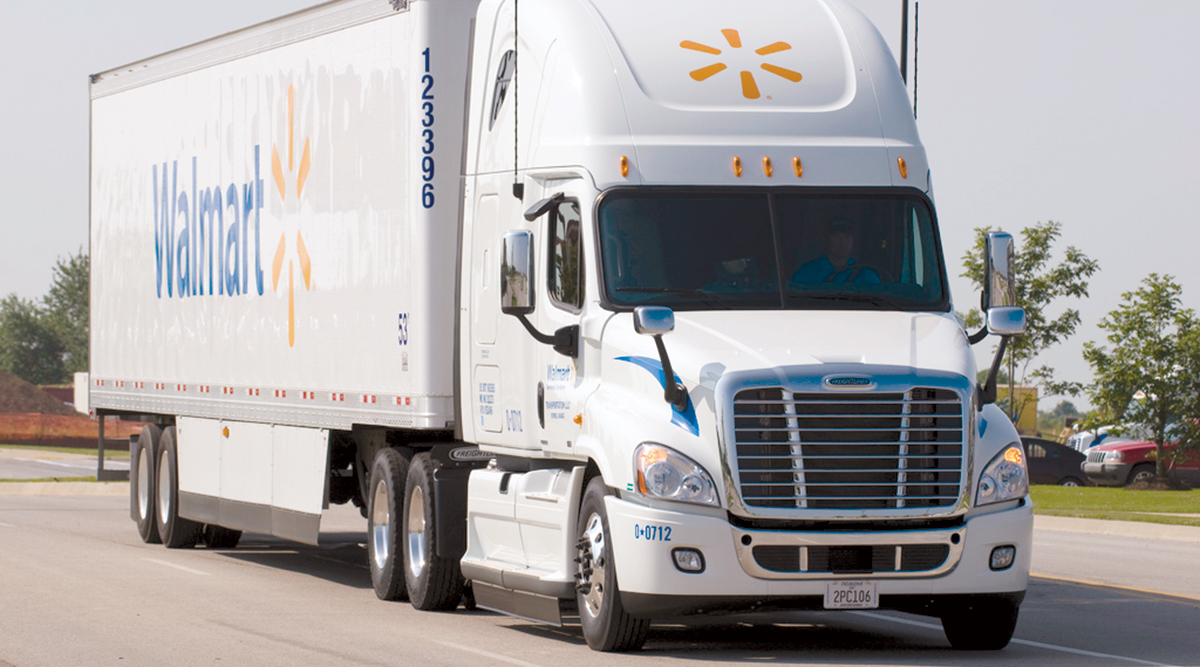 Walmart Inc. is ramping up pay for its truckers as it seeks to shore up staffing amid a nationwide rush to hire drivers.

In-house truck drivers will be able to earn between $95,000 and $110,000 in their first year at the company, a Walmart spokeswoman said April 7. At the high end, that’s 26% higher than the previous average pay for newly hired drivers. Veterans of the Walmart private fleet can earn even more, the company said in a statement.

Walmart is boosting efforts to attract and retain truckers as employers across the country struggle to keep their 18-wheelers rolling. The U.S. has a shortage of 80,000 drivers, according to American Trucking Associations. Walmart, which employs about 12,000 truck drivers, had to hire 7,000 over the last two years, including a record 4,500 in 2021, the spokeswoman said.

The Bentonville, Ark.-based retailer also touted a training effort for employees who want to become drivers. So far, 17 employees in Delaware and Texas have earned commercial driver licenses over the course of the 12-week program, the spokeswoman said.

The company is hoping to train 400 to 800 new drivers this year, she said. The in-house program saves prospective truckers the cost of commercial driver training, which can range between $4,000 to $5,000 for people doing it independently, she said.