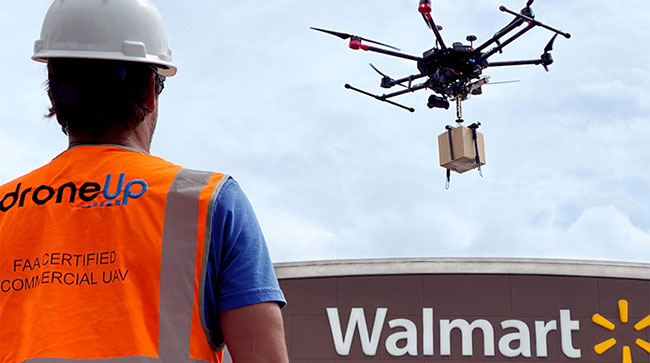 A Virginia Beach, Va., drone services company and the sole drone partner of the world’s largest retailer announced plans to expand its headquarters and establish a research and training facility outside Petersburg, Va., creating 655 new jobs.

DroneUp, which has been working with Walmart since late 2021, announced plans to spend a total of $27.2 million to expand in Virginia Beach and Dinwiddie County.

In an announcement, Gov. Glenn Youngkin applauded the company and said it represents the forefront of drone development.

“This homegrown Virginia company is transforming product delivery through its partnership with Walmart, and we are proud to partner with DroneUp as it extends its footprint across the commonwealth and creates more than 650 cutting-edge jobs,” Youngkin said.