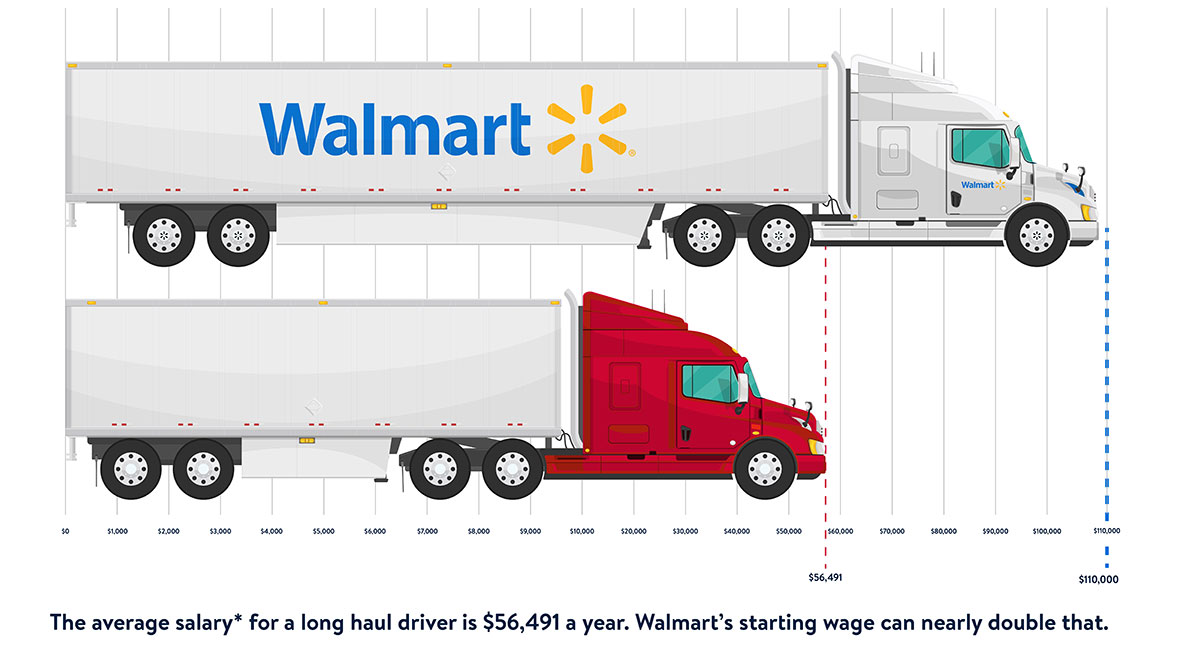 The private fleet consists of approximately 12,000 truck drivers. The pay increase means first-year drivers now can make up to $110,000. That is 26% higher than the average pay previously. Drivers who have been with the company could earn even more.

“Throughout Walmart’s history, we’ve been committed to turning ambition into opportunity,” Walmart said in announcing the raise. “In the last several years, we’ve cast a wide net, inviting associates from across the business to learn more, see more and do more. Now, we’re taking that same approach to the very foundation of our supply chain.”

We’re making continued investments in our drivers, whose pay can be up to $110,000. But we didn’t stop there: We’re also piloting a driver pipeline program, which would offer associates a path to joining the Walmart Private Fleet. Read more: https://t.co/eqnTKEz6bu pic.twitter.com/0llim1pYS2

Walmart is not the only company to raise pay for its professional drivers. Trucking companies nationwide have been using compensation as well as other incentives to compete over a limited pool of available drivers amid heightened freight demand. American Trucking Associations estimates that the country is short about 80,000 truckers.

“The average salary for a longhaul driver is $56,491 a year,” Walmart said, noting that its starting wage can nearly double that.

Walmart also said in the announcement that the investments in pay and training build on multiple recent driver bonuses and improved schedules that give drivers more time at home. Surveys often find that home time is a top issue for drivers.

The last major driver pay increase and recruitment push by the retailer started in February 2019. At the time, Walmart raised pay 1 cent to 89 cents per mile. That meant its drivers earned on average $87,500 a year. The company also launched driver onboarding events that included assessments, mentorship and a faster hiring process. 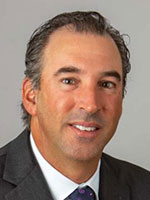 “The fact that they’re needing to pay people more to be truck drivers and enhance their training to try to move people from other job functions to driving trucks just tells you how tight that labor market is right now,” D.A. Davidson Cos. analyst Michael Baker told Transport Topics. “But on the other hand, Walmart, I applaud them for being proactive and taking an aggressive stance to do what they need to do to make sure that they have the trucking capacity required to move goods and keep product in their store.”

Baker believes the aggressive approach will help the retailer take market share by ensuring that its supply chain runs as efficiently as possible. He also noted that it would be fair to say the pay raise is an attempt to stay ahead of the market rather than continue to chase it.

You make a statement with a move like this. My guess is it should help them attract the truck drivers.

“Walmart tries to do right by their employees,” Baker said. “But they do that because it makes good business sense. And by coming out with an aggressive pay package, I think, you give yourself that much more of a head start in terms of really being able to attract good people rather than sort of go up in small increments and have others leapfrog you.

“You make a statement with a move like this. My guess is it should help them attract the truck drivers.”

The Walmart Private Fleet Development Program was announced in conjunction with the driver pay raise. The program is open to company associates and will help them earn their truck driving certifications to then join the private fleet. The program is taught by experienced company drivers and was added to the existing academic and training programs.

“I think it also gives them an opportunity to get more people to initially start within the program just by having it in-house,” Baker said. “They are the biggest private employer in the country. That is a huge source of potential labor that they can try to source people to take the program.”