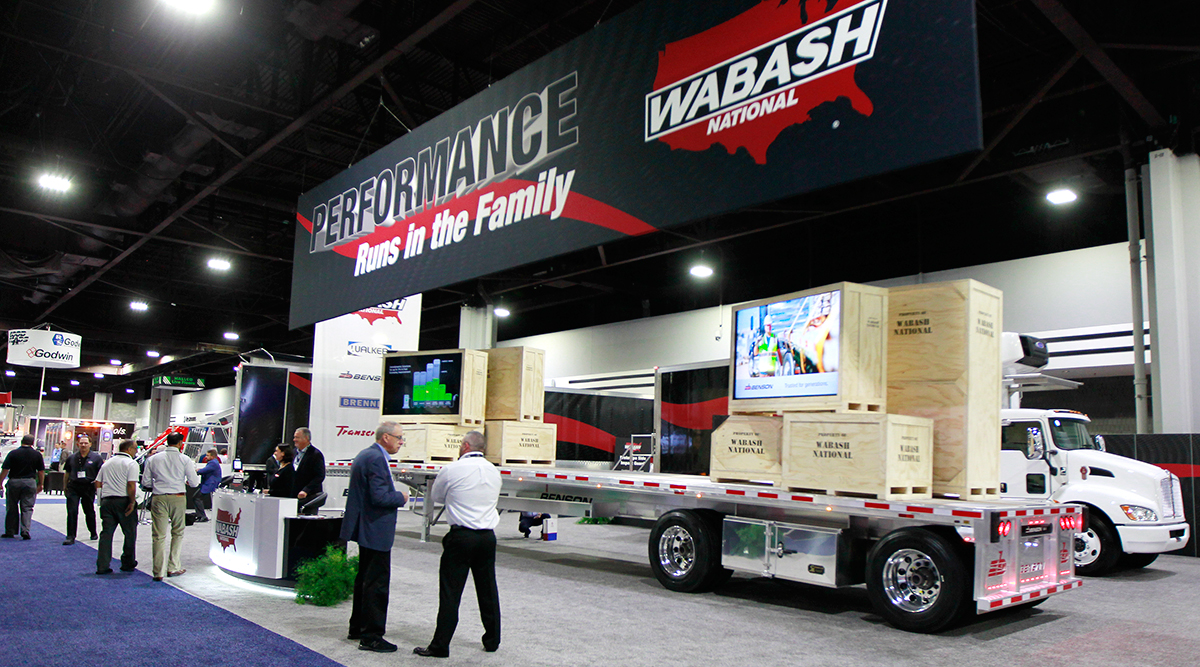 ATLANTA — Trailer maker Wabash National Corp., long known for its 53-foot vans and flatbed trailers for Class 8 trucks, is now fully invested in the light-duty realm of e-commerce delivery, where Classes 1-3 vehicles are designed and built precisely to maximize efficiency in delivering smaller items to city and suburban addresses.

The Lafayette, Ind.-based trailer maker said Sept. 27 that it completed its $364 million purchase of medium-duty body builder Supreme Industries on the same day. Wabash paid Supreme shareholders $21 for each of their shares.

The acquisition is a second major effort by Wabash to diversify its product line beyond dry and refrigerated trailers, Chief Operating Officer Brent Yeagy said in an interview Sept. 26. He said e-commerce vehicles are an attractive market both for growth and profit margins.

“We are seeing the front end of a change in distribution models over the next five, 10 and 15 years. We’re seeing the entire industry begin to take notice, driven by e-commerce instead of Big Box or other retail outlets,” Yeagy said.

Supreme, founded in 1974, is the second-largest producer of medium-duty truck bodies behind Morgan Corp. For the six months ended July 1, the Goshen, Ind.-based company had net income of $8.16 million, or 48 cents a share, on sales of $164.1 million.

Wabash issued $325 million worth of 5.5% senior unsecured notes due 2025 to finance most of the deal and also used some cash.

Yeagy said the first big step into diversification for Wabash was the 2012 purchase of Walker Group Holdings, which led Wabash to launch its Diversified Products segment, including tank trailers, aviation fuel transfer systems and above-ground storage. Dry and reefer van revenue dropped to 64% of total sales from 80% at that point.

With the addition of Supreme, the van revenue will decline to 50% of the total, Yeagy said. Not all types of trucking equipment are demanded at the same time, so diversification of production can help to maintain earnings.

Recent reports on trailer orders show demand for vans dipping now and into next year from very high levels in 2015 and 2016.

For flatbed trailers, though, “2016 was the bottom. We’re now seeing nice recovery as higher spot market and contract rates are getting better for flatbed carriers,” Yeagy said.

Companies that are serious about e-commerce will not just pick up any vehicle available and use it. There is already a wealth of customization available, Yeagy said.

“Supreme mainly works in Classes 2-5, while we at Wabash have already been doing Classes 6 and 7. The vehicles for e-commerce are more configured for the end destination where they will operate, and for the type of parcel being delivered,” he said.

Some of the big distinctions, Yeagy said, are delivery to a business or to a residence and whether refrigeration is necessary. A vehicle might need a ramp or a side door, and some firms like curtain-side vehicles.

Insides might be fitted with racks, shelves or cabinets, he said.

Another big difference Yeagy noted is that Wabash’s vans that go with Class 8 tractors might have situations where “drivers never touch the freight,” but for a Class 2 e-commerce vehicle, the driver might be in and out of the back, handling the deliveries 85 to 100 times per day.”

The fleet operator will have to buy a chassis from a truck maker as a power unit, then Supreme or another body builder would supply a body to be attached.

Wabash management expects the investment to be a lucrative one.

“The nature of the industry lends itself to more attractive margins, and there is more growth anticipated,” Yeagy said.

On Sept. 29 Wabash announced leaders for two of the three major divisions.

Mark Weber, who was CEO of Supreme, remains as president of that Wabash subsidiary and reports to Yeagy.

Kevin Page is group president for diversified products. He joined Wabash in February as GM of final-mile and distributed services. Page and Smith will report to Yeagy.