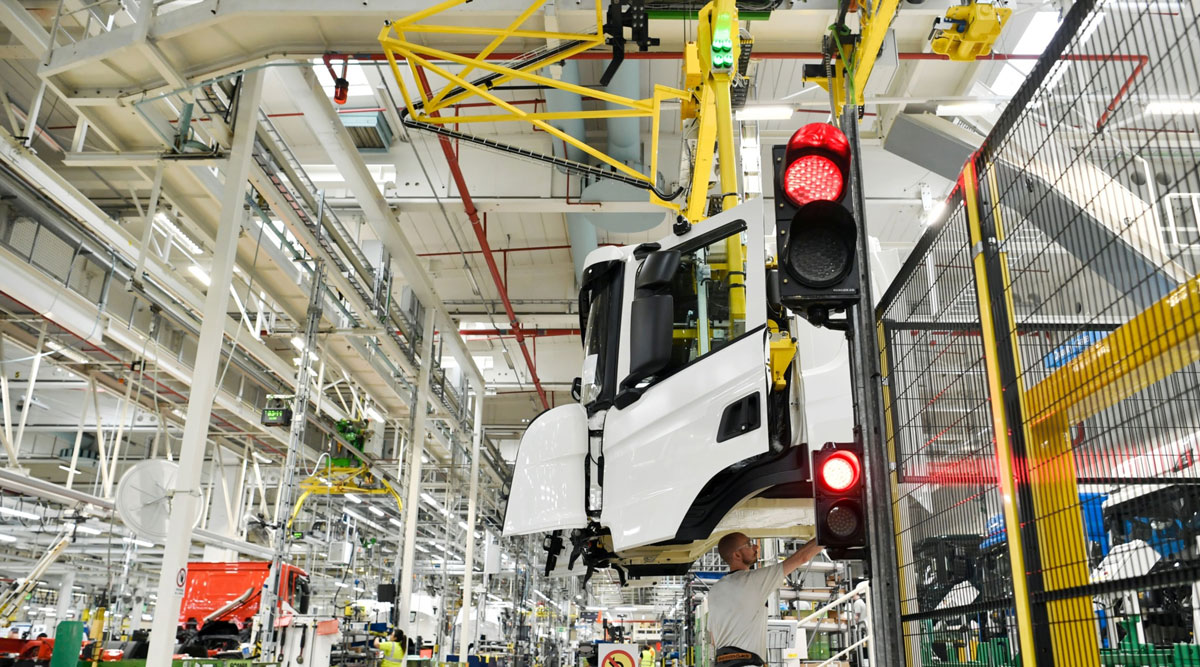 The shell of a driver's cabin is carried along the production line at Scania's factory in Sweden. (Mikael Sjoberg/Bloomberg News)

Traton SE is stepping up expansion plans in China after Volkswagen AG’s truck division hammered out a deal to acquire Navistar International Corp. to boost its presence in North America.

The Swedish brand Scania will build a wholly owned production facility in Rugao, north of Shanghai, to make trucks starting in early 2022 and plans to add local research-and-development operations at a later stage, Traton said Nov. 24 in a statement. Financial details weren’t disclosed.

Traton wants to grow its global presence in all key markets and “the construction of a Scania plant in China will move the entire group one step closer to reaching this goal,” CEO Matthias Gruendler said in the statement.

Growth in Asia and North America is critical for Traton to reduce its reliance on sales in Europe and take on global sector leaders Daimler AG and Volvo AB. Traton’s operations include the Scania and MAN brands and a smaller operation in Brazil that specializes in commercial vehicles for emerging markets.

Traton said Scania’s factory project follows the acquisition of Nantong Gaokai Auto Manufacturing Ltd., a Chinese company that meets local license requirements. “The goal is not only to make China our third industrial leg but also to create a regional center for sales to other Asian markets,” Scania President Henrik Henriksson said.

China is the world’s largest commercial vehicle market by unit sales, accounting for about 40% of global deliveries. It’s dominated by domestic manufacturers, but demand for bigger and technologically sophisticated trucks from foreign producers has been rising.

Traton’s MAN unit holds a 25% plus-one-share stake in Chinese truck maker Sinotruk. The two manufacturers have worked together since 2009 and announced a plan two years ago to broaden their cooperation through a joint venture to make heavy-duty trucks in China and explore other initiatives.