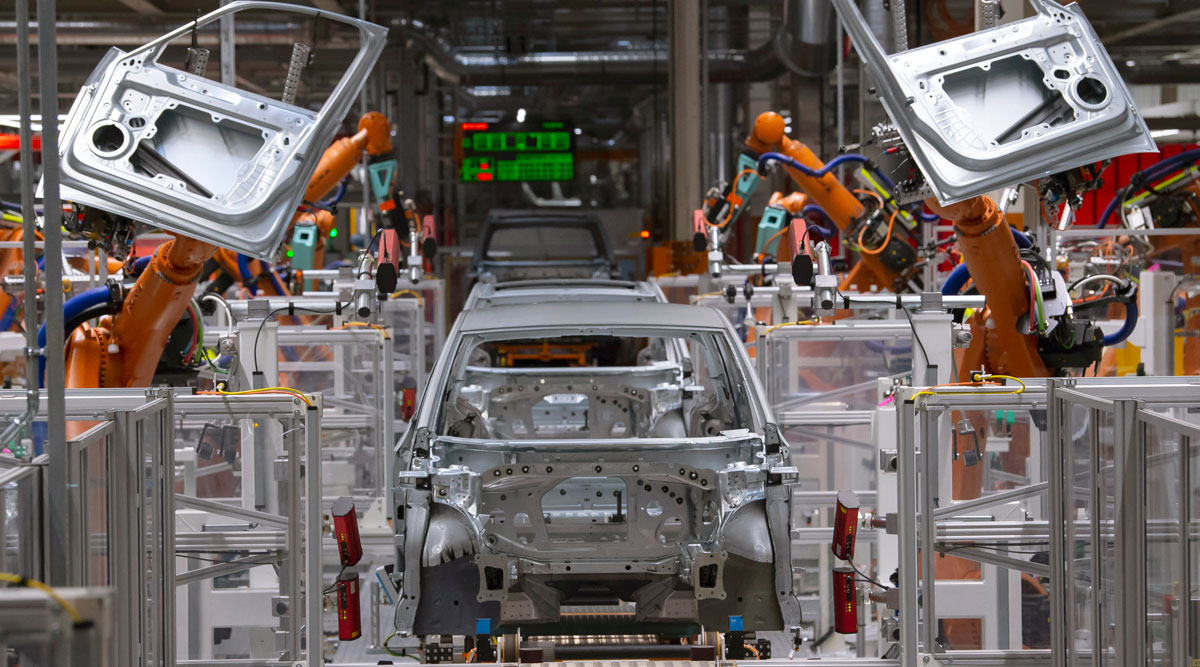 Robots work on the body of a VW ID.3 car at the company's plant in Zwickau, Germany. (Jens Meyer/Associated Press)

QuantumScape Corp., a battery startup that counts Volkswagen AG as its largest shareholder, says new data shows its batteries can be charged to as much as 80% of full power in 15 minutes, almost twice as fast as a Tesla Model 3.

The performance data, which has yet to be road tested, suggests QuantumScape’s batteries could offer about 50% more miles than the same electric car with current commercial battery technology. They also can be charged 800 times with minimal degradation, meeting a benchmark for batteries in most electric vehicles. But the startup has yet to demonstrate it can mass manufacture its new battery.

QuantumScape raised more than $700 million by going public via a reverse merger earlier this year. It’s now seeking to bolster investor confidence it can pull off a breakthrough that has eluded battery researchers for decades. The San Jose, Calif.-based company is one of several startups and incumbents trying to develop solid-state batteries, an innovation that holds the promise of dramatically speeding up EV adoption by providing automakers with a safer, cheaper alternative to lithium-ion batteries.

The big question is whether the process QuantumScape used in the lab can work in a factory setting, said Venkat Srinivasan, director of the government-backed Argonne National Laboratory’s battery center, who spoke before seeing the data. “For most startups, that’s where they got stuck.”

Solid-state batteries use solid materials instead of flammable liquids to enable charging and discharging. They could potentially pack more energy than lithium-ion batteries to extend driving range, lower costs, improve safety and cut recharging times — putting EVs on par with gasoline-powered vehicles. QuantumScape’s battery uses an electrolyte gel in only one half of a typical lithium-ion battery, which means it’s yet to fully exploit the technology’s potential.

Automakers such as Toyota Motor Corp. and Tesla Inc. and established battery manufacturers including Samsung SDI Co. and China’s Contemporary Amperex Technology Co., as well as startups like Solid Power Inc. and Cuberg Inc. are trying to crack the code on solid-state batteries, but so far no one has built a commercial product and put it in a real car. Some Chinese manufacturers are expecting to start mass production of solid-state batteries within the next couple of years, according to BloombergNEF.

Volkswagen has committed to using QuantumScape’s technology in its EVs via a joint venture — if enough batteries can be produced and at competitive prices.

To become commercially viable, the startup needs to deal with three main issues. It must build bigger and multilayered batteries compared with what it’s testing in a controlled laboratory setting. It also needs to build a reliable manufacturing line for certain critical components such as ceramic separators. Finally, it has to put all those components into a factory where it can spread billions of dollars in equipment and machinery costs over large production volumes.

Investors seem to believe the startup can make the leap to mass manufacturing. Shares of QuantumScape, which began trading Nov. 27 after it merged with a blank-check company, Kensington Capital Acquisition Corp., have soared about 88% to $44.17.

That’s too expensive for a company that still has to prove it can take its tech from the lab to the manufacturing line, according to Mark Newman, an analyst at Sanford C. Bernstein in Hong Kong, who has an “underperform” rating on QuantumScape and a target price of $28.

“Although we are positive on the battery opportunity, the team and the technology, we believe given the significant hurdles to commercialization, shares are overvalued,” Newman wrote in a Nov. 30 note.

QuantumScape’s hefty capital raise is a crucial first step toward commercializing its technology. The company estimates it will cost $1.6 billion to build its first battery factory, a 50-50 joint venture with Volkswagen that’s supposed to start producing cells in 2024.

Spun out of Stanford University a decade ago, QuantumScape is backed by Bill Gates and venture capitalists John Doerr and Vinod Khosla. There are two Tesla veterans on its board, including former Chief Technology Officer J.B. Straubel.

One of the key differentiators for QuantumScape is its ceramic separator: a thin, flexible sheet that allows lithium ions to travel back and forth between the positive and negative ends of a battery cell while preventing lithium metal from forming string-like “dendrites” that cause battery fires.

“No one has made a solid-state separator that can cycle at these rates of power or at these temperatures or for this long,” CEO Jagdeep Singh said in an interview. “Without those things, you don’t have a cell that can be used in a car.”