VW Stock Gets Boost From Planned IPO of Heavy-Truck Division 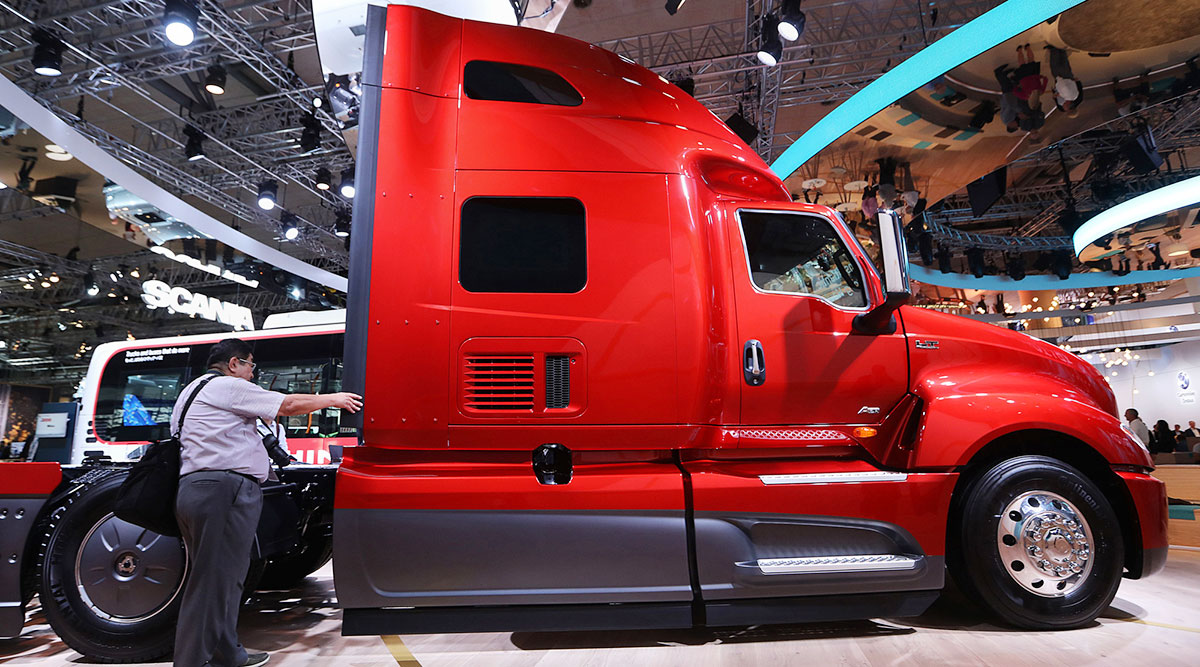 Volkswagen AG shares climbed the most in two weeks after the German automaker revived plans for a partial offering of its Traton SE heavy-truck division and said it may dispose of two noncore businesses.

The decision to list the truck unit came late May 13, just two months after the world’s largest carmaker shelved the proposal, citing market conditions. While it didn’t explain the about-face, VW said it hopes to list the business — which sells Scania, MAN, and VW-branded heavy trucks — by its August break.

“The most important point for us is that we’ve made the decision to IPO now,” Volkswagen trucks head Andreas Renschler said in an interview with Bloomberg Television on May 14. “Of course, there are uncertainties in the market, but they will be always there. Now we can go further and develop our strategy.”

The company also plans to look for a sale, joint venture or partnership for its MAN Energy Solutions and Renk AG divisions while moving forward with a program to manufacture batteries for electric cars.

.#Volkswagen AG said on Monday it plans an #IPO of its #Traton #trucks unit before the 2019 summer break and will invest nearly 1 billion euros ($1.12 bln) in an #ElectricCar #Battery cell plant in Europe. (Reuters) pic.twitter.com/5e6twGvHcU — National Business Daily (@NBDPress) May 14, 2019

A share sale of the trucks unit likely would be the biggest IPO in Europe this year. Its total valuation could be as high as 25 billion euros, Bloomberg estimates. The proceeds will help fund an expansion of the business outside of Europe, Renschler said. The deal also will give a boost to CEO Herbert Diess’ revamp — a plan left in doubt with the decision in March to pull back from the offering.

“We still have to contend today with cumbersome structures, complex processes and high costs in some areas,” Diess said in speech notes at the annual meeting. “We still have great potential for improvement when it comes to lean administration and efficient production.”

Diess and his team are trying to decentralize the German industrial giant, make it more agile and boost efficiency. The sale is seen as a litmus test for his ability to reshape a 12-brand global behemoth and unlock hidden value.

VW said separately May 13 it plans to invest almost 1 billion euros to produce battery cells at a German site in Salzgitter, near it headquarters in Wolfsburg. The company plans to add 700 jobs there and said it will need vast quantities of batteries as it embarks on a 30 billion-euro push into electric cars, the industry’s most ambitious, with 70 electric models planned by 2028. 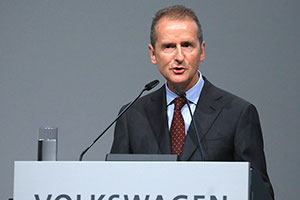 The company also confirmed it will progress with plans to sound out options for an additional factory in Eastern Europe. The move had sparked resistance from VW’s influential German unions after Diess floated plans for deeper cutbacks at the German workforce than previously agreed upon.

VW’s powerful labor leader, Bernd Osterloh, expects an agreement on the further overhaul of the company’s German workforce to be reached later this month, according to an internal memo to staff seen by Bloomberg.

The IPO, in the works for more than two years, is part of a strategy overhaul through 2025. Traton, which is focused on Europe, seeks to challenge global leaders Daimler AG and Volvo AB in other markets, including the United States, where it could boost VW’s stake in peer Navistar International Corp.

“We are following our global champion strategy, and this is the major outcome of our IPO,” Renschler said. VW is happy with the Navistar partnership, he added, and doesn’t plan to raise its 17% stake.