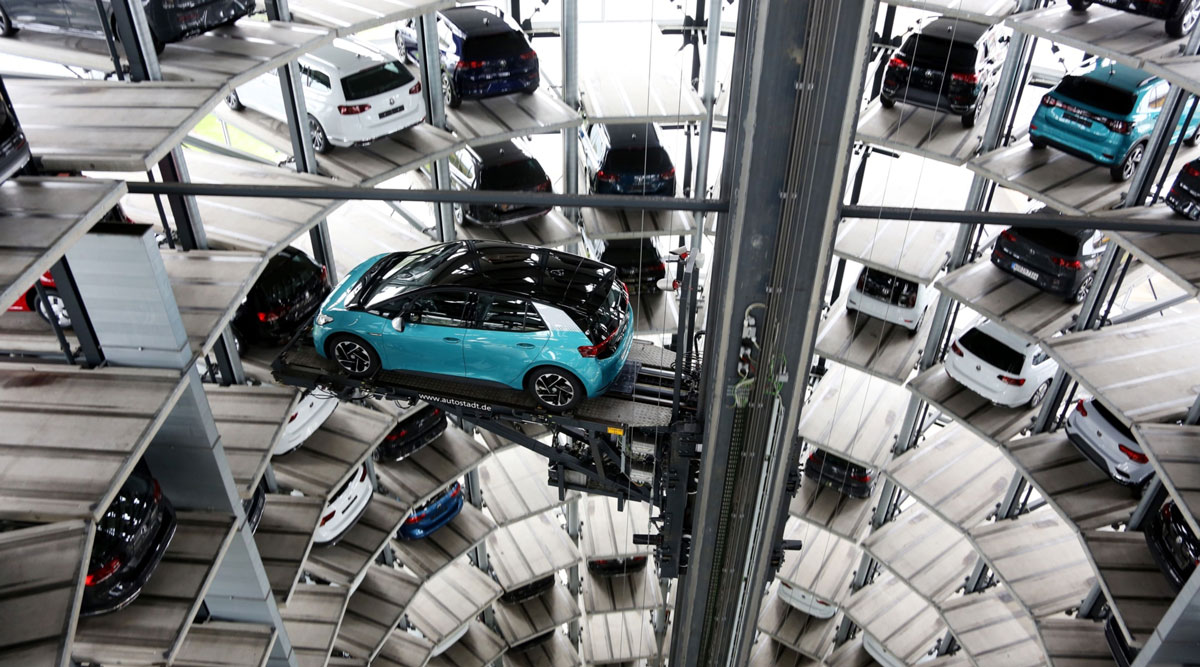 Volkswagen AG shares surged the most since a historic short squeeze a dozen years ago after back-to-back days of briefings on how it plans to supplant Tesla Inc. as the global electric vehicle leader.

VW’s common stock soared as much as 29% on March 16 after the company announced plans to standardize key technologies across its sprawling industrial empire and generate scale effects that both Tesla and established automakers are unlikely to match. On March 15, VW said it would build six battery factories in Europe alone.

The stock move is reminiscent of a short squeeze that briefly made VW the world’s most valuable company in 2008. VW’s three dominant holders — the Porsche and Piech family, the German state of Lower Saxony and Qatar — hold 90% of common stock. VW’s preference shares, which have a much larger free float and are more widely traded, rose as much as 9.3% in Frankfurt trading.

VW aims to become the global EV leader by 2025 at the latest, though reaching its target of 1 million deliveries this year could put the company ahead of Tesla. Those big ambitions appear to be getting the attention of retail investors who have bid up U.S. stocks speculated about on Reddit and other social media forums early this year.

“We will accelerate our transformation journey in 2021 and beyond,” CEO Herbert Diess told reporters. VW’s newly formed management board “is set to unleash value,” he said.

Diess, 62, has been overhauling VW’s vast operations to free up funds for spending on the battery and software capabilities that made Tesla the world’s most valuable automaker last year. He was concerned until recently, telling Bloomberg News in January that the capital markets’ dim view on the company put it at a disadvantage.

The outsize gain in VW’s common stock relative to preference shares is partly driven by U.S. retail investor buying and high short interest, according to Ken Menager, a special situations strategist at Avalon Capital. VW’s American Depositary Receipts are based on the common-share listing in Germany.

“Volkswagen is turning electric, poised to overtake Tesla’s battery-electric vehicle crown in 2023 and catch up on software by 2025, a view the market is only now developing,” Michael Dean, a Bloomberg Intelligence analyst, wrote in a report. “Educating investors about its battery tech — it aims to cut cell costs by 50% via the rollout of solid-state batteries — and software should also reap rewards.” 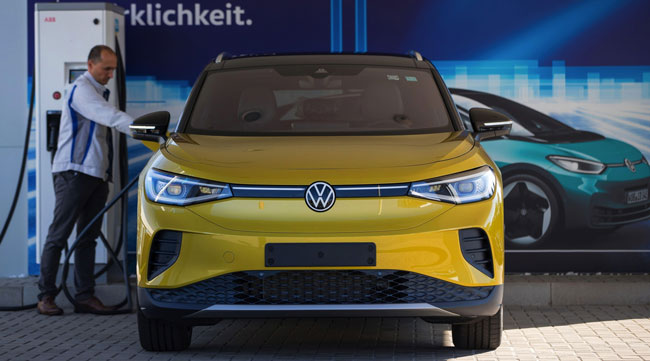 The last time VW witnessed a similar stock surge was when Porsche’s attempt to take over the company led to a short squeeze resulting in a series of investor lawsuits.

Porsche’s plan to acquire its much bigger rival faltered when the global financial crisis hit. To save Porsche from bankruptcy, VW ended up buying the sports-car maker over the course of several years, leaving only a publicly traded holding company whose main asset is VW shares.

One of the catalysts for VW’s recent share rise has been speculation the company could consider a separate listing of Porsche. Diess poured cold water on those hopes March 16, saying there is “no immediate need” for a stock offering of what is VW’s most profitable brand. VW largely will finance its overhaul from its robust cash flows, the CEO said.

VW is planning to hone its common-platform approach to leveraging economies of scale across its stable of 12 brands to deploy technologies including software, batteries and charging infrastructure.

The company intends to boost its software operation’s headcount to 10,000 as it develops automated-driving features and in-car operating systems. The hiring push would make VW one of Europe’s largest software firms behind SAP SE, improving its chances of catching up to Tesla and countering the risks posed by technology companies such as Apple Inc. and Alphabet Inc.

In the section detailing Traton Group — VW’s commercial vehicle unit — the company noted recent partnerships with and acquisitions of U.S. companies, such as TuSimple and Navistar. Currently, VW does little of its truck business in North America. With these moves, however, the company said it aims to become “a global champion of the commercial vehicle industry.”

Last month, VW said it expects profitability to improve this year. It kept its dividend proposal unchanged even as analysts braced for a cut, and said rising vehicle deliveries will push up revenue up significantly. By 2025 at the latest, VW wants to generate an operating return on sales of 7% to 8%.