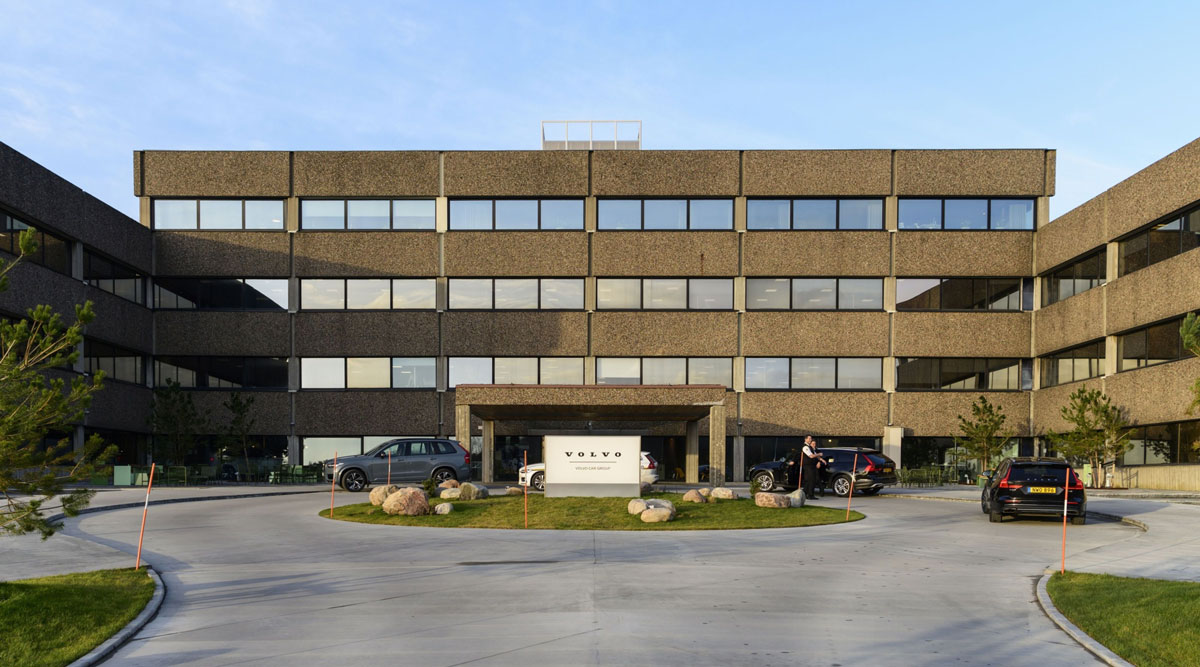 An entrance to the Volvo Car AB headquarters in Gothenburg, Sweden, on Jan. 16. (Mikael Sjoberg/Bloomberg News)

Volvo Car AB is grappling with plant shutdowns and layoffs, but one thing it’s not doing amid the fallout from the coronavirus pandemic is pumping the brakes on autonomous driving development.

The Swedish automaker said it will use sensors from Palo Alto, Calif.-based lidar startup Luminar Technologies Inc. for a self-driving system installed in its cars starting in 2022. It’s the first large-scale production contract with a global automaker for Luminar, which counts Volvo as an investor.

The technical and economic challenges of lidar sensors, which bounce lasers off objects to guide vehicles, have long been a stumbling block for companies looking to compete in the robotic-car race. Lidar systems have been dogged by problems with bad weather like thick fog or white-out conditions and costs that can run into the thousands of dollars.

But Volvo, which is owned by China’s Zhejiang Geely Holding Group Co., and Luminar say they’re using cheaper and better technology. The carmaker plans to use Luminar’s lidar in Highway Pilot, a new platform enabling hands-free highway driving in its cars. Volvo says its system won’t require drivers to keep their eyes on the road at all times.

Volvo is forging ahead despite financial pressure from economic shutdowns triggered by the pandemic. The company eliminated 1,300 salaried jobs last month as part of ongoing changes to its cost structure.

“The priorities we had are standing firm,” said Henrik Green, Volvo’s chief technology officer. “We are actually accelerating our transformation into those priorities.”

In October, Volvo said it would merge its combustion-engine operations with its parent company Geely to cut costs. And last month, it unwound its joint venture with supplier Autoliv Inc. to create a stand-alone company housed within Volvo that focuses solely on full self-driving development.

Green said selling cars to individual consumers is the best way to commercialize autonomous technology, rather than betting on robotaxis or automated delivery vehicles. Luminar says it has been able to reduce costs by making all the parts used itself, including chips, which are the single most expensive component.

Luminar CEO Austin Russell, 25, said more companies seem inclined to buy rather than build self-driving components now that the pandemic has shrunk financial resources. The company is in talks with a dozen other automakers about potential commercialization of its sensors, but he declined to identify them by name.

The shift from developing proprietary systems to embracing outsourced solutions is happening across a range of cutting-edge technologies as the auto industry tightens its collective belt, Russell said.

“It was already happening to some significant extent, and this is just a total waterfall, it’s accelerated it dramatically,” he said. “It separates everything out from what really exists and what’s possible versus what was kind of a pipe dream in the first place.”