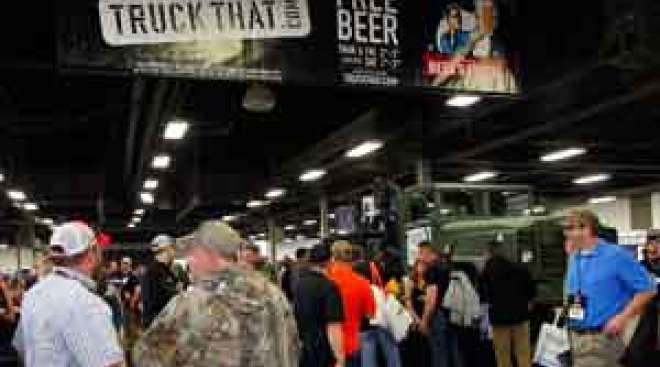 LOUISVILLE, Ky. — Everybody complains about the weather, but nobody ever does anything about it.

So goes the old joke.

To make sure trucking doesn't get painted with the same broad strokes, a team of executives formerly in the fleet service field is developing an online community that intends to take action and find solutions for drivers’ hottest off-duty issues.

At the Mid-America Trucking Show, a coming-out party was held in the Pavilion for TruckThat.com, complete with 24-inch Samsung TV giveaways, loud music, free beer and a well-worn green Army truck.

TruckThat.com is the social media extension of One20.com, a membership community in development for a year for professional drivers that aims to make life on the road more convenient, enjoyable and cost-effective.  With app-based features such as truck-specific navigation, real-time driver intelligence and retail reviews, coupons and rewards programs, One20.com is expected to launch this summer.

“When we were researching what features and products and benefits that we needed to include in our One20 membership, we realized drivers had a lot of negative things to say,” said Christian Schenk, founder and president of One20.com and formerly a senior vice president at XRS Corp. “We didn’t want One20 to become a dumping ground for negativity. We said we’ve got to give these guys a voice right now, so that One20 isn’t about the problems, it’s about the solutions. “

“It’s been beyond our expectations,” he said. “The success is due to the driver community. This is not our content. This is their content. They’re sitting there writing stuff on the website. It’s really them.” 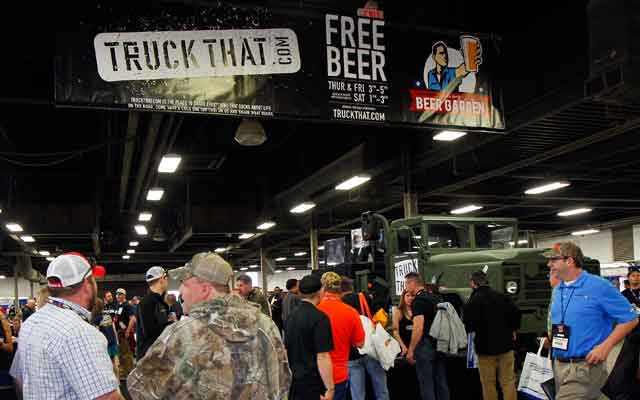 The TruckThat.com booth in the Pavilion at the 2016 Mid-America Trucking Show/John Sommers II for TT

TruckThat.com curates content submitted via the social media channels or uploaded directly to the site. The Facebook page launched just a few weeks ago and was racking up “likes” at the rate of about 1,000 per day during Mid-America, and had more than 18,000 likes as of April 4.

Visitors’ posts typically touch on subjects such as driver pay or travel stop experiences, or involve sharing interesting or funny photos or videos.

So what are truckers’ most common complaints? “The biggest thing we hear is a split between good places to eat healthy options, but I’d say No. 1 is still parking,” Schenk said.

While TruckThat.com is the often-irreverent home for truckers’ beefs, One20.com will be the place where drivers can find solutions to their challenges. Schenk said One20.com will employ a call center that monitors drivers’ reviews. So if a trucker complains about a dirty rest room, for example, the call center will contact the travel stop to let them know of the unfavorable review.

One20.com’s retail partners will be offering discounts and rewards programs and be able to monitor and target members who are in the vicinity or along the route.

“The retailers have a ton of benefit, too. For them, it’s about creating predictability. It’s managing congestion, which improves customer satisfaction,” Schenk said.  He said if one location is too crowded, retailers can incentivize drivers to go to the next stop, where they wouldn’t have to wait as long for food or fuel or showers.

“Our focus is 100% being able to get these guys value on the only part of the day they control: their off-duty time,” Schenk said. “A lot of our sister organizations are out there providing technology to fleets, really help the driver stay efficient while they’re on-duty.  But there’s nobody saying here’s a cheaper meal, here’s a shower you can get for free, here’s parking. Now we’ve already found it for you.”

Jim Doerfler, an owner-operator from Pittsburgh and a truck driver for 30 years, is one of those who was drawn to the TruckThat.com booth at MATS. Doerfler, a Facebook user, sees a social media trucker network as ripe for the times.

“I think it’s a great thing, with the way trucking has changed, this is giving drivers a way to connect and feel more appreciated,” he said.