Trucks Again Carried Most of the Cross-Border Imports and Exports 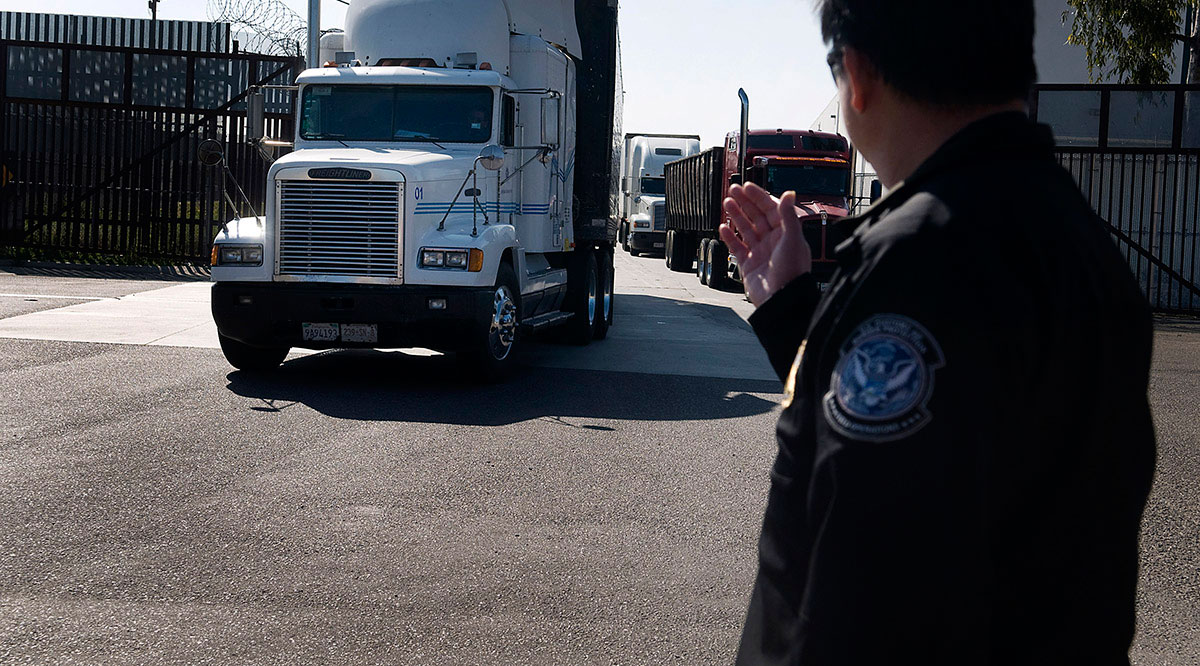 The United States carried more freight by value with its North American Free Trade Agreement partners in October 2017 than in October 2016, according to a study released by the Bureau of Transportation Statistics Jan. 4.

The bureau found that U.S.-NAFTA freight totaled $100.6 billion across all five major transportation modes this past October. That’s a 7.9% rise from October 2016, marking the 12th consecutive month in which the year-over-year value of U.S.-NAFTA freight increased in current dollars from the same month of the previous year.

Trucks were once again the most frequently used mode of freight transportation, accounting for 61.2% of imports and 67.3% of exports. “Trucks carried 64% of U.S.-NAFTA freight and continued to be the most utilized mode for moving goods to and from both Canada and Mexico,” BTS states in its report.

The value of freight flows moving specifically between the U.S. and Canada increased by 6.8% from October 2016 to October 2017. BTS found that trucks carried 57.7% of the value of the freight to and from Canada.

The top commodity passed between the U.S. and its NAFTA partners this October was vehicles and parts. Trucks were used more than rail to carry these goods to both Canada and Mexico.