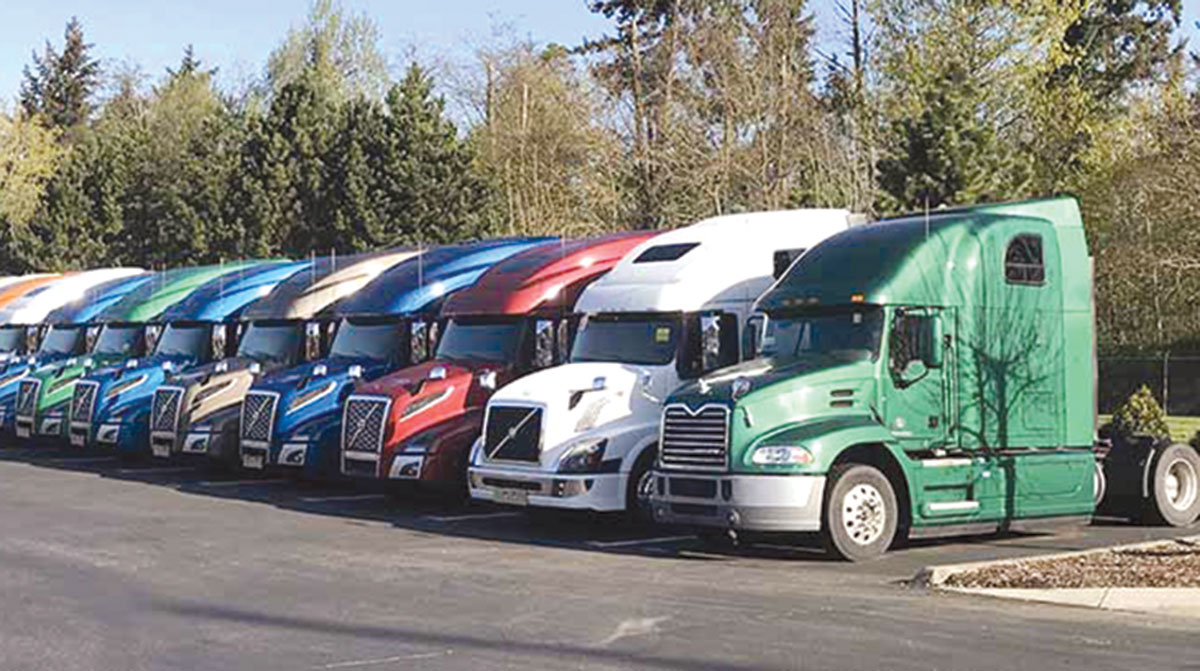 Used Mack and Volvo Trucks on a sales lot. Retail sales fell 30% compared with a year earlier and were down 10% from September. (TEC Equipment)

It also fell 1.5% compared with September’s, a sequential drop that led some to wonder if prices were finally behaving normally.

“As changes go, it was a fairly benign sequential change,” ACT Vice President Steve Tam told Transport Topics. “That has a lot of people in the industry asking, ‘are values in the used truck market stabilizing?’ We are of the opinion that they are not.” 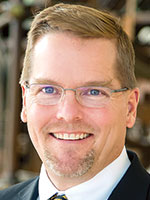 Tam suggested what is occurring is simply a little closer alignment of supply and demand, “but we expect demand to continue to deteriorate at the same time supply is increasing.”

That means increased downward pressure on pricing through the end of the year, he said, “and into next year is kind of the order of the day from our perspective.”

Generally speaking, time is your enemy when you have a depreciable asset like a truck, he said, and he believes most of the “smart players” are trying to move any excess equipment they have as quickly as they possibly can. “Some of them, maybe even to the point they are losing money. But they are doing that to forestall the possibility of losing even more money.”

“The record imbalance of supply and demand in the used Class 8 market is well into the process of resetting but still has at least several quarters to go before finding equilibrium,” Dan Clark, head of vehicle and equipment finance at BMO Commercial Bank, told TT. 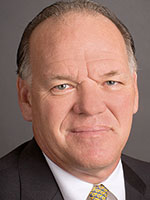 Each month, ACT surveys a sample of dealers, wholesalers and auctioneers as well as a few large fleets to determine average prices, age and mileage, and estimated industry volumes.

Mileage and age are both going up compared with flattening out or falling thanks to continued supply chain constraints limiting sales of new trucks prompting fleets to keep driving what they’ve got longer than usual, Tam said.

Meanwhile, Clark said, “with spot freight rates under significant pressure, financing and operating costs on the upswing, and used equipment values still high by historical standards, spot carriers who were the most active marginal buyers of used equipment throughout the pandemic have largely retreated from the market. Similarly, while multiple sources of financing are still available in the market, rising rates and the slowing economy are beginning to slow the need for financing activity.”

He suggested a combination of improved equipment values, fuel prices, freight rates and financing costs will have to occur to offer a return on the investment that is comfortably above break-even in order for those spot carriers to return.

Tam said the market is doing what the market does, “finding ways to continue to exist.”

Lenders will do what they can to keep the trucks on the road, he said, and at least collect some portion of what’s due them, say interest only, instead of taking the truck back and having to resell it themselves. Also with higher interest rates, lenders have less of an appetite to lend into the most risky categories of buyers now “making it tougher for somebody to come in through that avenue.”

Cowen Washington Research Group in late November reported semiconductors and other critical components in tech cargo were being taken off the rail network and rerouted via trucks ahead of a potentially crippling rail strike (and Congress working to prevent it). “This is despite intermodal being a cheaper alternative to trucks amid rising diesel [prices] — reliability of service is key in supply chain decisions and shippers will absorb near-term costs to ensure critical goods reach consumers on time,” Cowen wrote in the report.

Looking ahead, 2023 is likely to bring weaker growth, less inflation and the end of rate hikes, “with the U.S. narrowly missing a recession, Europe contracting and Asia offering optimism,” the investment banking firm Morgan Stanley noted in its 2023 Global Macro Outlook.