US Unemployment Drops Unexpectedly to 13.3% 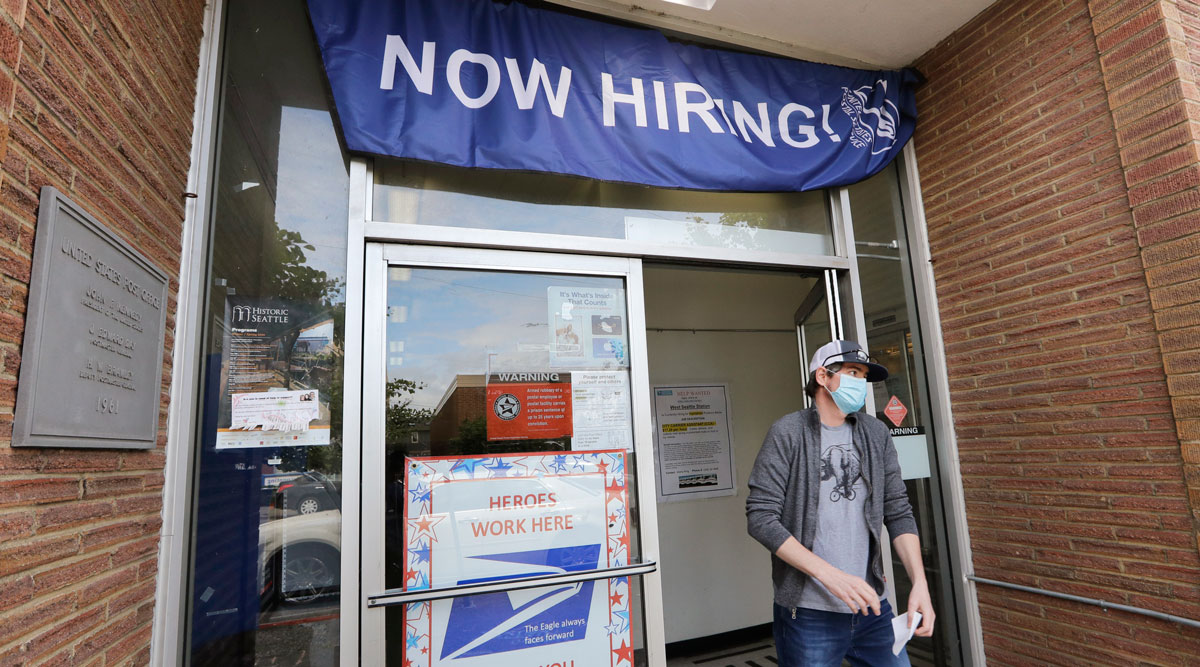 A customer walks out of a U.S. Post Office branch in Seattle on June 4. (Elaine Thompson/Associated Press)

WASHINGTON — The U.S. unemployment rate fell unexpectedly in May to 13.3% — still on par with what the nation witnessed during the Great Depression — as states loosened their coronavirus lockdowns and businesses began recalling workers faster than economists had predicted.

The government said June 5 that the economy added 2.5 million jobs last month, driving unemployment down from 14.7% in April.

For weeks, economists had been warning that unemployment in May could hit 20% or more, rivaling what was seen during the depths of the Depression in the 1930s.

Once again, the Labor Department acknowledged making errors in how it classified people as employed and said the real May rate is worse than the numbers indicate. But the government made the same mistakes in April, and together the figures still show the job market is improving.

The May job gain, which confounded economists’ expectations of another round of severe losses, suggests that thousands of stores, restaurants, gyms and other companies reopened and rehired more quickly than many analysts had forecast.

“We are witnessing the easiest phase of growth as people come off temporary layoffs and come back to their employers,” said Harvard University economist Jason Furman, who led the White House Council of Economic Advisers during the Obama presidency. “And once employers are done recalling people, the much harder, longer work of recovery will have to proceed.”

Most economists expected rehiring to kick in as shutdowns were increasingly lifted and people gradually resumed shopping and eating out.

“The surprising thing here is the timing and that it happened as quickly as it did,” said Adam Kamins, senior regional economist at Moody’s Analytics.

Economists had expected the government to report that employers shed 8.5 million more jobs last month on top of 21.4 million lost in March and April.

Instead, nearly all industries added jobs, a sharp reversal from April, when almost all cut them. Hotels and restaurants added 1.2 million jobs in May after shedding 7.5 million in April. Retailers gained 368,000 after losing nearly 2.3 million. Construction companies added 464,000 after cutting 995,000.

The unemployment rate is still at its highest level since the 1930s era of bread lines and soup kitchens.

The June 5 figures raise a key question for businesses and unemployed workers: How fast will the rebound proceed? For hiring to continue at a solid pace, businesses will probably need to see signs that consumers are starting to resume their pre-outbreak habits of shopping and dining out.

The crisis has also exposed wide disparities: While the unemployment rate for white Americans was 12.4% in May, it was 17.6% for Hispanics and 16.8% for African-Americans.

Even with the surprising gain in May, it may take months for all those who lost work in April and March to find jobs. Some economists forecast the rate could remain in double-digits through the November elections and into next year.

The street protests over George Floyd’s killing that led to vandalism and looting in dozens of cities did not affect the June 5 figures, which were compiled in the middle of May. But business closings related to the unrest could show up in the June report. 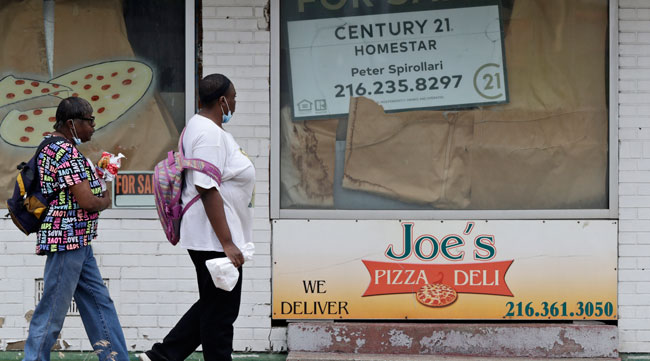 A few businesses are reporting signs of progress even in hard-hit industries. American Airlines, for example, said this week that it will fly 55% of its U.S. routes in July, up from just 20% in May.

And the Cheesecake Factory said one-quarter of its nearly 300 restaurants have reopened, though with limited capacity. Sales are at nearly 75% of the levels reached a year ago, the company said.

The June 5 report made it clear the government continues to struggle with how it classifies millions of workers on temporary layoff. The Labor Department admitted that government household survey-takers mistakenly counted about 4.9 million temporarily laid-off people as employed.

The government doesn’t correct its survey results for fear of the appearance of political manipulation.

Had the mistake been corrected, the unemployment rate would have risen to 16.1% in May. But the corrected April figure would have been more than 19%, rather than 14.7%.

Erica Groshen, a labor economist at Cornell University and a former commissioner of the Labor Department’s Bureau of Labor Statistics, said hiring could ramp up relatively quickly in the coming months and reduce unemployment to low double-digits by year’s end.

“Then my inclination is that it will be a long, slow slog,” she said.

Until most Americans are confident they can shop, travel, eat out and fully return to their other spending habits without fear of contracting the virus, the economy is likely to remain sluggish.

Gwyneth Duesbery, 22, returned this week to her job as a restaurant hostess in Grand Rapids, Mich., as Bowdie’s Chop House prepares to reopen with tables 6 feet apart and seating capacity reduced to about one-quarter.

“I am concerned that it will expose me to potential diseases, and expose others, no matter the precautions that we take,” she said. “It’s kind of uncharted waters.”