US Trade Gap Widened to Second Biggest on Record in November 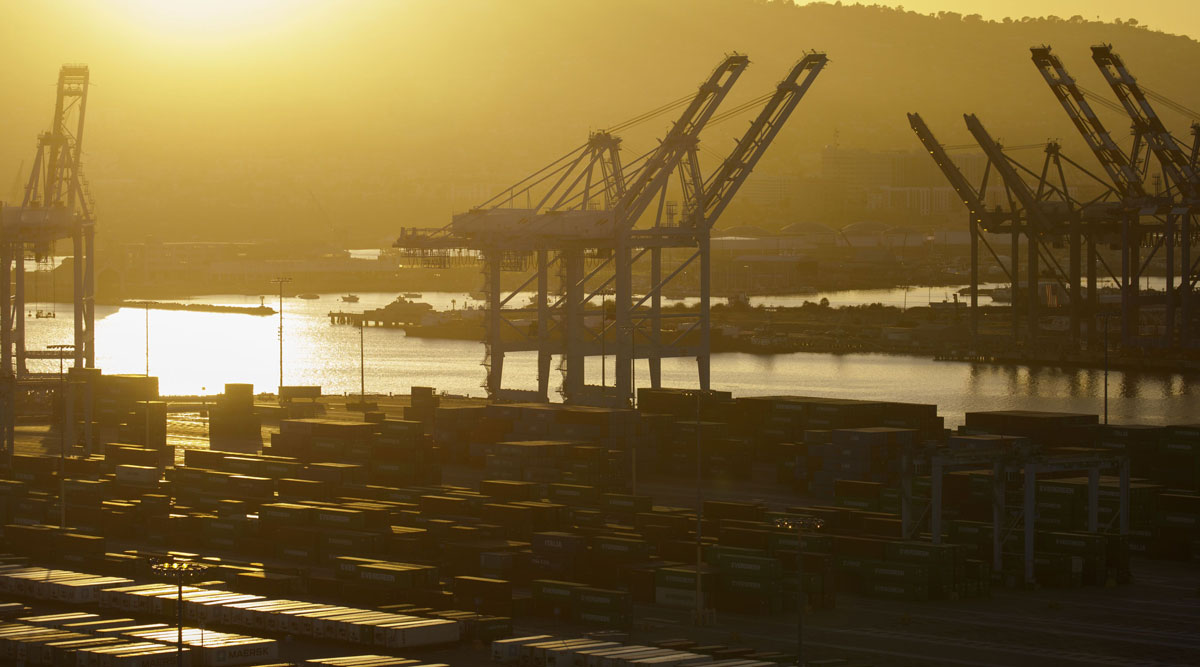 The U.S. trade deficit widened to the second largest on record in November as merchandise imports reached a more than one-year high in the midst of the holiday shopping season, causing the shortfall in goods to climb to the highest yet.

The gap in trade of goods and services expanded to $68.1 billion in November from $63.1 billion in October, according to Commerce Department data released Jan. 7. That compares with a median estimate for a gap of $67.3 billion in a Bloomberg survey of economists. 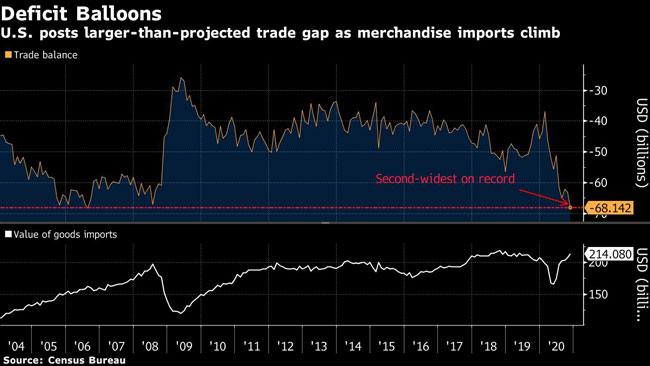 The merchandise-trade deficit increased 6.2% to $86.4 billion, the biggest on record, while the nation’s surplus in services dropped to $18.2 billion, the lowest since August 2012.

The pandemic played a pivotal role in eroding President Donald Trump’s 2017 pledge of “eliminating America’s chronic trade deficit” as it crimped demand and upended supply chains. He slapped hundreds of billions of dollars on China, America’s top trade partner, sparking a trade war that hurt U.S. manufacturing and agriculture even as it protected some slices of industry like steelmakers.

While President-elect Joe Biden has criticized Trump’s strategy and promised to work with global allies to confront China on issues including intellectual property theft, he also has indicated that he won’t immediately remove the tariffs, taking time to review U.S. policy. In November, the goods-trade gap with the Asian nation widened further.

One bright spot was another increase in travel exports, or visitors to the U.S., although it remains at about one-quarter of prepandemic levels.