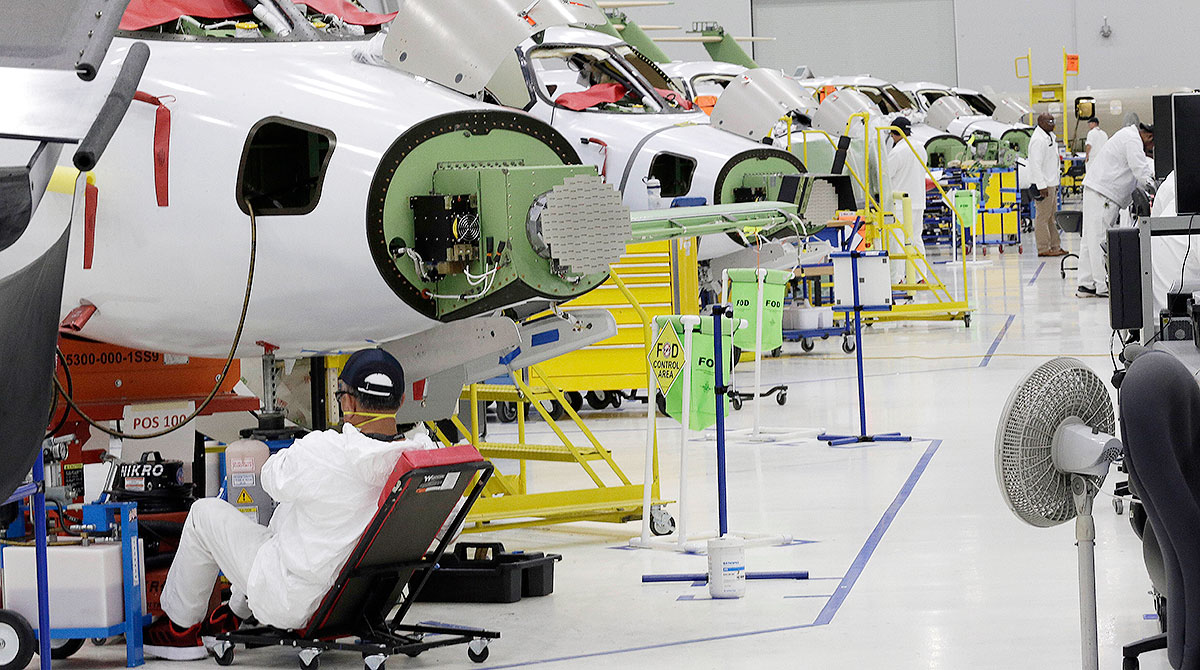 Workers in the production area at the Honda Aircraft Co. headquarters in Greensboro, N.C. (Gerry Broome)

WASHINGTON — U.S. manufacturing output dropped for the third straight month in October as trade tensions and a slowing global economy took a toll on American factories.

The Institute for Supply Management, an association of purchasing managers, said Nov. 1 that its manufacturing index blipped up to 48.3 last month from 47.8 in September. But anything below 50 signals a contraction, and manufacturing has been on a three-month losing streak.

New orders, production and hiring all contracted. But export orders increased in October after falling in September.

JOBS REPORT: US Added a Solid 128,000 Jobs in October Despite GM Strike

President Donald Trump’s trade war with China and conflicts with other trading partners have created uncertainty for manufacturers. They have delayed purchases and investments because they don’t know whether or when Trump will lift taxes on imports and which countries he might target next.