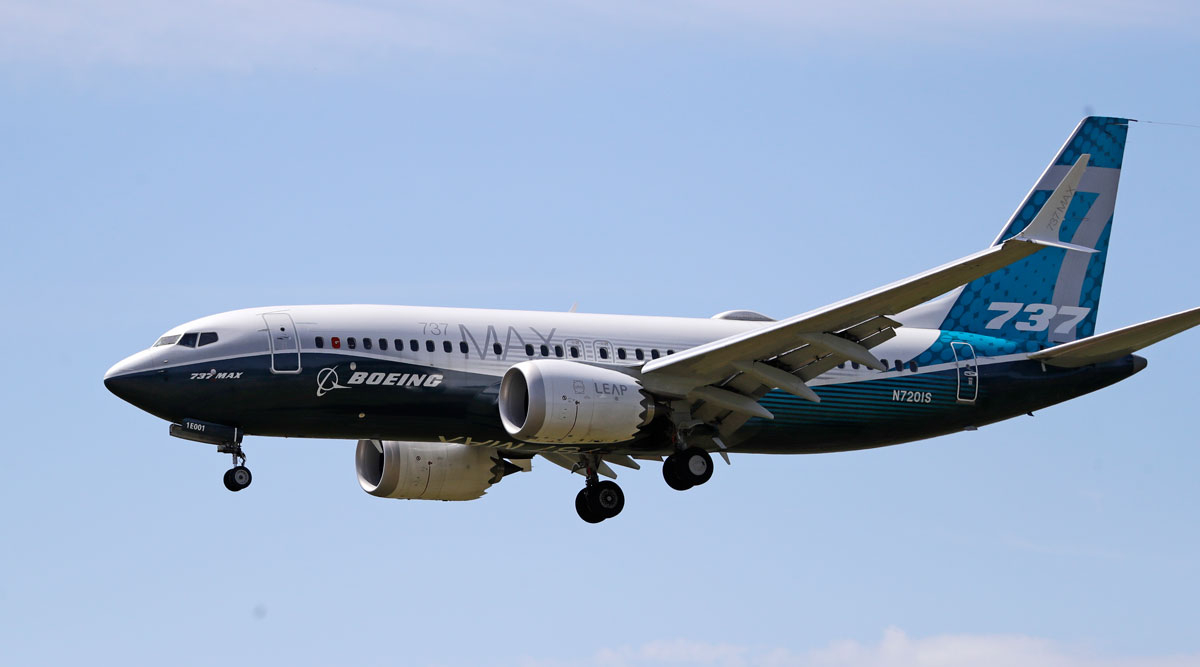 A Boeing 737 Max jet heads to a landing following a test flight in Seattle on June 29. (Elaine Thompson/Associated Press)

WASHINGTON — Lawmakers who criticized regulators over the way they approved the Boeing 737 Max will propose changing the way that the Federal Aviation Administration certifies new plane designs and uses private-sector employees to perform safety analysis.

Leading Democrats and Republicans on the House Transportation Committee said they will introduce their bill Sept. 29 and the committee will consider the measure Sept. 30.

However, with Congress planning to adjourn in early October, and a similar proposal stalled in a Senate committee, the bill’s chances of passage this year appear slim.

The bill would not eliminate FAA’s program of letting aircraft-maker employees perform safety-related analysis for the agency. However, it would give FAA approval over the selection of those employees and allow civil penalties if companies interfere with their work for FAA.

The measure would specifically address issues at Boeing by creating a panel of industry, labor and government officials to review the company’s use of employees to perform safety analysis for FAA, and let FAA’s top official suspend Boeing from the program based on the panel’s findings.

The bill would require companies to tell FAA, airlines and pilots about automated systems that can change a plane’s path. Most pilots did not know about a system on the 737 Max that repeatedly pushed down the noses of planes that crashed in Indonesia and Ethiopia, killing 346 people.

It would also require manufacturers to make realistic assumptions about pilot response time — Chicago-based Boeing was criticized for assuming that pilots would react correctly to the nose-down action of the Max within four seconds.

One of the authors, Transportation Committee Chairman Peter DeFazio (D-Ore.), said the measure would address “gaps in the regulatory system” for approving new planes and improve public safety.

Two weeks ago, a report by DeFazio’s staff blamed the two Max crashes on poor government oversight and design flaws and concealment of problems by Boeing. The report summarized an 18-month investigation.