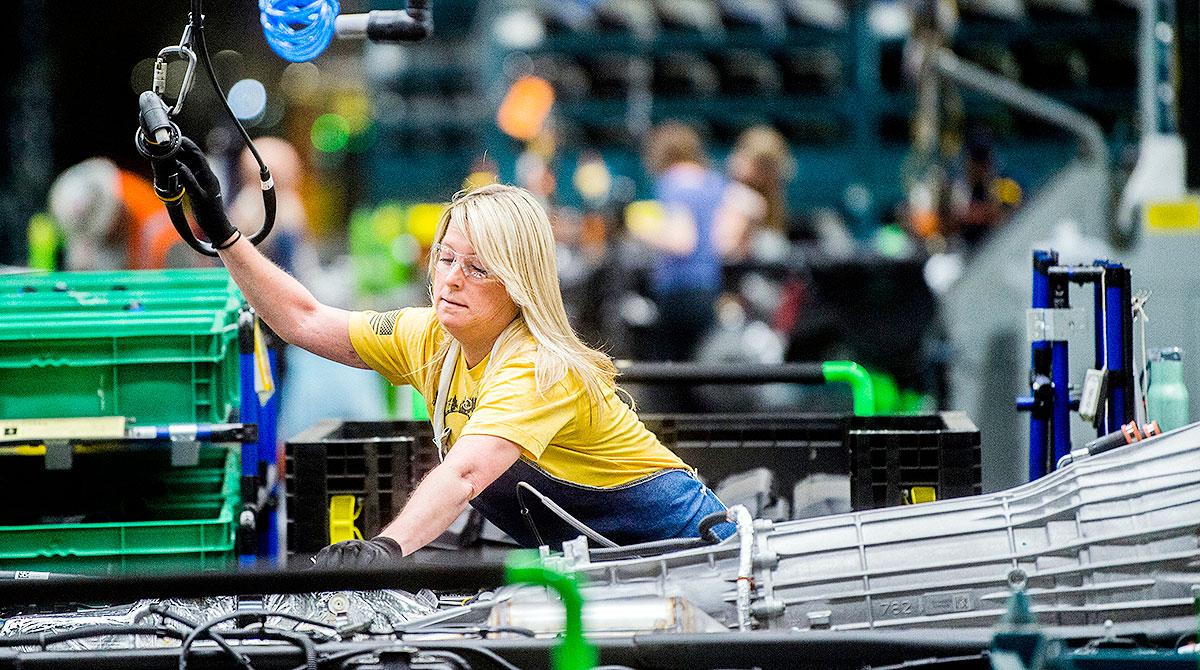 A GM worker on the chassis line in Flint, Mich., in June. (Jake May/The Flint Journal via AP)

U.S. manufacturing output slumped in October by the most in six months as an auto workers strike at General Motors Co. curtailed vehicle production and the trade war continued to weigh on other factories.

The 0.6% decline in output followed a 0.5% decrease the previous month, Federal Reserve data showed Nov. 15. Excluding the 7.1% drop in motor vehicle output, which was the largest since January, factory production decreased a more modest 0.1% for a second month. 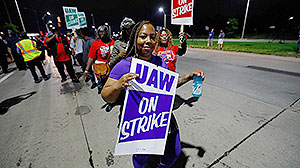 Total industrial production, which also includes output at mines and utilities, slumped 0.8% in October, the largest setback since May 2018.

The data are consistent with other reports showing cracks in the factory sector as producers grapple with sluggish global demand, slower business investment and the U.S.-China trade war. The Institute for Supply Management’s gauge contracted three straight months, while a separate index showed global manufacturing shrank in October for a sixth month.

All major market groups, including consumer goods and business equipment, reported declines in output for at least a second straight month.

Factory production may rebound next month as the striking United Auto Workers reached an agreement with GM late in October. Overall, the strike cost the company nearly $3 billion and lasted 40 days.

Aside from the slump in automaker output, production also retreated at makers of computers, electrical equipment, chemicals, apparel and fabricated metals.

The median forecast of economists in the Bloomberg survey for manufacturing output called for a 0.7% decline.

Of the three main industrial production groups, mining dropped for a second month on weakness in the oil patch, while utilities registered the sharpest drop since June.

The Fed’s monthly data are volatile and often get revised. Manufacturing, which makes up about three-fourths of total industrial production, accounts for about 11% of the U.S. economy.

In other economic news, U.S. retail sales rebounded by slightly more than estimated in October on gains from auto dealers and filling stations, though declines in categories including clothing and furniture stores tempered the advance. 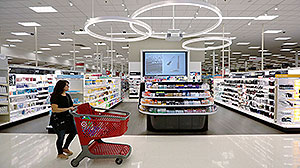 The value of overall sales increased 0.3% from the prior month after a 0.3% drop in September, Commerce Department figures showed Nov. 15. The median estimate in a Bloomberg survey called for a 0.2% advance.

The reading signals consumers remain willing to spend, though at a slower pace than earlier this year, as the robust jobs market and solid wage gains offer reasons for Americans to remain upbeat. Consumers have driven the economy forward in recent quarters, and the Nov. 15 data suggest the trend may continue in the final three months of the year.

But the retail report also included some signs that may point to consumers running low on steam, with seven of 13 major categories dropping. Sales at furniture and home furnishing stores fell 0.9% while food service and drinking places decreased 0.3%, both posting the steepest declines of this year.

Control-group sales have increased an annualized 4% over the latest three months compared with a 6.3% rate in the same period through September.

A separate report Nov. 15 from the New York Fed showed manufacturing weakness persisted this month. The Empire State factory gauge, based on a survey of companies in New York, fell to 2.9, compared with forecasts for a gain, pointing to tepid growth in the sector.

Nonstore retailers, which include online shopping, were a bright spot. They posted a 0.9% gain from the prior month and were up 14.3% from a year earlier, the most of any major group.

Filling-station receipts increased 1.1%, the report showed. The retail figures aren’t adjusted for price changes, so sales could reflect changes in gasoline costs, sales or both.

Spending at automobile dealers climbed 0.5% after decreasing 1.3% in the previous month. That contrasted with industry data from Wards Automotive Group that previously showed auto sales slumped to a six-month low in October.

Excluding automobiles and gasoline, retail sales edged up 0.1% — below forecasts — after a decline the previous month.

Retail sales estimates in Bloomberg’s survey of economists ranged from a 0.2% decline to a 0.7% gain from the prior month.

The sales data capture don’t capture all of household purchases and tend to be volatile because they’re not adjusted for changes in prices. Personal-spending figures will offer a fuller picture of U.S. consumption in data due at the end of the month.