US Is Exporting Every Molecule of LNG Possible 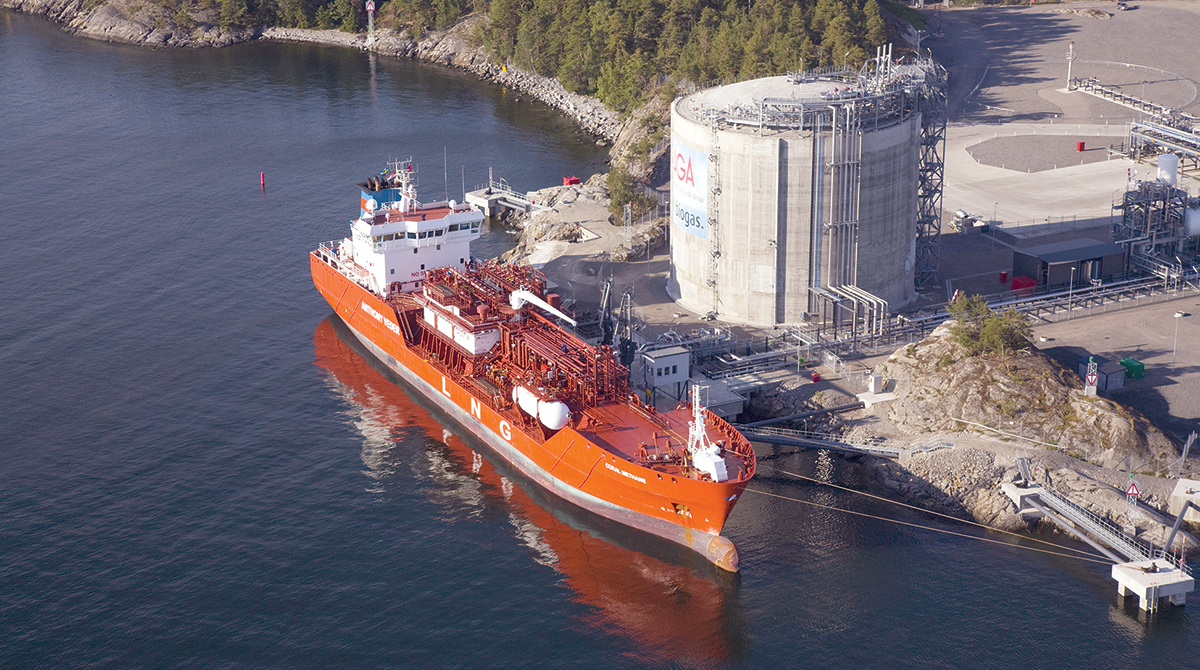 A ship is docked at an LNG terminal in Europe. (Jan Arrhenborg/Wikicommons)

Tankers were docked or loading at all seven U.S. liquefied natural gas export terminals for the first time Feb. 12, marking a small piece of industry history and setting up record flows to the plants amid high prices and tensions in Europe.

The Greek-flagged tanker Yiannis is docked at Venture Global LNG’s Calcasieu Pass plant in Louisiana, which remains under construction but has been given permission by the Federal Energy Regulatory Commission to send out cargoes during the export terminal’s startup process. The arrival Feb. 12 of LNG ships Manhattan at Kinder Morgan’s Elba Island LNG plant in Georgia marked loadings at the other six U.S. LNG export terminals.

Although the tankers are expected to be docked at the same time for less than a day, demand from their loadings helped set a record 13.3 billion cubic feet of natural gas flows to U.S. LNG export terminals on Feb. 12.

Once Calcasieu Pass LNG is in full service, the seven U.S. LNG export terminals will be able to draw as much as 13.9 billion cubic feet of natural gas per day, solidifying America’s lead over Qatar and Australia as the world’s top supplier of the superchilled power plant fuel, figures from U.S. Energy Information Administration show.

Out of the roughly five dozen U.S. LNG cargoes on the water, more than two-thirds are headed to Europe where low winter inventories and tensions between Russia and Ukraine have sent natural gas prices on the continent soaring to more six times the U.S. benchmark Henry Hub.