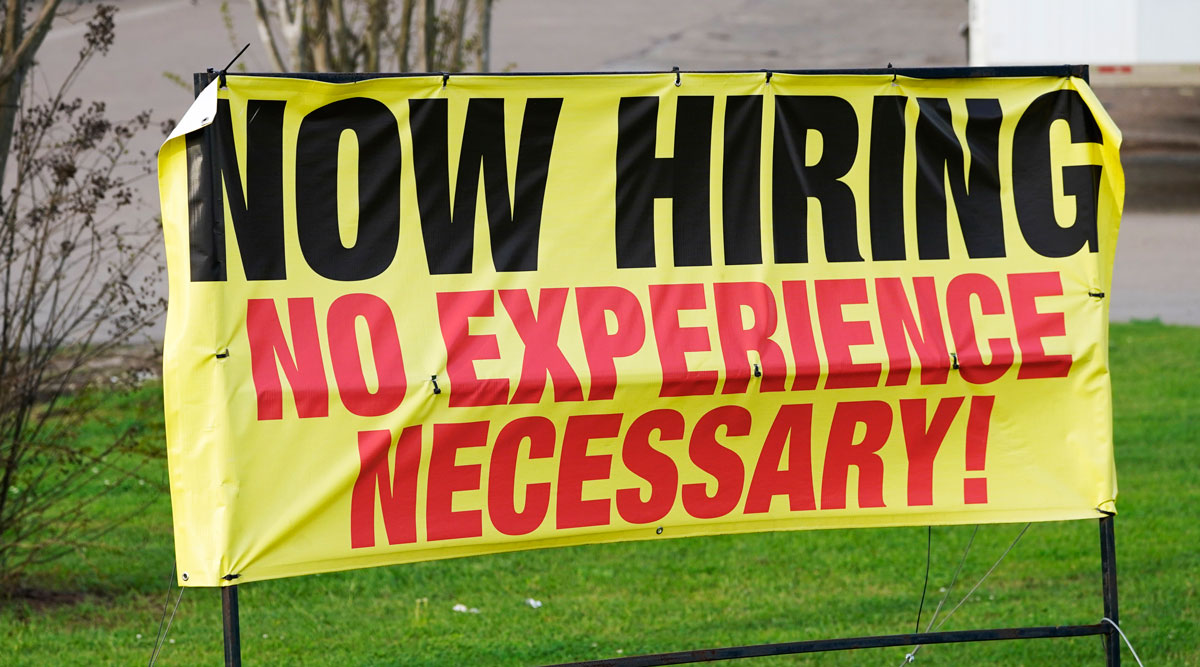 WASHINGTON — America’s employers unleashed a burst of hiring in March, adding 916,000 jobs in a sign that a sustained recovery from the pandemic recession is taking hold as vaccinations accelerate, stimulus checks flow through the economy and businesses increasingly reopen.

The March increase — the most since August — was nearly double February’s gain of 468,000, the Labor Department said April 2. The unemployment rate declined from 6.2% to 6%.

Even with last month’s robust increase, the economy remains more than 8 million jobs short of the number it had before the pandemic erupted a little over a year ago. But with the recovery widely expected to strengthen, many forecasters predict enough hiring in the coming months to recover nearly all those lost jobs by year’s end.

The increasingly bright outlook for the labor market follows a year of epic job losses, waves of coronavirus infections and small business closures. Numerous signs suggest that the economy is improving. Consumer confidence in March reached its highest level since the pandemic intensified.

Last month, hiring strengthened across the economy. Restaurants, hotels and bars — the sector that was most damaged by the virus — added 216,000 jobs. Construction companies, aided by better weather after severe storms in February, gained 110,000.

Manufacturers added 53,000. And professional and business services, which include such well-paying fields as engineering and architecture, gained 66,000.

In another encouraging sign, about 500,000 women returned to the workforce last month and found jobs, in part a reflection of school re-openings around the country. Women disproportionately quit jobs or stopped looking for work during the pandemic, in many cases because they had to care for children attending school online from home. A reversal of that trend will be important as employers seek to rapidly rehire.

A survey found that manufacturing grew in March at its fastest pace since 1983. And vaccinations are increasingly being administered, although new confirmed infections have risen from lower levels in recent weeks.

The $1,400 checks in President Joe Biden’s $1.9 trillion economic relief plan have sharply increased consumer spending, according to Bank of America’s tracking of its debit and credit cards. Spending jumped 23% in the third week of March compared with pre-pandemic levels, the bank said.

Spending had begun to rise in March even before the stimulus checks arrived as viral case counts have tumbled from their heights in January. Americans are increasingly willing to venture out from home to travel and eat out, though not yet at their pre-pandemic pace. Roughly 1.5 million people traveled through airports on March 28, according to the Transportation Services Administration. That was roughly eight times the figure of a year ago, although it was still down sharply from 2.5 million on the same day in 2019.

The burgeoning economic activity is showing signs of translating into more jobs.

Karen Fichuk, CEO of Randstad North America, a recruiting firm, said the company is seeking to fill 38% more permanent jobs than it was at the end of last year. Demand for workers is particularly strong in manufacturing, information technology, logistics, and health care.

Job listings on the website Indeed.com jumped in the last week of March, with available jobs now 13.5% above pre-pandemic levels. Jed Kolko, Indeed’s chief economist, said that job postings in higher-paid sectors, such as financial services and technology, have accelerated in the past couple of months.

The surge of hiring last month raises an important question: Can it continue at the same pace?

Besides the 8.4 million fewer jobs that now exist in the U.S. economy than just before the virus struck, an additional 2 million or so jobs would have been added in the past year under normal circumstances. That means the U.S. economy still needs roughly 11.5 million more jobs to regain something close to full health.

Louise Sheiner, a senior fellow at the Brookings Institution and formerly an economist at the Federal Reserve, has estimated that hiring could average between 700,000 and 1 million a month for the rest of the year, if the economy expands at the 6.5% pace that the Fed and many economists expect. That would leave total job growth for 2021 at somewhere between 7 million and 10 million.

In part, her forecast is based on the fact that the pandemic recession has deeply hurt labor-intensive parts of the economy, from hotels and restaurants to health care and the entertainment industry. A recovery in those sectors, even a partial one, would require significantly more hiring. In addition, Sheiner said, higher consumer spending, fueled by stimulus checks and pent-up savings, should drive job growth in other industries.