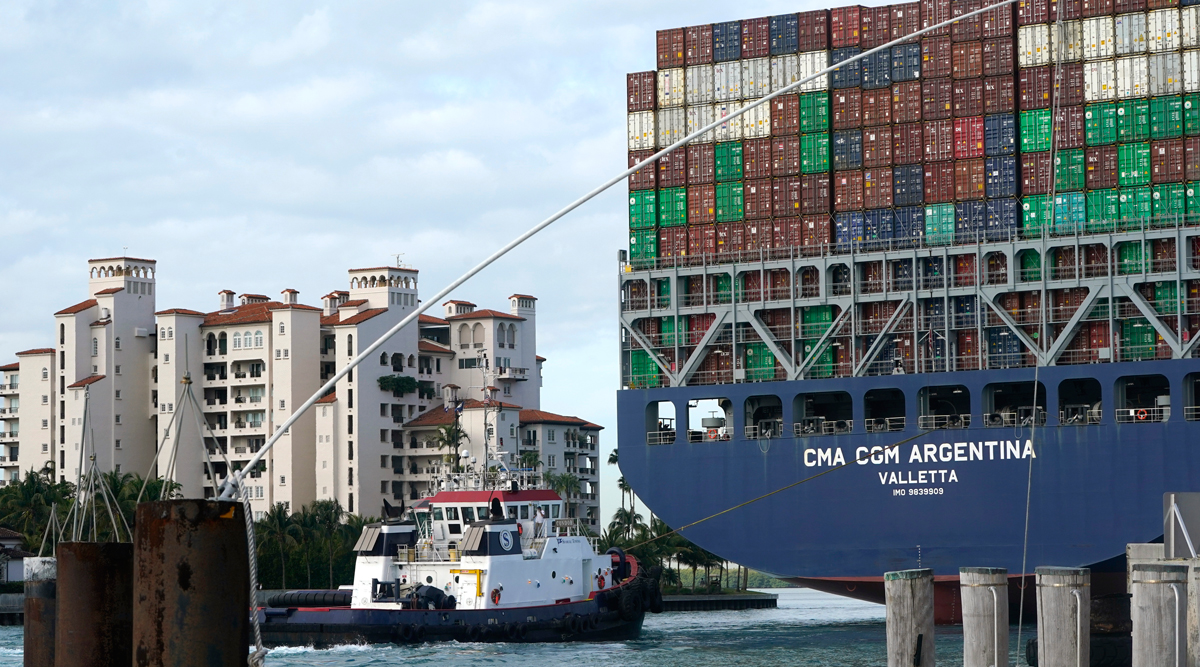 WASHINGTON — The U.S. economy grew at a solid 6.4% rate in the first three months of the year, setting the stage for what economists believe may be the strongest year for the economy in about seven decades.

Growth in the gross domestic product, the country’s total output of goods and services, was unchanged from two previous estimates, the Commerce Department said June 24, an acceleration from the 4.3% pace of the fourth quarter.

Economists believe that economic growth has continued to accelerate in the current quarter, which ends this month, as vaccinations become widespread and Americans eager to get outside are being welcomed by newly re-opened businesses. Surging activity from consumers is being fueled in part by nearly $3 trillion in financial support that the government has approved since December.

Additional economic data that emerged June 24 also points to a nation that has regained its footing quickly after being thwacked by a global pandemic, though jobless claims remain stubbornly above 400,000.

“This summer will be hot for the U.S. economy,” said Lydia Boussour, lead U.S. economist for Oxford Economics. “As the health situation continues to improve, consumers sitting on piles of savings will give into the urge to splurge on services and experiences they felt deprived of during the pandemic.”

Boussour forecast that GDP growth in the current April-June quarter will surge to an annual rate of 12% and growth for the entire year will come in at 7.5%. That would be the best annual performance since 1951.

Even economists whose forecasts for 2021 growth range from 6% to 7% believe growth this year will be the best since a 7.2% gain in 1984, when the U.S. was emerging from an extended and painful recession.

Economists believe growth this quarter will be enough to push GDP output above the previous peak reached at the end of 2019 before the pandemic struck and cut off the longest economic expansion in U.S. history.

The data released June 24 was government’s third and final look at first-quarter GDP, and arrived along side a separate report from the Commerce Department that showed May orders from U.S. factories for big-ticket manufactured goods rose for the 12th time in the last 13 months.

Orders for durable goods — meant to last at least three years — climbed 2.3% in May, reversing a 0.8% drop in April. That heated activity is taking place despite a backlogged supply chain and a shortage of workers.

Factories anticipating a return to normalcy or better are ramping up operations to match demand as jobless claims continue to tick lower.

The number of Americans applying for unemployment benefits dropped last week as the job market continues to heal, albeit more slowly than many economists expected at this point in the recovery.

Jobless claims fell just 7,000 from the previous week to 411,000, the Labor Department said June 24. While that is far from the rush to work that has been anticipated for some time now, weekly claims have fallen steadily this year from about 900,000 in January.

Even if job growth has not met most expectations, Americans are spending money and lots of it as summer kicks off.

Consumer spending, which accounts for more than two-thirds of economic activity, grew at a sizzling annual rate of 11.4% in first three months of the year, the Commerce Department said Thursday. It’s likely that some of that spending is being juiced by a round of $1,400 individual payments that were included in the $1.9 trillion support package Congress passed in March.

The first-quarter spending gain reflected increases in goods purchases, led by auto sales, and gains in spending on services, led by food services and travel accommodations, two areas that have benefited from the re-opening of the economy as vaccinations have increased.

Business investment grew at a strong 11.7% rate, better than the previous estimate of 10.8% growth, while government spending increased at a 5.7% rate, slightly below last month’s estimate of a 5.8% gain.