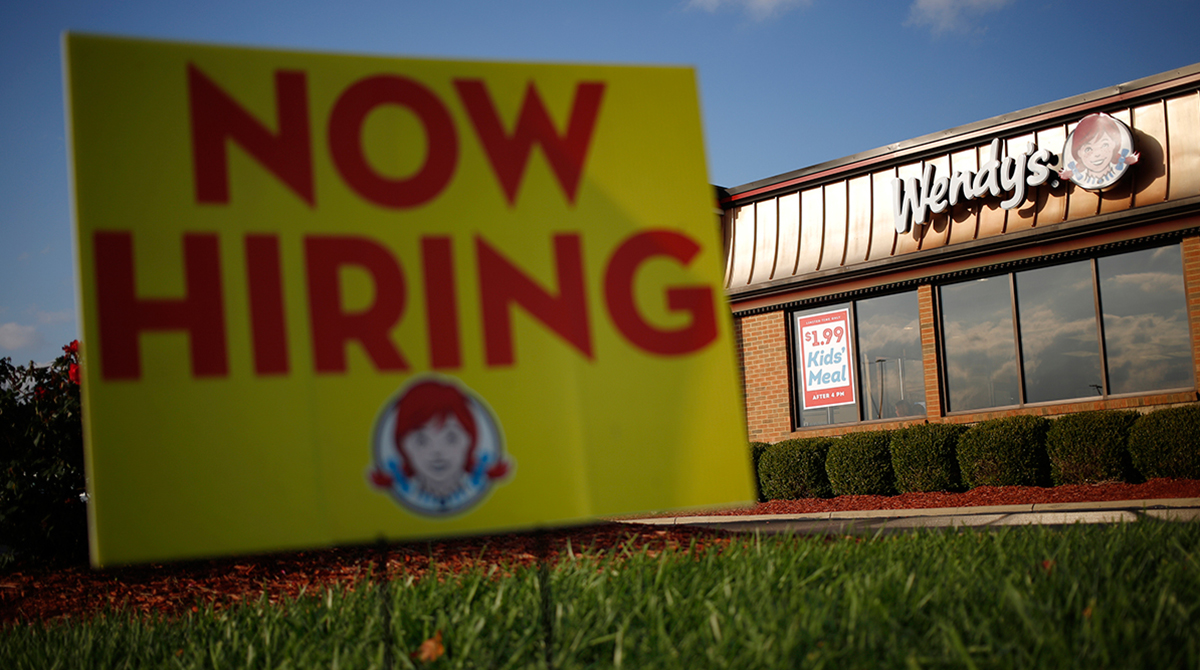 A hiring sign in front of a Wendy's. (Luke Sharrett/Bloomberg News)

U.S. companies added more jobs than forecast in September, the most since June, suggesting that ongoing hiring challenges are beginning to ease as more Americans return to the workforce.

Businesses’ payrolls increased by 568,000 last month, led by leisure and hospitality, after a revised 340,000 gain in August, according to ADP Research Institute data released Oct. 6. The median forecast in a Bloomberg survey of economists called for a 430,000 rise.

The stronger pace of hiring indicates that companies had greater success filling open positions after enhanced federal unemployment benefits ended Sept. 6 and as schools reopen, allowing some parents to return to work. Even so, it will take more time to reach a full labor market recovery — total employment measured by ADP remains well below pre-pandemic levels.

The data come ahead of the monthly employment report from the Labor Department, which currently is forecast to show the U.S. added 450,000 private payrolls in September. While the ADP data don’t always follow the same pattern as the Labor Department’s data, the acceleration could point to a strong September report.

Service-provider employment increased 466,000 in September, led by payrolls at leisure and hospitality businesses, which rose by 266,000 during the month.

Payrolls at goods producers climbed by 102,000, mostly driven by gains at construction and manufacturing firms, both the most in a year.

“Current bottlenecks in hiring should fade as the health conditions tied to the COVID-19 variant continue to improve, setting the stage for solid job gains in the coming months,” Nela Richardson, ADP’s chief economist, said in a statement.