WASHINGTON — In 2013, the congestion-related cost to trucking companies in six major Texas urban areas was $1 billion.

By 2016, that number had jumped to $6.3 billion, according to Caroline Mays, director of the Texas Department of Transportation’s Freight and Intermodal Trade Section.

Mays spoke Jan. 13 at the Transportation Research Board’s annual meeting in a session titled “Identifying Research Priorities in Last-Mile Delivery for 2019 and Beyond.”

Speakers at the Walter E. Washington Convention Center addressed the challenges of urban freight, especially in the final mile of the commercial journey.

Major retail outlets such as Amazon are building distribution centers closer to population centers, making freight analysis all the more important to transportation planners, Mays told an audience of about 40.

But Amazon may not be using Class 8 or Class 7 trucks to make final-mile delivery. 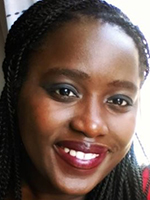 Indeed, some of the smaller vehicles assisting trucking companies for final-mile deliveries are bicycles, with cargo areas attached.

But wide-scale use of such vehicles is unlikely, so the trucking challenges cannot be ignored by New York City, she said, as the city’s population of 8.6 million is growing.

New York City has about 6,000 miles of streets and 12,700 traffic signals, Peters Mendes said. But expanding those roads to accommodate trucked freight has been a challenge. Meanwhile, from 2010 to 2015, there has been a 29% increase in residential deliveries in New York City.

The city plans to unveil a strategic freight plan in 2019 that will include informing citizens of freight challenges.

Changing the hours of delivery also is key, Peters Mendes said. Most truck deliveries take place from 7 a.m. to 7 p.m. City officials have been in contact with 900 retailers to discuss moving freight deliveries to off-hours.

And the city wants to address one of the trucking industry’s biggest problems, overnight truck parking. Peters Mendes said New York City will be looking for privately run and publicly owned options for truck parking.

In Texas, the state has been spending money to relieve congestion in the East Texas “triangle,” which includes Austin, Dallas, Fort Worth, Houston and San Antonio.

Between fiscal years 2016 and 2019, the state plans to spend $6.6 billion to ease congestion. Mays said a side benefit to the road improvements will be to final-mile delivery and trucking in general. 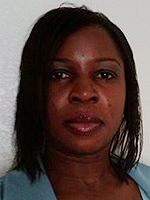 “[The spending] is actually addressing freight issues, a side benefit,” Mays said.

TRB is the world’s largest gathering of transportation professionals, and this year’s 98th annual meeting runs Jan. 13-17. More than 13,000 people are expected to attend.