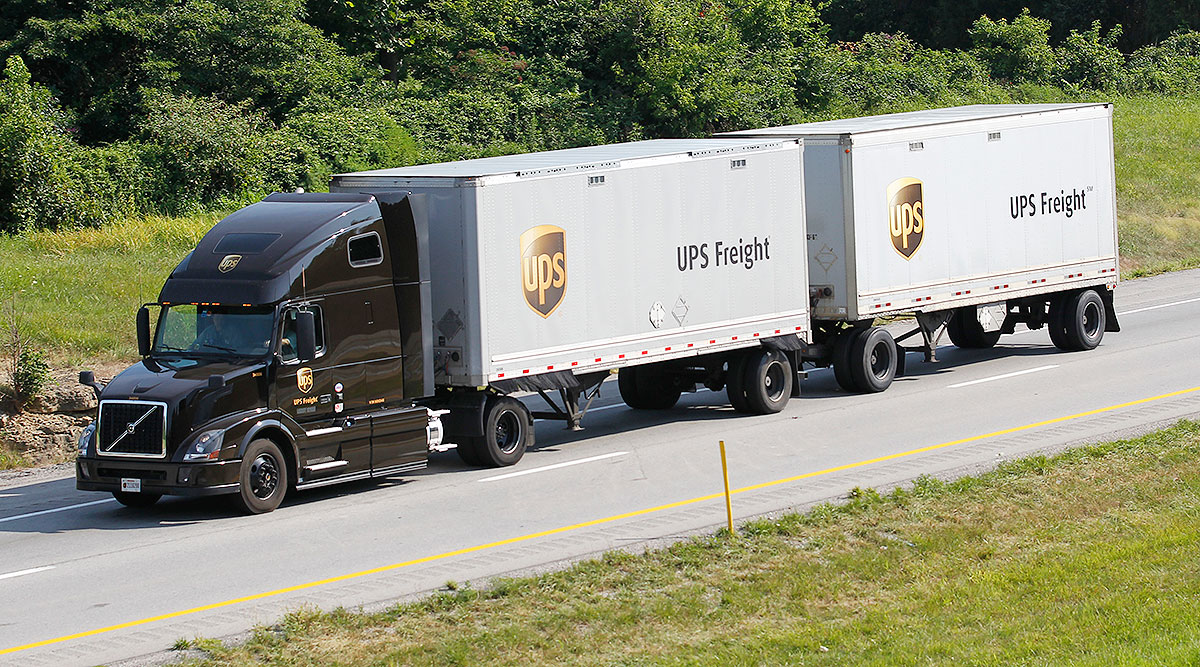 Update, Nov. 11, 10 p.m. ET: UPS Freight workers approved a new five-year deal by a 77-23% margin, averting a strike. About 84% of eligible members voted. According to the Atlanta Journal-Constitution, UPS said it will resume normal operations and begin picking up freight as it receives orders. Click here for TT's latest story. Our earlier story:

UPS Inc. is advising its freight customers to explore alternative shipping plans as the threat of a strike by workers represented by the International Brotherhood of Teamsters looms should members reject the company’s latest contract offer.

The union has authorized its leaders to call for a strike if the contract offer is voted down.

“UPS and the Teamsters Freight National Bargaining Committee concluded the current round of discussions on Oct. 25,” UPS said in a statement provided to Transport Topics. “UPS made an offer we believe should be ratified. It is an offer that rewards our employees with wages and benefits at the top of the industry and compensates them for their contributions to the success of the company.”

Atlanta-based UPS said it will stop picking up shipments of larger, heavy items on Nov. 7 to avoid any potential freight disruptions, and aims to empty its freight network by Nov. 9.

“We are disappointed that the Freight Teamsters union leaders have chosen to announce the potential for a strike, should their members vote ‘no’ on the offer,” UPS said in the statement. “The company has now begun discussions with UPS Freight customers to inform them of the potential for service disruption and the need to arrange alternative carriers. Because we do not have a guarantee against a work stoppage, we cannot afford to put our customers’ volume at risk of being stranded in our system.”

An estimated 12,000 unionized freight workers are in the bargaining unit. Should members choose to strike, it would be the first at UPS since a 16-day walkout in the summer of 1997.

UPS and the Teamsters spent most of the summer at the negotiating table. A tentative agreement for UPS Freight was reached in early October but the union’s rank and file membership rejected it by a vote of 4,255 to 2,601, forcing the two sides to restart negotiations.

In a statement, the Teamsters said: “Unfortunately, the company refused to address a number of key issues for our members. The company presented the negotiating committee with a last, best and final offer on Oct. 24 that our members will vote on beginning on Nov. 7 with the results announced on Nov. 11. This could all have been resolved by the company addressing the key issues at the negotiating table.” Specifically, the Teamsters said it wanted UPS to address worker concerns regarding more restrictions on subcontracting and pay protections for drivers who perform dock work.

Should members vote yes on the offer, UPS said normal service would resume Nov. 12 or “shortly thereafter.” The previous contract between UPS and the union expired on July 31, and the two sides extended the current agreement while the talks were taking place. The extension expires Nov. 12 at 12:01 a.m.

The UPS Freight unit is significantly smaller than its parcel division, which has more than 250,000 package drivers, package handlers and sorters. A strike wouldn’t affect the parcel business, which generates about 60% of the company’s revenue. A new contract for that unit has been ratified.

“Customers can remain confident UPS is ready to continue to serve its small package customers throughout the holiday season and beyond,” UPS said.

The freight unit makes up about 5% of UPS’ sales and has the lowest profit margin.