UPS, FedEx Out to Prove They Can Profit in Holiday Season 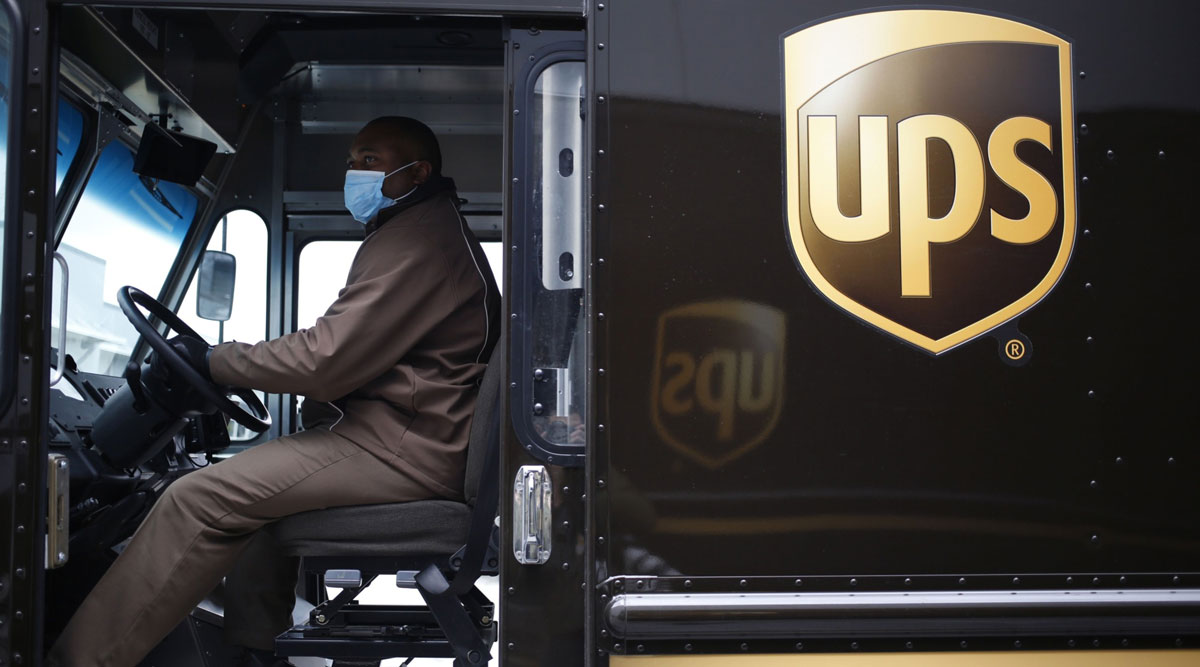 UPS Inc. and FedEx Corp., riding high from record package deliveries amid the coronavirus pandemic, are moving on to their next objective: showing investors they can boost profit in the approaching onslaught of the holidays.

FedEx followed UPS and the U.S. Postal Service this week in setting aggressive peak-season fees, signaling increased pricing power with retailers ahead of what’s expected to be an unprecedented year-end surge of packages. The couriers also will compete with Amazon.com Inc. to hire hundreds of thousands of seasonal drivers as the e-commerce giant ramps up its distribution network.

The holiday rush sets up an exam of sorts for UPS and FedEx, which are winning over Wall Street after putting billions of dollars into automated sorting centers, air freighters and routing software. With their seasonal price increases, they’re seeking to prove they can extract more profit from the flood of residential deliveries while keeping customers satisfied. That also means dodging the risk of a logjam.

“We are going to hit a capacity crunch this peak season, and there is no silver-bullet solution for it,” said Glenn Gooding, president of iDrive Logistics, a consulting firm that helps shippers lower delivery costs. “There’s just not enough available capacity to handle the influx."

The pandemic already has pushed more retail sales online and spurred soaring delivery demand at UPS and FedEx. That’s helped propel the companies to a share gain of 37% apiece this year, placing them in the top 10 of a Standard & Poor’s index of U.S. industrial companies. The broader gauge slipped 6.1%.

“The parcel sector has become investable for the first time in several years,” said Allison Landry, an analyst at Credit Suisse Group AG. 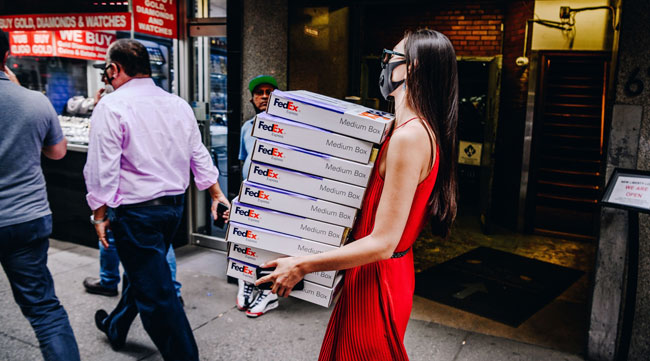 Quarterly delivery volumes have climbed about 20% from a year earlier for UPS and FedEx, and 50% for the post office. In the holiday season, total package volume is set to jump as much as 70% from last year, said Mike Lambert, chief operating officer at shipper consulting firm Green Mountain Technology.

For UPS and FedEx, home shipments are costlier than those to businesses, where each location tends to receive more packages and the distance between stops usually is shorter. The flood of residential deliveries and the extra cost to protect workers from COVID-19 have pressured profit margins at both companies, and it’s unclear if the extra holiday fees will stem that erosion.

Meanwhile, on-time delivery has deteriorated since the pandemic hit, and both major couriers suspended service guarantees in March. In July, the percentage of on-time deliveries dropped to the low 90s from high 90s before the virus, according to SJ Consulting Inc.

In response to the surcharges, retailers likely will encourage consumers to purchase earlier than usual. Stores may promote curb-side pickup of online orders and use crowd-sourcing companies for home delivery, said Jess Dankert, vice president of supply chain for the Retail Industry Leaders Association, a trade group. Walmart Inc. and Ace Hardware Corp. are handling deliveries from stores themselves.

Retailers also are looking to alternatives such as regional package carriers, but many can’t keep up with demand.

The peak-season packages handled by DHL could double from last year, said Lee Spratt, who runs the company’s e-commerce operation in the Americas. DHL has a waiting list of about 500 customers for when peak season is over.

“We’ve seen a lot of large retailers that have sole-sourced contracts, and that is going to change,” Spratt said. “You’ll see a lot of customers working much harder on more diverse delivery strategies as we go forward.”

Stores could make deliveries more efficient by consolidating orders rather than trying to compete with Amazon on next-day and two-day deliveries, said Satish Jindel, founder of SJ Consulting. Consumers are more concerned with packages arriving on time than with the speed of delivery, he said.

The price increases won’t stop with the holiday surcharges announced this month, Jindel said. UPS and FedEx have raised rates about 5% annually for the past several years and probably will boost prices at least 7% next year, he said.

Meanwhile, they will face intensified competition from Amazon. Heading into the holidays, the online giant will have expanded its space for sorting and delivering packages by 50% from a year earlier.

While Amazon still will depend on UPS and the post office to help deliver packages, the retailer eventually will compete more with UPS and FedEx to pick up third-party residential and business packages, Jindel said.

For now, however, the big couriers are throwing their weight around. With demand spilling over, even smaller parcel carriers such as Austin, Texas-based Lone Star Overnight are thinking about adding extra holiday fees.

“Shippers are looking at this and are in sticker shock,” Dick Metzler, CEO of LSO, said of the surcharges at UPS and FedEx. “I’ve got more demand than capacity.”