Union Pacific, Unions Sue Each Other Over Vaccine Mandate 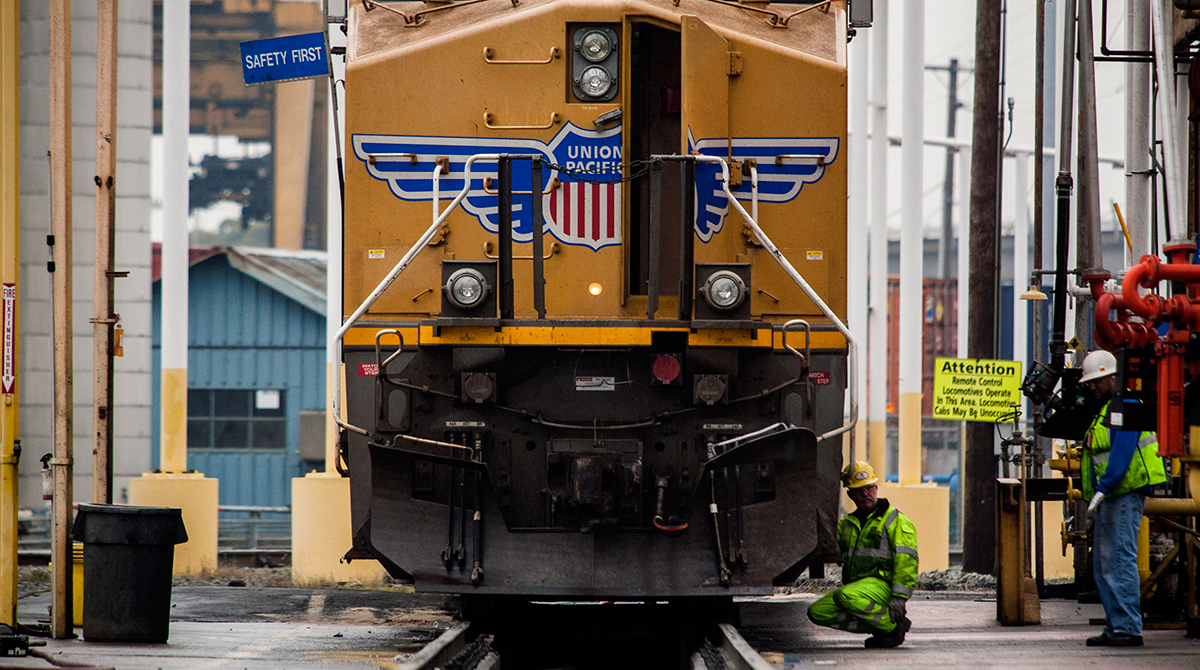 OMAHA, Neb. — Union Pacific and its labor unions are suing each other to determine whether the railroad has the authority to require its employees to get vaccinated against the coronavirus.

The unions argue that the Omaha, Neb.-based railroad should have negotiated with them before announcing it would require all employees to get the shots. The railroad contends in its own lawsuit that it believes it has the authority to require the vaccine under its existing contracts because it can set standards for when employees are fit for duty.

On the same day the Sheet Metal, Air, Rail and Transportation Workers — Transportation Division, or SMART-TD, union filed its lawsuit against the railroad, Union Pacific filed its own lawsuit Oct. 15 against SMART-TD and two other unions that objected to the vaccination mandate to force the issue.

“This action is necessary to prevent any disruption of the national rail network and to avoid any impact on America’s supply chain, as it continues to recover from the pandemic,” Union Pacific spokeswoman Kristen South said in a statement.

Vaccine mandates from governments and other businesses have generated resistance in various workplaces.

The railroad told employees that they would be medically disqualified under their contracts rather than fired if they didn’t get the shots.

But the unions said Union Pacific was unfairly changing the conditions of their employment without bargaining over it as required.

“We also recognize the seriousness of the pandemic, but such does not permit the carrier to institute an arbitrary policy, which will have a sweeping effect on the current working conditions at Union Pacific Railroad,” SMART-TD officials said in a letter to railroad executives.

The engineers’ union pointed out to the railroad that many people across the country have been reluctant to get vaccinated.

“The carrier certainly must be aware that there is a substantial divide in this country when it comes to the COVID-19 vaccination,” officials from the BLET union wrote to the railroad. “Moreover, it should come as no surprise that many of our members are opposed to being forced to get a vaccination, for a variety of reasons, while many have already been vaccinated.”

Union Pacific is one of the nation’s largest railroads. It operates 32,400 miles of track in 23 Western states.