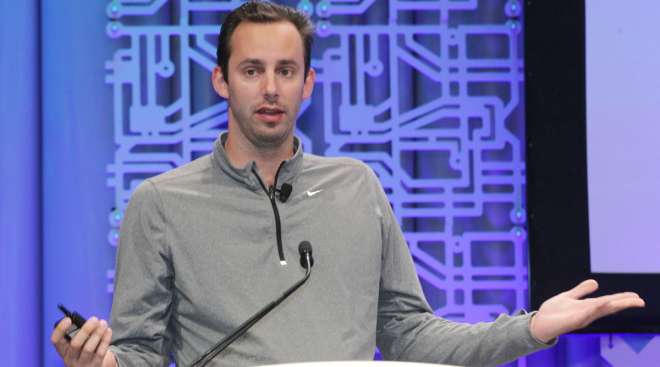 Uber Technologies Inc. threatened to fire the man at the center of its legal battle with Alphabet Inc., telling its top driverless technology engineer, Anthony Levandowski, to either deny taking files from his former employer or turn them over.

Uber General Counsel Salle Yoo made the demand in a May 15 letter to Levandowski, citing a court order. Yoo told him that failure to comply with the demand could result in his termination from the company, according to a court filing. The engineer formerly worked at Alphabet’s Waymo unit.

“If you do not agree to comply with all of the requirements set forth herein, or if you fail to comply in a material manner, then Uber will take adverse employment action against you, which may include termination of your employment,” Yoo wrote in the letter.

Levandowski led Uber’s autonomous vehicle program until he was demoted last month. The Alphabet unit claims he downloaded thousands of confidential files before he left the company to launch his own self-driving startup, Otto, that was acquired by Uber for $680 million.

Levandowski, who isn’t a defendant in Waymo’s lawsuit, argued in a court filing that U.S. District Judge William Alsup’s May 11 order had imposed an impossible burden on the engineer. It forces him to choose between his Constitutional rights against self-incrimination or his job, and the order should be amended, his lawyer, Miles Ehrlich, wrote in the filing.

The order "leaves little room for interpretation," Ehrlich wrote. "Anything short of firing Mr. Levandowski to get him to waive his Fifth Amendment rights and attorney-client privileges would put Uber at risk of contempt, since it would fail to measure up to the court’s command that Uber exercise every lawful power it has over Mr. Levandowski."

Alsup has asked federal prosecutors to investigate claims made in the case.

While the letter might appear to signal a shift in Uber’s attitude toward Levandowski, it’s much more likely intended to serve both of their immediate needs, according to Jim Pooley, a lawyer at Orrick in Menlo Park, Calif.

“Uber has now demonstrated compliance with an important aspect of the judge’s order, while at the same time making a record for Levandowski to challenge the order on the basis that he has been forced to choose between his job and his constitutional rights,” Pooley said.

The letter from Yoo was attached to a May 18 filing in Waymo’s trade secret theft lawsuit against Uber.

“We continue to believe that no Waymo trade secrets have ever been used in the development of our self-driving technology, and we remain confident that we will prove that fact in due course,” Yoo wrote. “Until then, we insist that you do everything in your power to assist us in complying with the order.”