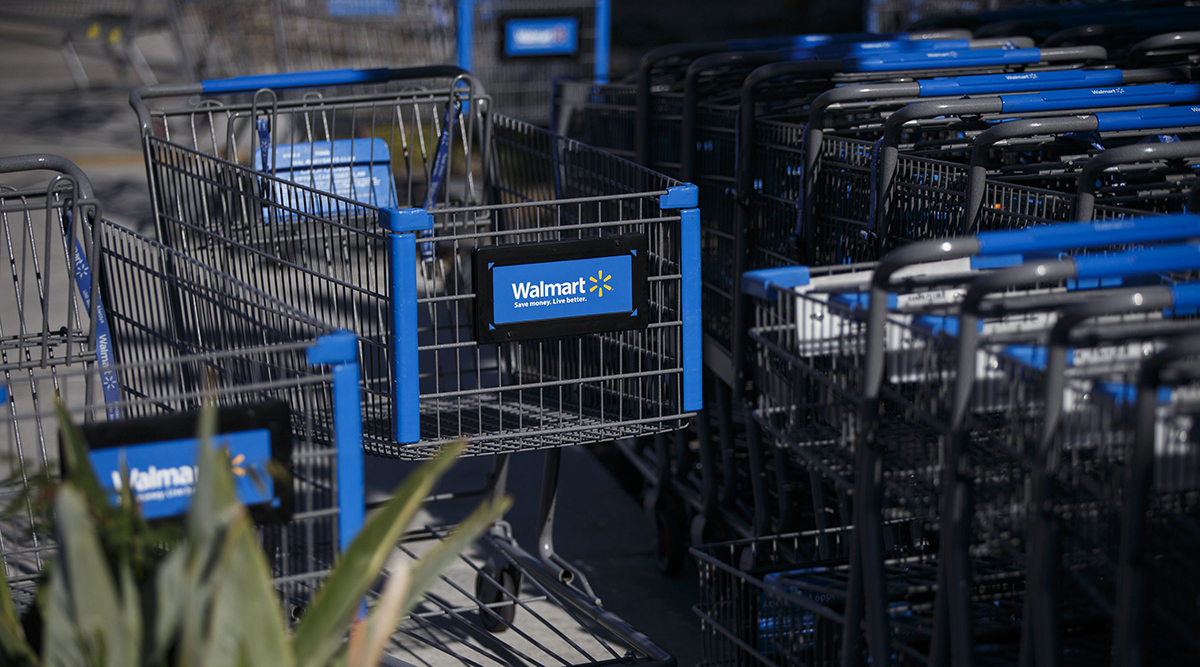 The Walmart logo is displayed on shopping carts outside a store in Burbank, Calif. (Patrick T. Fallon/Bloomberg News)

Walmart Inc. is losing two key executives in its U.S. operation as the retail giant ramps up its online offerings and attempts to reverse last year’s disappointing stock market performance.

Chief Merchandising Officer Scott McCall will retire after almost three decades with the company, according to a memo to employees from John Furner, who heads Walmart’s U.S. business. McCall has held the role since early 2020. Chief Customer Officer Janey Whiteside, who helped rethink the company’s approach to e-commerce, will leave in March, Furner said.

“While we are sad to see her go, we respect her decision and wish her all the best,” Furner said. Whiteside, who spent more than 20 years at American Express Co. and joined Walmart in 2018, will “start her next chapter in New York with her family,” Furner said.

Whiteside’s departure removes a leader from the company’s Walmart+ membership program, which was designed to vie with Amazon.com Inc.’s Prime. Whiteside also developed Walmart Connect, a digital advertising venture, while creating “a new look and feel for stores,” Furner said. The retailer is seeking her replacement.

Walmart+ was announced in September 2020 and was widely seen as Walmart’s answer to Amazon’s popular Prime service. But Walmart has released few details about the program, such as how many members it has.

The Bentonville, Ark.-based company, which often makes leadership changes shortly before the end of its fiscal year at the end of January, named Charles Redfield to take over as chief merchandising officer, effective immediately. McCall will work with U.S. Chief Operating Officer Chris Nicholas on “inventory management and flow” before departing, Furner said.

Walmart is also looking for a new chief financial officer after saying in November that CFO Brett Biggs would leave by early 2023.